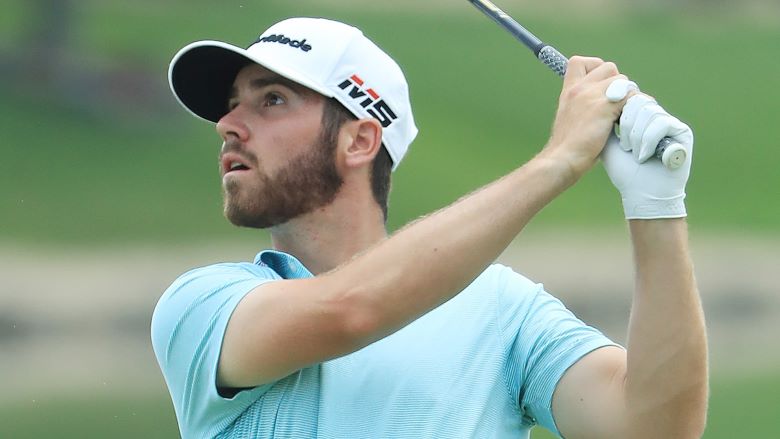 Matt Wolff had seven birdies and an eagle on moving day in Detroit.

Bryson Chambeau hit the bombs but Matt Wolff had a few of his own and he out-birdied Chambeau and everyone else on July Fourth Moving Day at the Rocket Mortgage Classic.

It was a splendid effort for the 21-year-old, who hasn’t had a top 10 on the PGA Tour since his win last year at the 3M.  He had all the right moves on Saturday at Detroit Country Club with a card that featured seven birdies and an eagle on his way to a second straight 54 that got him to 19-under par and three-better than his closest competitors.

One of those competitors was Chambeau, who was launching drives of 363 on the first hole, 371 at the 13th and 361 at 14.  By day’s end, however, his 67 left him tied at 16-under with Ryan Armour.  Armour posted his round first and will play in the final pairing with Wolff on Sunday.  DeChambeau will be in the next-to-last group with Troy Merritt.

Wolf looked good all day and was trying to play with a care-free attitude.  “I tell myself not to care,” Wolff explained.  “What happens, happens.  It takes the pressure off all these shots and it seems to be working out pretty well.”

Wolff noted that he missed the cut at this event last year then won the next week at the 3M.  “I feel like I’ve improved every part of my game,” he said.

As for DeChambeau, with his added bulk and foot-twisting drives, he was often 100 yards or more ahead of playing partner Mark Hubbard.  “My driving is getting better each and every day,” DeChambeau said.  “I found some ball striking stuff today.”  He hit 14 of 17 greens, 10 of 14 fairways and had 29 putts for his round.

“I just gotta close,” DeChambeau said.  He’s has been the tour’s best performer over the first four events on the re-start.