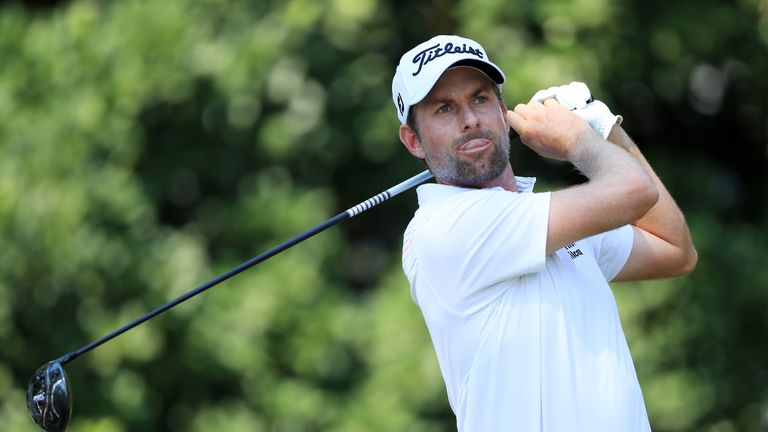 The week after The Masters usually means a nice, relaxing,  low-key trip to Hilton Head Island for the Heritage but this week the PGA Tour resumes its cross-over season at the RSM Classic at Sea Island.

Sea Island is home to a lot of players, including Webb Simpson, and the world’s No. 6 heads this week’s lesser-known field along with defending champion Tyler Duncan.  The only other top 10 player showing up this week is Tyrrell Hatton, who missed the cut at last week’s Masters.  Simpson finished in a tie for 10th at the season’s final major, shooting rounds of 67-73-71-68.

The field at The Heritage is only 108, it’s an invitational.  The RSM is a full-field, 156-player event and hopefully there will be enough daylight as they use two courses for the first 36-holes.  The Seaside course is a par 70 and they play the first two days there and at the par 72 Plantation course, considered the easier of the two.  After the 36-hole cut the field plays the final two rounds on the Seaside.

Other notables in the field include players who were in The Masters.  World No. 16 Tommy Fleetwood finished tied for 19th, Lee Westwood made some noise early in the week but fell down into a tie for 38th.  Louie Oosthuizen was in the hunt at Augusta National after 36-holes but fell back on the weekend and finished in a tie for 23rd.  Louie is now ranked 20th in the world.

Joaquin Niemann had to withdraw from The Masters after he tested positive for COVID-19 but hopes to be back this week.

Duncan won last year in a playoff with Simpson after both players finished at 19-under par.  Duncan shot 61 in the second round at the Plantation course then closed with 65 on Sunday at Seaside.  He beat Simpson on the second playoff hole, the 18th, with a birdie.