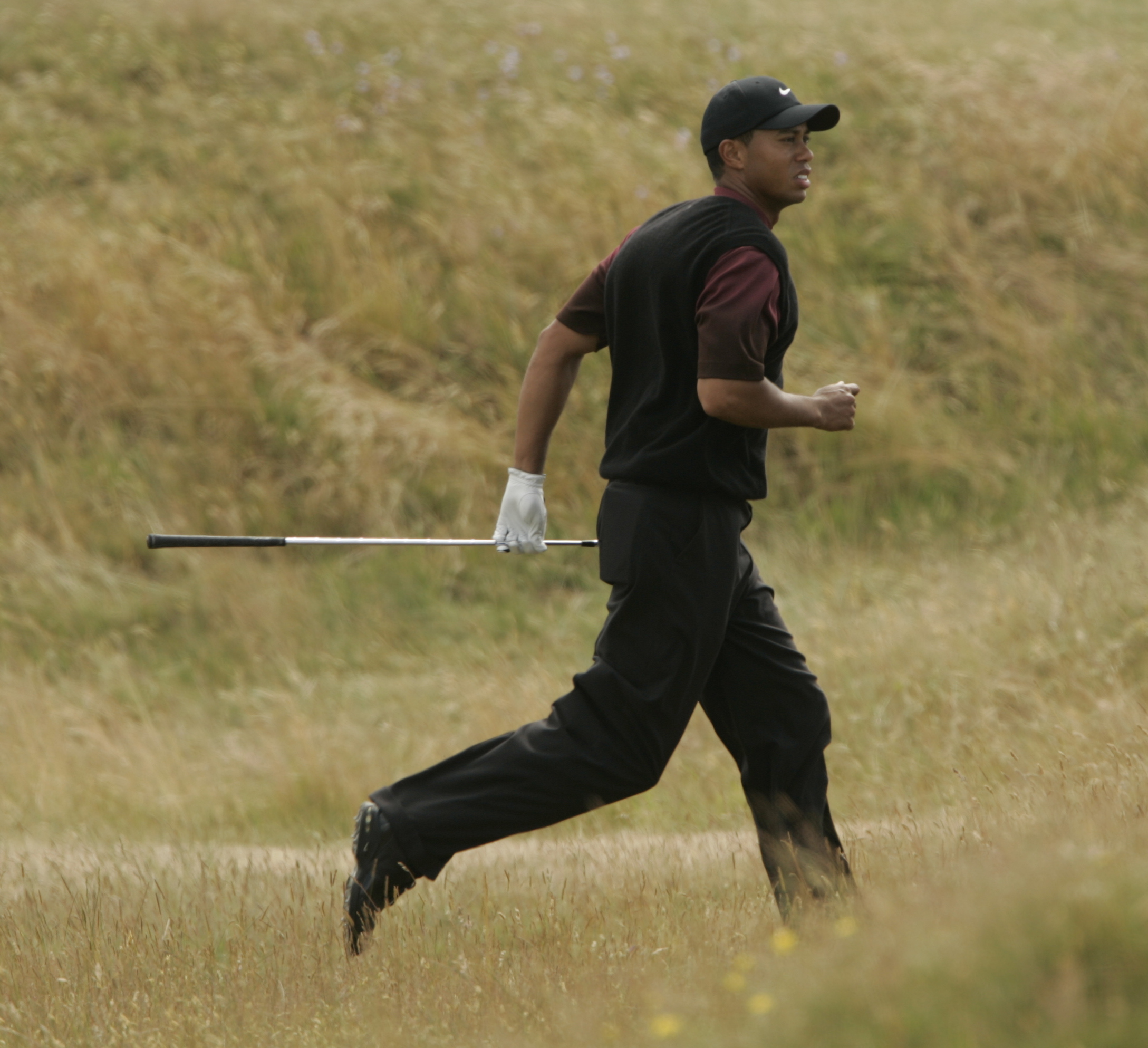 The Old Course at St. Andrews will measure a tad north of 7,300 yards this week.

It’s going to play more like 6,300 — it’s that firm, that fast.  In fact, the fairways will play faster than the greens.

Witness the fact that in Monday’s champions parade, Tiger Woods had a 50-yard pitch shot into the second hole.  It plays 459 yards on the scorecard.

So the logical question looming around the old town of St. Andrews this week is — will some of these long hitters totally dismantle The Old Course?  Is someone going to shoot 22-under par or more?

Let’s explore how The Old Course might defend itself.

Pin Positions:  The R&A sets up the course and it knows all too well how far today’s players hit the golf ball.  The greens at St. Andrews can be set up with some very perplexing pin placements and given the fact that the greens are already firm and will get firmer with each day, they could end up quite treacherous by the weekend.

Fast Fairways:  Sure fast fairways equal monster drives.  Don’t be surprised to see players hitting drives past the 400-yard mark.  The problem with fast fairways is that the ball can roll, roll and roll some more and a bounce off a mound can land you in a deep pot bunker and it’s a sideways pitch out.  Those same rolling drives can find their way into the gorse.  Gorse equals unplayable.

Wind:  The winds will average about 15 miles per hour each day but gusts can come up any time — and they can be in the 20 mile per hour range.  The wind will come from the west the first two days then switch west-southwest on the weekend.

Rain:  There’s a 70 percent chance of light rain Friday morning but that’s it.

Large Greens:  There are only four single greens on the Old Course — No. 1, 9, 17 and 18.  The rest are extraordinary large double greens and they always add up to 18 — for instance, the second green is a double green with 16, the third is a double green with 15.  Distance control on the greens will be a challenge.  Players choosing to hit it really long off the tee can leave themselves with some awkward wedge shots that are difficult to spin.  On The Old Course, the greens average 22,000 square feet.  For comparison, the greens at Augusta National average around 6,400 square feet.

Gorse:  Ball-eating scrub bushes all over The Old Course.  Gorse thorns are stronger than needles.

Dangerous Bunkers:  There are 112 bunkers on The Old Course — many have names — The Cottage bunker spells trouble at the fourth, The Seven Sisters are to be avoided at the fifth, along with The Spectacles at the par five fifth; the Strath bunker at the 11th guards the front of the par three — Hill Bunker guards the back.  It is the Hill Bunker Bobby Jones found in 1921 and after taking too many shots to get out, he tore up his scorecard.  The Coffins stand vigil at 13 then at the par five 14th is the famous Hell Bunker.  Jack Nicklaus once tangled with it and lost — made a 10 on the hole. The Principal’s Nose is found on the 16th and at 17 is the famous Road Hole Bunker.  Only two holes have no bunkers — the first and 18th.

Here’s Where They Will Score:

The Loop holes yield the most birdies and in some cases — eagles.  It is called The Loop as the players make the turnaround from the first six holes and prepare to head to the homeward stretch.  The seventh (359 yards) starts The Loop.  Eight is 166 yards, short par three.  The ninth is driveable but just about the entire field at 347.  Ten is 340.  The famous 11th, where Bobby Jones found the Hill Bunker, is a challenge while the 12th is reachable by everyone at 316 yards.  “Ye can nay play St. Andrews unless ye can cane The Loop!”  And that means playing those holes well under par.

The stretch home gets your full attention and over the years, the 17th, the famous Road Hole, has broken a lot of hearts.  David Duval got stuck in that bunker, too close to the wall.  So did Tommy Nakajima — two of its many victims.

As for the 18th, it’s a birdie hole these days.  Too bad it wasn’t for Doug Sanders.

So how low will the winner go this week?

In 2005 Tiger Woods was the longest and strongest player in the game and arguably the best putter.  That year he shot 19-under par to win.

Will someone go that low this week?

There could be birdies and eagles flying all over the place for a couple of days but things tend to get tougher on the weekend.

The Old Course is made for it.

Ways To Watch The Open Championship:

Live From The Open Championship:

Every day before and after all broadcasts.