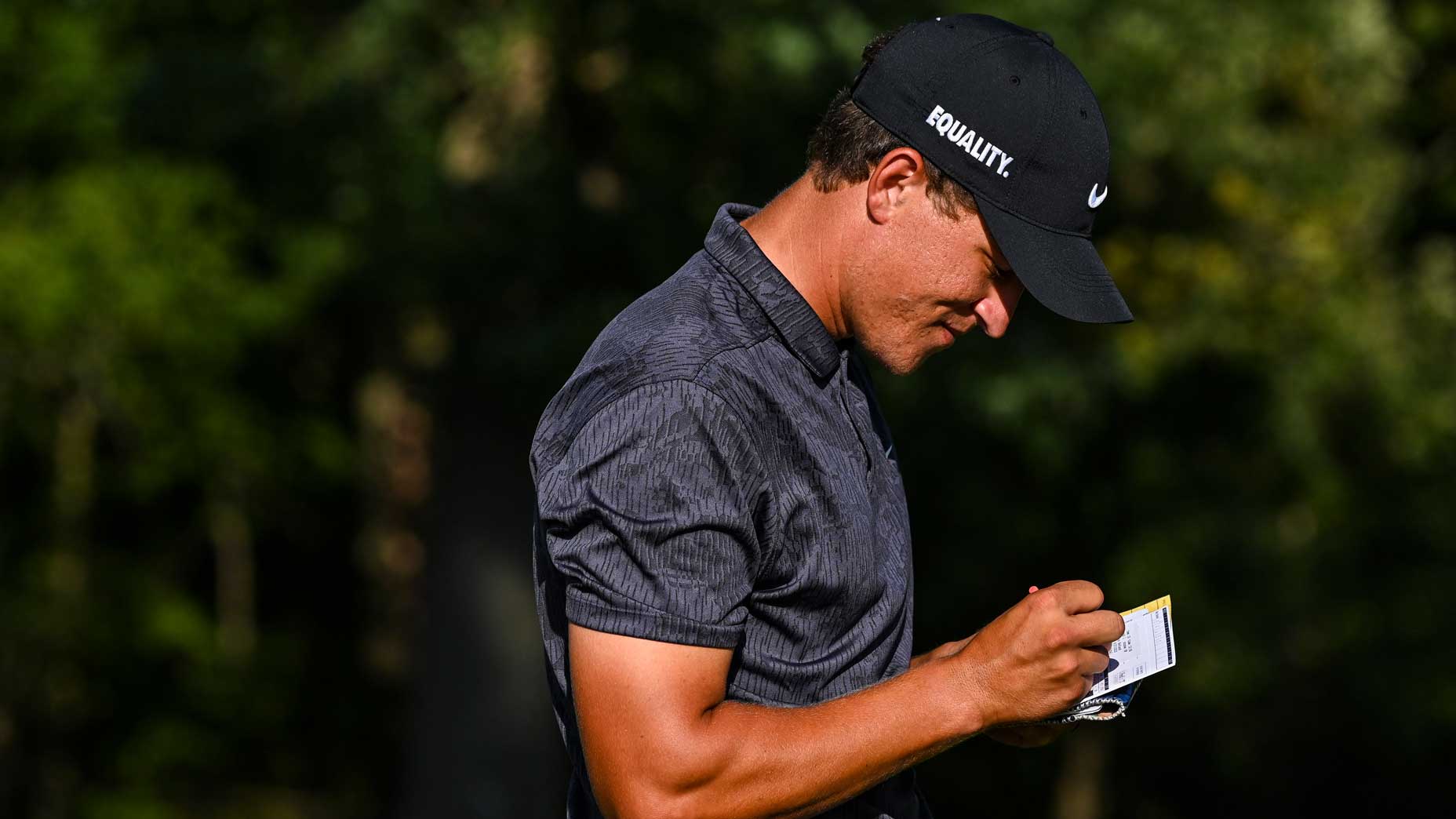 Winds blowing 20-25 miles per hour and 27 lakes in play on the TPC Twin Cities made for a pretty ugly first round at the 3M Championship on Thursday.

There was all sorts of evil hitting the field but by day’s end it was Scott Piercy and Sungjae Im from the morning wave atop the leaderboard with six-under par rounds of 65.

No 65s in the afternoon as winds got stronger and more balls headed for the water.

Hideki Matsuyama dunked not one, not two but three balls at the par five 18th and took a quadruple-bogey nine on his way to a 77 that inspired him to WD.

Defending champion Cameron Champ took a triple at the second, shot 41 for his first nine hole and went 17 holes without a birdie.  He broke the drought at the 18th when he was on the fringe in two and ran in a 56-footer for a closing eagle and a round of 76 — it will still be tough for him to make it to the weekend.

Most recognizable name in the field is Tony Finau and he put himself into the championship conversation with a 67 in the afternoon, tying him for third with four others.

With only two events left in the regular Tour season, this one’s a scramble for FedEx Cup points and players trying to push themselves off the bubble and into the top 125.

Good day for scoring on the Kings Course at Gleneagles on Thursday as Stephen Ames and Glen (all) Day fired six-under par 64s to lead the first round of the Senior Open Championship.

Jerry Kelly birdied his final five holes and was a shot back, in with 65 along with Darren Clarke, Paul Broadhurst and Kent Jones.

U.S. Senior Open champion Paddy Harrington put himself in the mix with a 66, as did Ernie Els.  Bernhard Langer’s 67 kept him in touch with the lead.  Schwab points leader Steven Alker recorded a 68 while defending champion (2020) Stephen Dodd turned in a one-under par 69