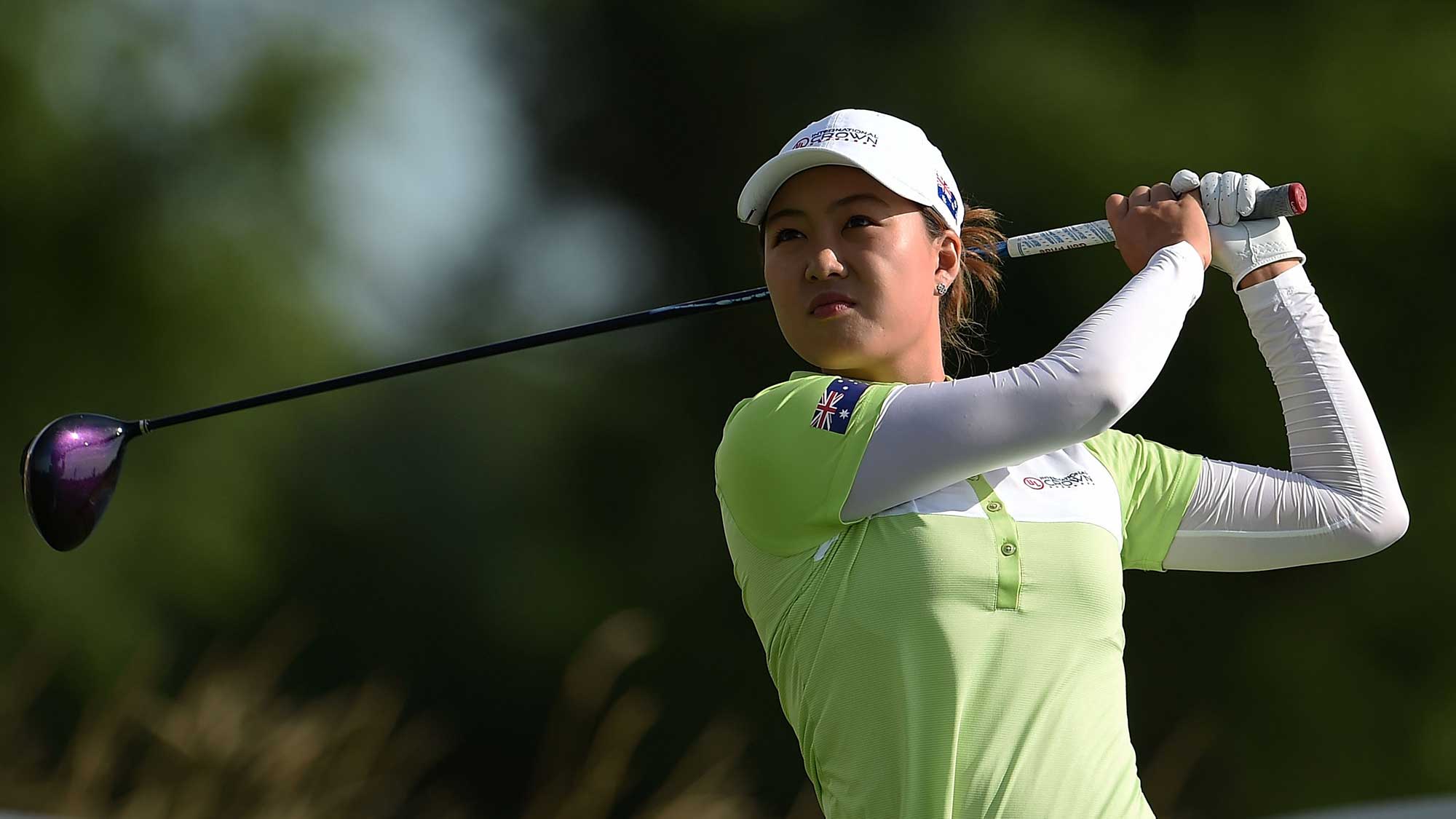 World No. 4 Minjee Lee heads into the weekend with a share of the lead.

Things turns a bit cooler Friday at Pine Needles but the play didn’t as Mina Harigae kept a share of the lead but will have to face world No. 4 Minjee Lee in the final pairing on Saturday at the Women’s U.S. Open.

Harigae followed her opening 64 with a 69 to get to nine-under while Lee came on strong with a 66 to join Harigae at the top of the leaderboard.

Anna Nordqvist added a 68 to her opening 67 and was in at seven-under along with Hyejin Choi, who tied the week’s low round with her own 64 to earn a spot with Nordqvist in the next-to-last pairing for round three.

Here’s how they’re lined up going into moving day as the season’s second major:

Ingrid Lindblad (65-71):  The 22-year-old LSU golfer did a good job of hanging tough on Friday, as a result, her even-par round kept her in the hunt.

Moriya Jutanugarn (69-68):  Would love to join her sister, Ariya, as a major champion but will need her absolute best over the final 36 to contend.

Sei Young Kim (69-68):  May be the best player in the world who has yet to win a major championship.

Nelly Korda is in the hunt after rounds of 70-69.  She’s at three-under par and needs a good day on Saturday.  Still, her showing over the first 36 holes was impressive given her 117 days away from competition to recover for surgery to repair a blood clot in her left arm.

Lexi Thompson had an off day Friday but still managed to get around in even par 71 to go with her first round 68.  She’s at three-under with Nelly.

Danielle Kang (71-74) made the cut on the number (three-over) and revealed the nature of her back problems.  She has a tumor on her spine and it has yet to be determined the nature of the tumor.  She’s undergone several procedures and will require more.  She was grinding to make the cut and did but will need time off to address her current health issue.

Defending champion Yuka Saso missed the cut — she was at nine-over.  Ditto for Michelle Wie (West).  Wie-West shot 73-74 as she heads toward retirement from competitive golf.

Patty Tavatanakit didn’t come close to making the weekend — she was seven-over.

Senior Women’s U.S. Open champ Annika Sorenstam had a bad day on Friday.  Her 81 left her at 13-over but she got a lot of love from the fans on hand the first two days.

Conditions will get tougher for the weekend as the greens complexes starting showing some treachery on Friday.  They should be firmer and faster for the final 36-holes.