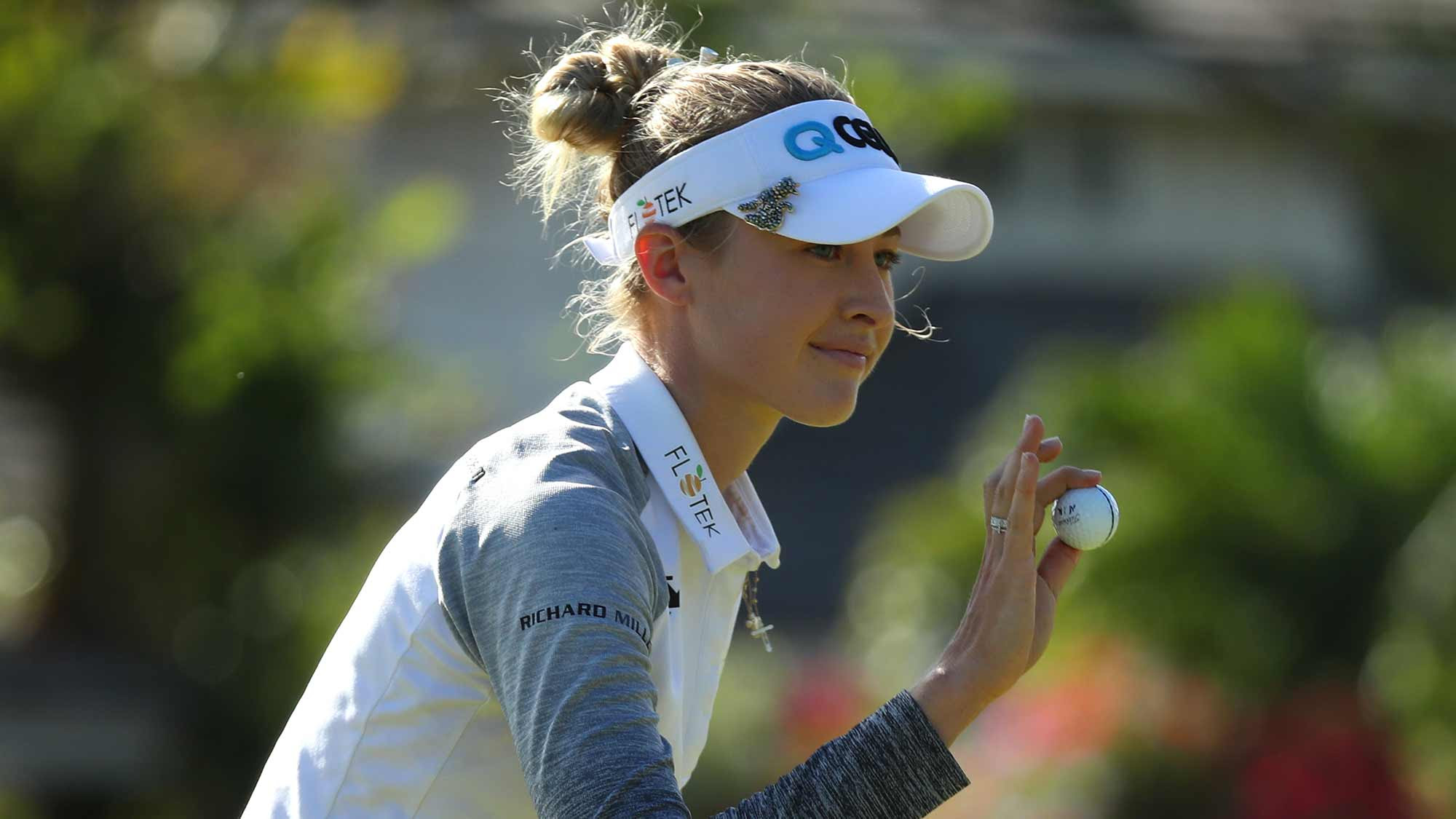 Nelly Korda makes her return after her recovery from surgery.

There’s history of sorts this week at the 2022 Women’s U.S. Open with a record $10 million purse awaiting those who make the 36-hole cut — including $1.8 million to the winner come Sunday.

The Pine Needles resort in Southern Pines is buzzing with excitement that includes the return of world No. 2 Nelly Korda and the presence of Hall Of Famer Annika Sorenstam, who won on the course in 1996.

“You’ve Come A Long Way, Baby!” was a marketing catch phrase used by Virginia Slims cigarettes back in the 60s and when you look at the money for the ladies this week, you might say the same thing.

The USGA brought on Promedica as the event’s presenting sponsor, a first for the USGA.

While Korda is back, world No. 1 Jin Young Ko is one of the pre-tournament favorites as she looks for the third leg of a possible career Grand Slam at Pine Needles.  Lydia Ko is right up there with her.  “When there’s just so much on the line, none of us – I can say none of us are going to think about the money,” Ko said Tuesday about the purse, which doubled from 2021. “I don’t think anyone is going to have a putt on the 72nd hole to possibly win and go, ‘Oh, my goodness, if I miss this putt it’s like something, something thousand dollars.’”

Sorenstam successfully defended her U.S. Open title on the venue in 1996.  She’s in the field this week thanks to her win in last year’s U.S. Senior Women’s Open in Ohio.

“We’re excited to be here. We’re going to enjoy it,” Sorenstam said on Tuesday. “We’re going to hit some shots, and just soak up the atmosphere. I want the kids to see what it’s like to play in an Open. My goal is obviously to play the best I can. I know what I’m capable of. I can hit fairways and greens. I can make putts.”

This is Sorenstam’s first appearance in a U.S. Open since 2008.  She said her biggest challenge this week will be the length of the golf course, which will play more than 6,600 yards.

“I’m in a different position now than in ’96, where I was probably one of the longest off the tee and would hit last into the greens. Now it’s the reverse,” Sorenstam said. “Today, I’m standing there with hybrids. I’m not in a spot right now in my career where I can attack these hole locations. I’m going to be aggressive with what I have, but then conservative in just hitting greens.”

Another player who will basically step back from competitive golf after this week is Michelle Wie, who is now a wife, a mother and is looking to explore the next stages of her life away from the LPGA Tour.

Arizona State will try and show that home-course advantage counts for a lot as the Sun Devils will take on the University of Texas on Wednesday in the finals of the NCAA Men’s golf tournament.

On Monday, Vanderbilt freshman Gordon Sargent birdied the first hole of a playoff to win the individual honors.

The Sun Devils are the host school at Grayhawk Golf Club in Scottsdale, and have used local knowledge to their advantage but they’ll be the under-dog against Texas.

Texas is led by a trio of high-profile seniosr — the Coody twins — Pierceson and Parker along with Cole Hammer.  Texas defeated Oklahoma State and Vanderbilt on its way to the finals while Arizona State defeated top-ranked Oklahoma and defending champion Pepperdine on its road to the final.

There’s no Tiger, no Phil, no Bryson, no Brooks — just NFL quarterbacks in this afternoon’s latest edition of “The Match.”

The Match is being produced by Bran Zuriff, who was previously sentenced to home confinement  and two years probation for his role in an illegal gambling operation with ties to the Russian mob.