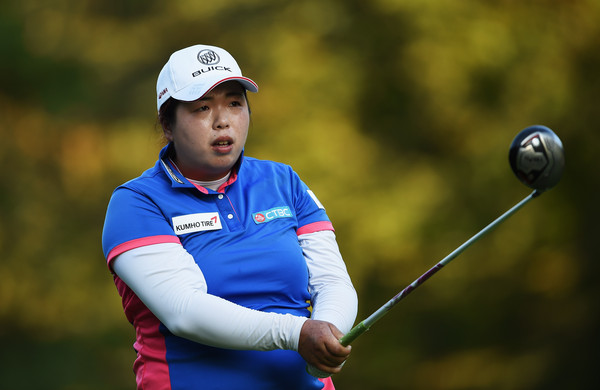 Shanshan Feng from China is the new world's No. 1.

Women’s World Chaos: Park’s Stay At No. 1 Lasts One Week

Sung Hyun Park’s stay at the top of the Women Rolex World Rankings gave her about enough time for a cup of coffee and a few luncheon dates with her sponsors.

One week after Park was named the No.  1 player in women’s  golf — she’s out.

Your new No. 1 has set all kinds of firsts with her ascent to the top.

Say hello to Shanshan Feng, the new No. 1, she says you may call her “Jenny.”

“Jenny” got there by winning last week’s Blue Bay Championship in front of some large Chinese galleries because, well, basically, Blue Bay is ritzy beach-front resort off  the coast of China — who says they don’t embrace Capitalism?

Feng won there to claim her third victory of this 2017 LPGA season.

“I finished first in China, so I actually claimed the world No. 1 in front of all the people at home.  I’m really happy about that, and I hope all the Chinese are going to be watching me.  Hopefully there will be more Chinese getting on the tours and more world No. 1s coming up from China.”

So said “Jenny” after she shot nine-under par at Blue Bay.

She has nine LPGA wins, seven Ladies European Tour wins and her victory at the 2012 Women’s PGA made her the first player, male or female, from China to win a major.

She’s been a pro for 10 years, she smiles easily and is very personable.