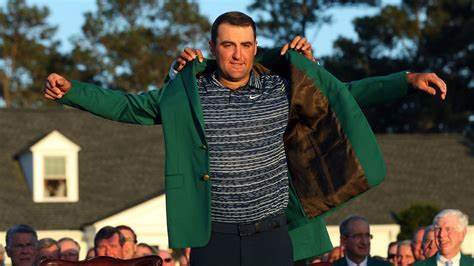 Scottie Scheffler is making his first individual start since winning The Masters.

Last week Scottie Scheffler spent a day at Southern Hills prepping for the PGA Championship.  This week, he heads the field at the final stop before the season’s second major.

The world’s No. 1 stays in his home state and home town of Dallas to head the field at the Byron Nelson.

“He played one ball the entire time, no practice putts, and made it look easy,” Chhim reported.  “He’s No. 1 in the world and it was pretty easy to see why. It would be hard to say that he’s not going to win or at least be in contention. He hits it far enough and he has just incredible distance control with his irons. Ryan shot two or three under and looked like he was standing still based on how Scottie was playing.”

Scheffler has experience at Southern Hills.  He won the 2015 Big 12 individual title there during his University of Texas days.  Chimm said Scheffler was one-under for his first nine holes then had birdies at 10, 11, 12 and 13 then had two more at 15 and 17.  That’s seven birdies so there must have been a bogey out there somewhere.

“His proximity on most was 6 to 8 feet,” Chhim said of Scheffler’s back-nine birdies. “The greens weren’t slow, but they were wet. His speed control was good and just took the break out of a lot of them. He looked like he was converting them easily.”

So now Scheffler’s attention shifts to TPC Craig Ranch in McKinney, just outside Dallas and he’ll be joined in the field by some other big names — Justin Thomas (No. 8), Jordan Spieth (No. 9), Dustin Johnson (11th), Xander Schauffele (12), Hideki Matsuyama (13) and 16th-ranked Brooks Koepka.  This will be Scheffler’s first individual event since his victory at The Masters.

Defending champion K.H. Lee is back.  He won last year as TPC Craig Ranch hosted the event for the first time.  He beat Sam Burns by three shots.