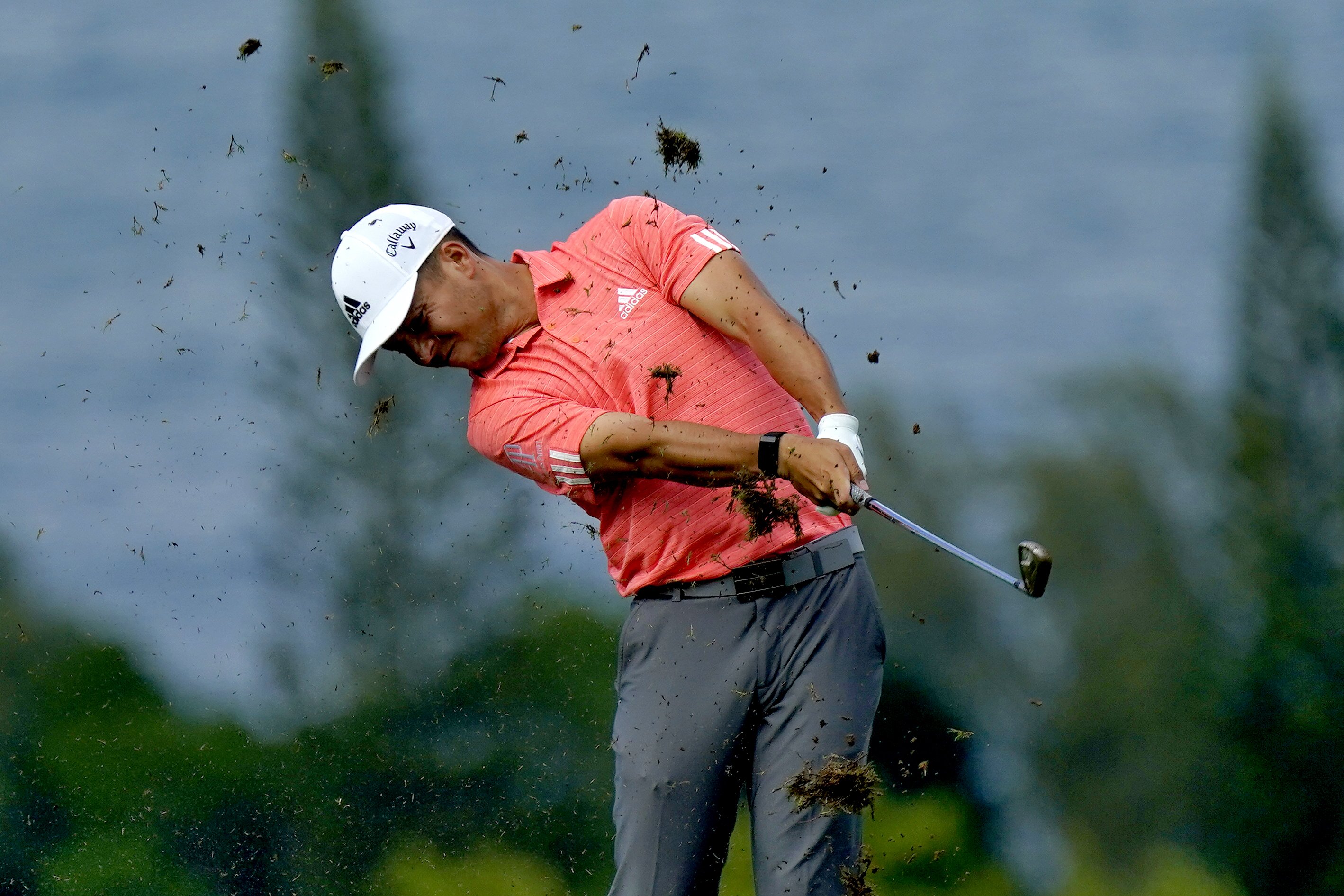 Xander Slogs Into The Lead At Rainy, Windy Kapalua

As predicted, there were high winds, rain and soggy conditions Friday at the 2020 Tournament of Champions.

The conditions didn’t stop defending champion Xander Schauffele, his 68 got him to nine-under par, good for a one-shot lead.  First round leader Joaquin Niemann cooled off in the muck and mire of the Plantation course.  He shot 72 and was eight-under, tied with controversial Patrick Reed, who had a spectacular day.  Reed’s 66 was the best round of the day and after his opening 72, he surged into contention going into the weekend.

Rickie Fowler kept himself in the hunt.  His 72 had him alone at seven-under.  Justin Thomas and Pat Cantlay were a shot behind Rickie at six-under.

Basically every player in the top five played in the Presidents Cup matches,  showing that their games were ready when they showed up at Kapalua.

Strong winds blew all day and rain pelted the field on and off, coming down hard at times.  Fairways were beyond soft,  many tee shots were landing and plugging.

The greens remained fast and firm despite the soaking.