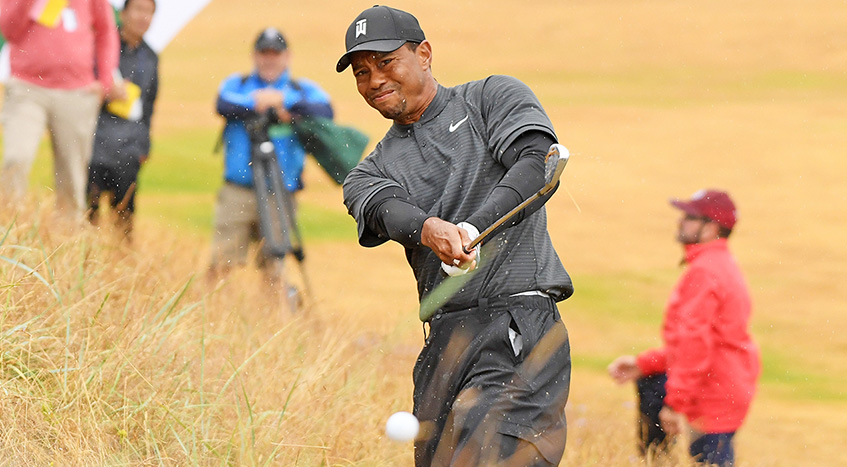 A younger version of this Tiger Woods is eight under through 36.

Younger Tiger Woods Leads At Halfway Of Open For The Ages

The Open For The Ages reaches its halfway mark at St. Andrews and a younger Tiger Woods is the leader.

With conditions reported to be “wet and windy” the clips show some rain but a lot of sunshine in different clips, making for a confusing array of highlights.

Tiger is the leader with rounds of 67-69 — eight under on the Old Course.  He’s a shot in front of Jack Nicklaus, Tom Watson and John Daly, all at seven-under.  Nicklaus could have shared the lead but three-putted from the front fringe of the 18th for par to post seven under.

Seve Ballesteros, the first round leader with 66, shot 72 and is two back at six-under.

Sir Nick Faldo, before he was “Sir Nick” was in at five-under after he took two shots to escape the Road Hole Bunker.