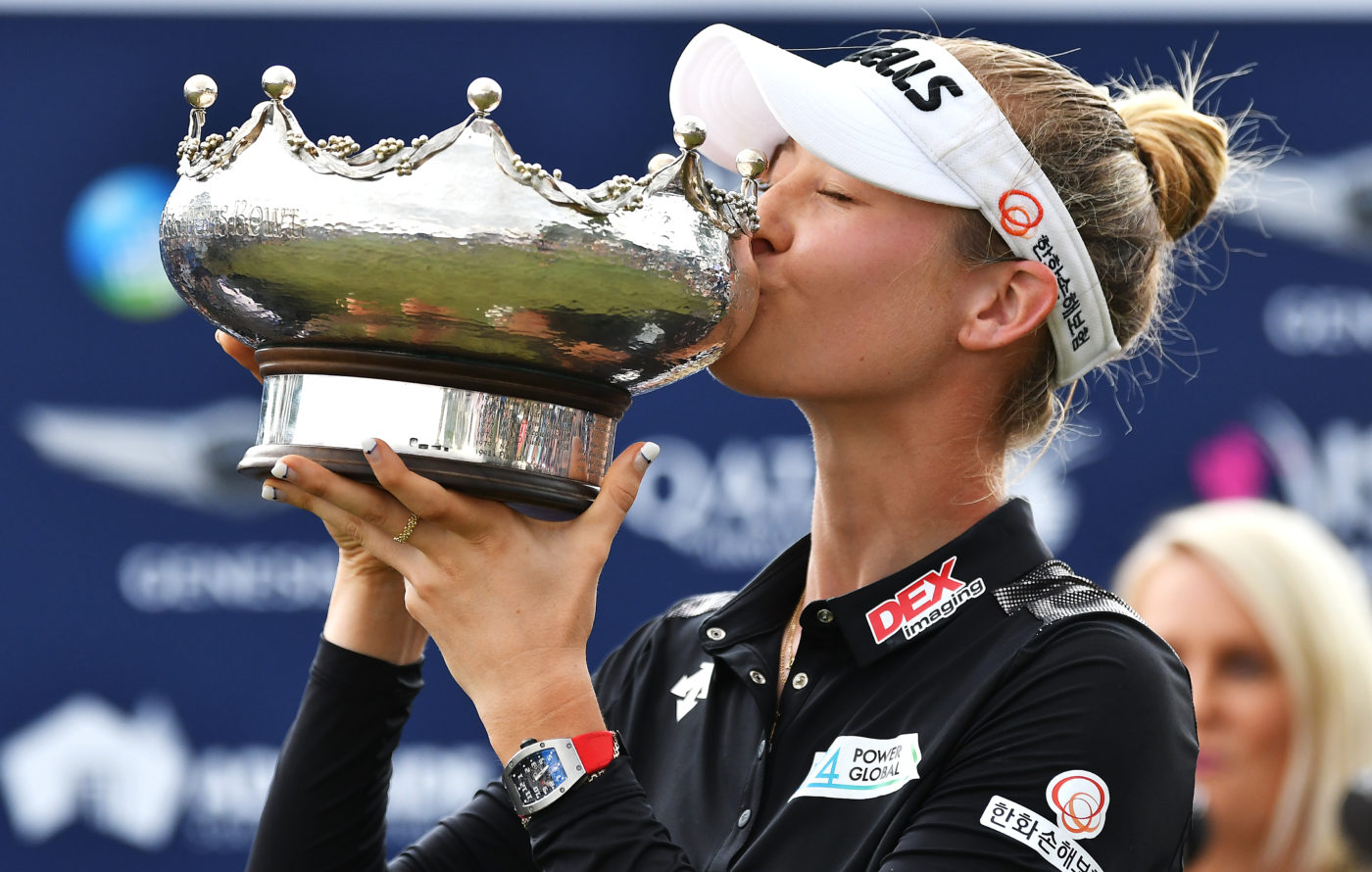 Nelly Korda's rise to No. 1 brings a new benchmark to U.S. women's golf.

Incredibly great, spectacular news for Nelly Korda and the rest of the best women’s golfers in the world.

The USGA has come up with an historic move — it has made the 2022 Women’s U.S. Open the richest sporting event in the world for female competitors.

The purse for this year’s major championship will be a staggering $10 million.  The event to be staged at the Pine Needles Lodge and Golf Club in Southern Pines, N.C., originally had a purse of $5.5 million.  That has nearly doubled thanks to a partnership between the USGA and ProMedica.  ProMedica is a mission-based, not-for-profit healthcare organization and it will serve as the event’s presenting sponsor and along with that, is now the official health and well-being partner of the USGA.

This big move comes as no surprise as former LPGA Tour commissioner Mike Whan has taken the helm at the USGA.

The LPGA Tour has long been dominated by foreign players.  Mexico’s Lorena Ochoa spent 158 weeks as the world’s No. 1.  Jin Young Ko from South Korea was at the top for 112 weeks, Yani Tseng 109 weeks, Inbee Park 106 weeks, Lydia Ko 104 weeks and Annika Sorenstam for 61 weeks.

Korda, with youth on her side, should be battling for that top ranking with Jin Young Ko for a lot of years.

This move by the USGA is unprecedented.  The $10 million is higher than the special Rolex Series event on the DP World Tour (formerly the European Tour).  Those Rolex events carry $8 million (USD) purses.

The women’s major is also higher than a lot of PGA Tour event, many are in the $7.5-$8 million range although the PGA Tour has made a huge move and jacked up the purse at the 2022 Players Championship to a whopping $20 million and that should put pressure on the four major championships to up the ante as well.