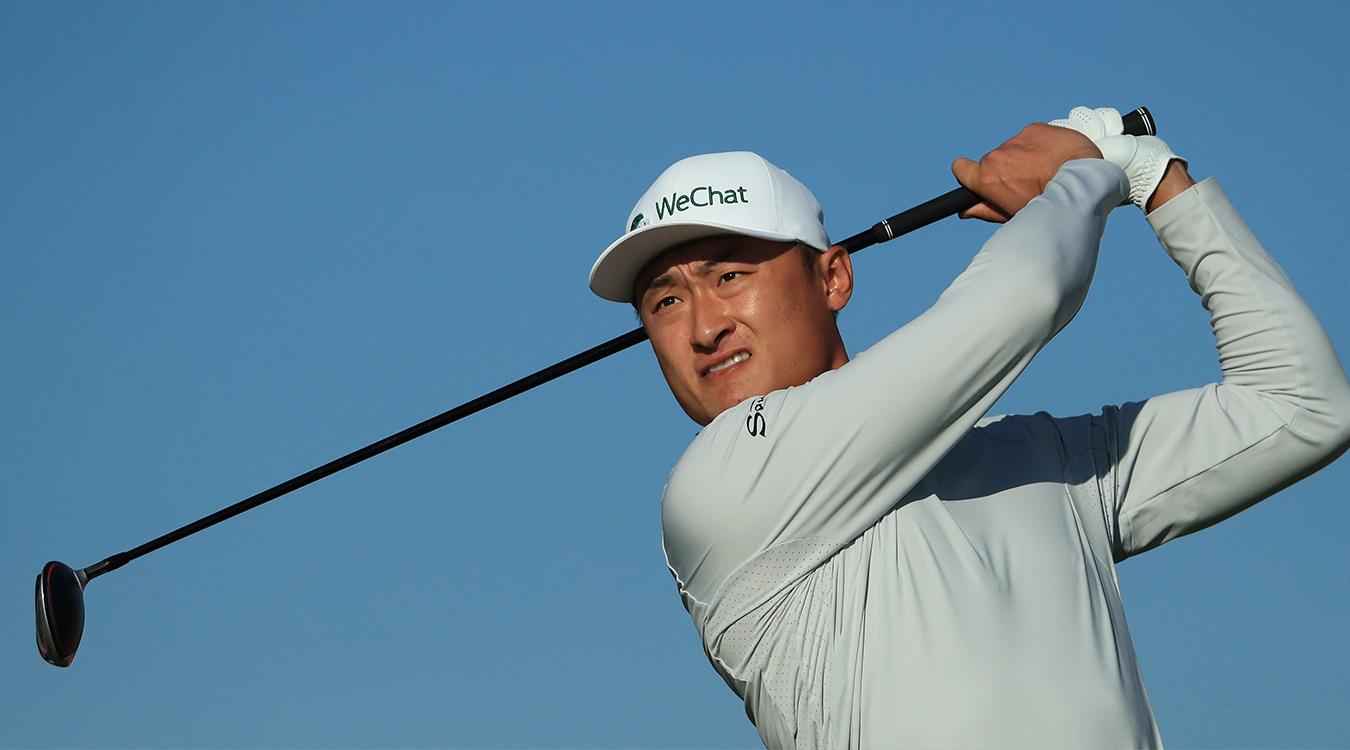 Haotong Li has two wins on the European Tour and ranks 114th in the world.

We’re halfway home at the season’s first major.  Harding Park has proven an amazing test so far for the best players in the world and after 36-holes there a very surprising leader.  Haotong Li is the first player from China to lead any round of a major championship.  The 25-year-old, who plays mostly on the European Tour, shot 65 in the early wave Friday and leads the field at eight-under par.

Here’s how they’re lined up going into Saturday, moving day:

Haotong Li (67-65):  Li has a lot of talent.  We’ve watched him the past three years on the European Tour and he’s got a lot of game but tends to get nervous on Sundays.  It often will show up in his putting.  He has a pair of wins in Europe and was simply awful at the Presidents Cup.  He was trapped in China during the pandemic and the WGC event last week was his first event where he finished tied for 75th out of 78 players.  It would be shocking if he’s hoisting the Wanamaker on Sunday.

Brooks Koepka (66-68):  Biggest image of Koepka was him getting his left hip stretched out three times on the back nine by his trainer on Friday.  Koepka said it will be no issue the next two days but you have to wonder.  Koepka said it was tight when he got up in the morning.  “I feel like it obviously could have been a lot better but I like where I’m at, I like my position.”  Saturday is key for Brooks, if he’s in or close to the lead, he’s the guy to beat.

Jason Day (65-69):  What a story Day would be.  Seems longer than five years since he won this major.  Says his back feels fine and should be no issue over the weekend.  He’s been trending in the right direction.

Justin Rose (66-68):  On the rise since parting ways with Honma.  Proven major champion with the ball striking skills to win on this course.

Mike Lorenzo Vera 66-68):  Had a share of the lead down the stretch on Friday but was fortunate to make bogey at the final hole.  He’s a European Tour player, well liked but the Frenchman has never won on that tour.  Can’t see him making this major his first victory.

Daniel Berger (67-67):  Berger’s been very consistent the first two days.  His power fade serves him well on this course.  Won in Fort Worth.  Will be interesting to see how he performs over the weekend.

Tommy Fleetwood (70-64):  Tommy got out early Friday and had one heck of a day.  He was six-under coming to the last hole and admitted: “I was thinking I could shoot 63 with birdie on the last hole.”  A 63 in a major is something but Tommy made par for 64 to tie Cameron Champ for the week’s low round.  Very good ball striker.  How will his putting hold up, that’s the question with Tommy.  Would be a popular champion.

Cameron Champ (71-64):  Where’s this guy been hiding?  He was supposed to possibly be the next big thing.  Day-in and day-out probably as long as Bryson DeChambeau without the caveman, grunting, smashing effort at impact.  Will be interesting to see how he holds up over the weekend.

Xander Schauffele (66-70):  He’s expected to be among the contenders, time to perform.

Bernd Wiesberger (68-68):  One of the most consistent guys on the European Tour.  If he were to win a major, it would more likely be an Open Championship.

Alex Noren (67-69):  Power fade guy.  Putting is always the question mark for him.  He’s been pretty good so far this week.

Things start getting crowded after that.  We may have already seen the week’s lowest scores as the course continues to get harder and all the contenders will be going later in the afternoon when the winds tend to pick up off of Lake Merced.  Greens will get firmer, fairways faster.

All the world’s top 10 made the weekend.  No. 1 Justin Thomas made it on the number (one-over) despite struggles on the back nine Friday.  Jon Rahm (No. 2) is in at one-under while Rory McIlroy overcame a triple-bogey on the back nine and is one-under along with Webb Simpson.  Bryson DeChambeau is in at two-under along with Patrick Reed and Adam Scott and No. 10 Pat Cantlay made it on the number at one-over.