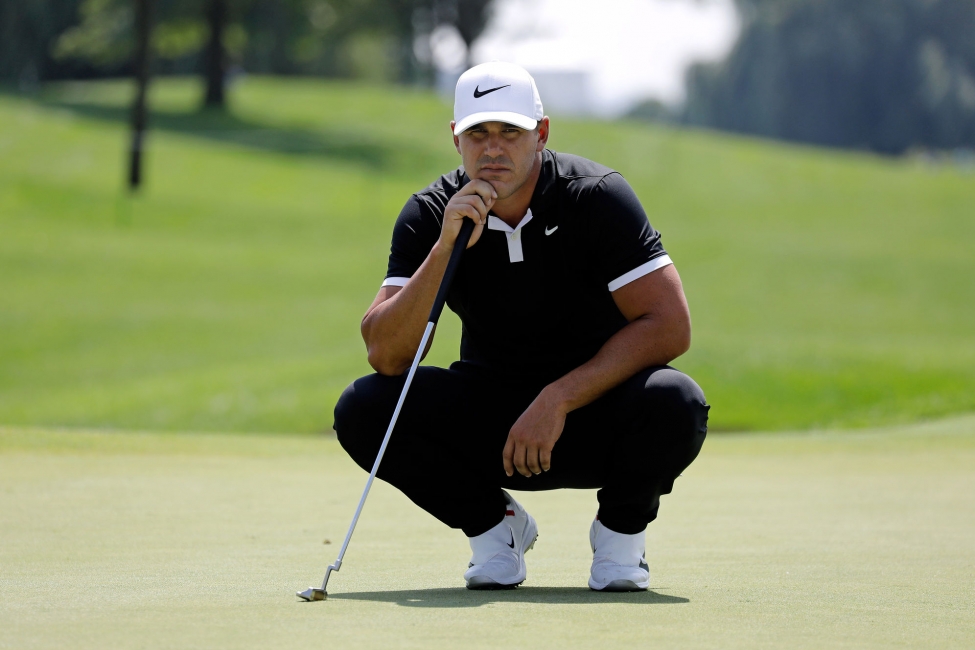 Brooks Koepka is just a shot off the lead at the 2020 PGA.

If it’s a major championship, odds are Brooks Koepka will show up in a big way.

Brooks, the big-game hunter of the PGA Tour is the name that has a neon glow of its own on the first round leaderboard at the PGA Championship.

He’s sitting right there, lurking just a shot off the lead co-held by Jason Day and Brendon Todd, neither of whom have won this major championship back-to-back the way Brooks has.

Sure, Day was once the world’s No. 1 and has a PGA title to his credit.  But the accomplished Aussie also has one of golf’s most fragile backs.

Brendon Todd is a small-game hunter.  He’s won two little ones this year and has crumbled badly on Sundays in bigger events, the way he did at The Travelers, the way he did last week in Memphis.  He’s good early but once the heat gets turned up, he’s outside his comfort level.

Which brings us back to Brooks, the man for all reasons.

Koepka started trending upward a few weeks ago.  He looked pretty good in Memphis and had his driver been more cooperative, he might have defended that title.

But the titles he covets the most, the ones that seem to get him honed in, the ones that turn his focus into a laser beam, are the majors.  And here we are at the first one of this convoluted season.  All four majors should have been in the books by now but that nasty COVID-19 got in the way and now the gang’s all here at Harding Park, chasing the Wanamaker Trophy that Brooks has hoisted in 2018 then again last year.

His opening 66 on Thursday has him right where he wants to be — in the thick of it.  And he sounds like the Brooks we know, the Brooks the rest fear on weeks like this.

“I know I can handle the pressure and I’m confident with it,” Koepka said after he got out in the morning wave and put up a good number.  His day didn’t start out all that well.  He bogeyed his second hole, the 11th but bounced back with birdies at 13, 14, 16 then another at the difficult 18th.  He just kept doing his thing over his final nine.  He didn’t let a bogey at the first bother him.  Birdies at two and four then five straight pars got him where he needs to be.

There may be nine players in at 66 behind the 65s by Day and Todd, but only one of those nine is Brooks Koepka.

“We had a lot of good numbers today,” Koepka said of his yardages for those approach shots.  I struck it well.”

Koepka looked ready during his warmup, he was peeling off those power fades with his driver and managed to avoid the Harding Park rough for the bulk of his round.

When you examine the first round leaderboard, there are a lot of big names in the hunt — Xander Schauffele, Justin Rose, Tony Finau, Gary Woodland and farther down there’s Bryson DeChambeau and Tiger Woods, among others.

There were a lot of low scores out there on Thursday — 47 players shot in the 60s.

But Tiger Woods put it best when he said Harding Park is going to get more difficult each day.

Conditions got more difficult in the afternoon on day one and are supposed to be that way again when Koepka goes out late on Friday.

Koepka likes it when it’s tough.  It separates the field.

He’s told us in the past that majors are easier to win because of that.

So the three-peat watch is on.  Only question is — will it still be on at day’s end on Friday?