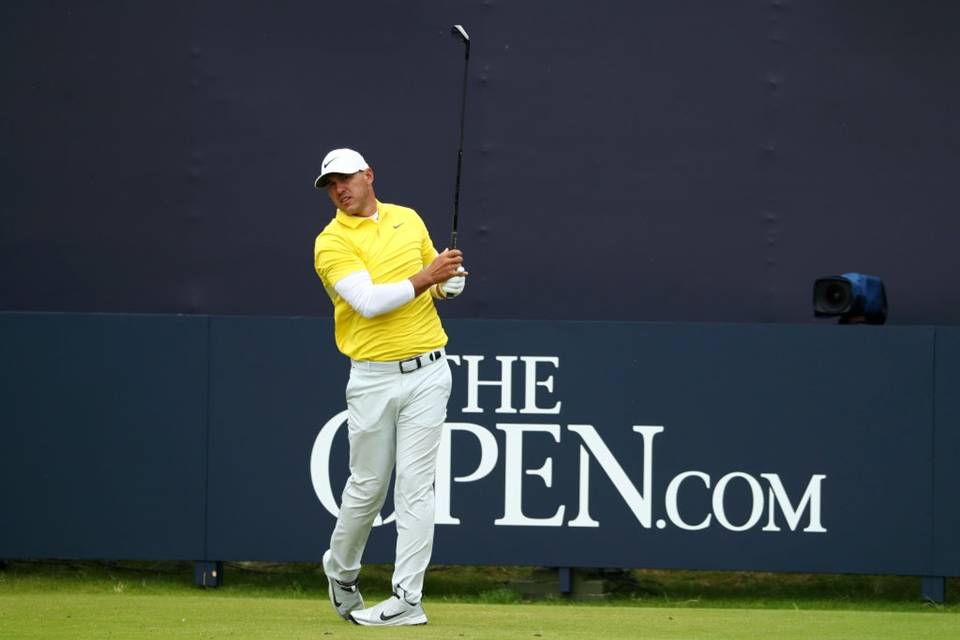 Brooks Koepka goes out at 3:03 (EDT) with Jason Kokrak and Garrick Higgo.

The great thing about the Open Championship and this year’s 149th edition at Royal St. George’s is no exception — is the huge amount of television coverage.

Unlike the USGA and the PGA of America, the Royal and Ancient has not sold its sole to the cable devils and you won’t have to pay to see early coverage of the world’s oldest major championship.

If you’re really and early bird, you can set yourself up with the Peacock network.  Coverage there will start at 1 a.m. (EDT) on Thursday and Friday.  All you need to do is log on to www.peacocktv.com and sign up — the Open coverage is a non-premium event so there’s no charge, totally free to sign up and you’re good to go.

If you don’t want to get up that early, the Golf Channel will begins it’s first and second round coverage on Thursday and Friday at 4 a.m. (EDT) and will be on until 3 p.m. (EDT) — how’s that for an Open-viewing marathon?

The Open Championship uses a four-hole aggregate playoff in the event of a tie after 72 holes.

Every player at the Open Championship tees off from No. 1.  No two-tee start in this championship as the 10th tee on links courses is typically the farthest point from the clubhouse.

Here are some of the day one-day two feature groups:

It was no shocker to see the Korda sisters — world’s No. 1 Nelly and Jessica — tied at the top of the scoreboard after the alternate-shot first round at the Great Lakes Bay Invitational.

They were one of four teams to shoot five-under par 65s at the Midland Country Club on Wednesday.

Defending champions Cydney Clanton and Jasmine Suwannapura were tied with them along with Aditi Ashok-Pajaree Anannarukarn and Jillian Hollis with Lauren Stephenson.

Thursday’s second round will be best-ball, Friday will return to alternate shot with Saturday’s final round a best-ball finale.