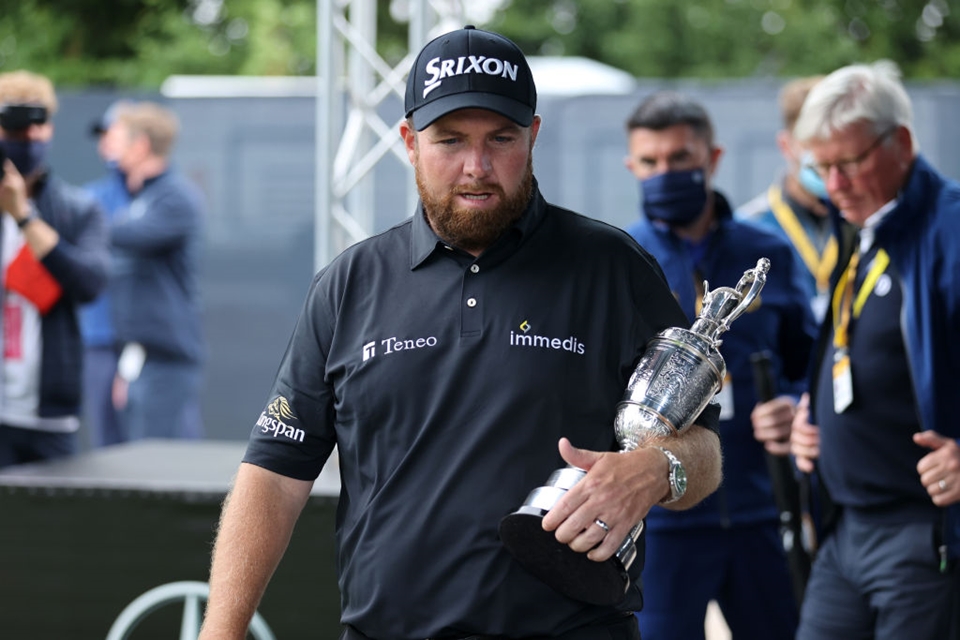 The 149th Open Championship is upon us — final major of the season — last chance for romance and it’s been an interesting run of majors with Hideki Matsuyama getting the Green Jacket, Phil Mickelson winning the PGA Championship at age 50 and Jon Rahm getting his major breakthrough at the U.S. Open, at Torrey Pines — his happy place.

Now we venture of the banks of the English Channel in southeast England, adjacent to the pleasant village of Sandwich in Kent where Royal St. George’s lies waiting for Thursday’s start.

Curtis was one of the biggest stunners of all time.  He was a 500-1 shot, ranked 396th in the world.  Yet there he was, hoisting the Claret Jug when the likes of Tiger Woods couldn’t get it done.

So now we once again dive into the deep end of the pool of the inexact science as we try and predict who may become the Champion Golfer Of The Year come Sunday.

Brooks Koepka:  We’re stepping off the Jon Rahm bandwagon, just because.  Koepka has been trending in the right direction.  His knee is well along the healing path, he’s well rested and his game looked almost ready at the U.S. Open and again at The Travelers, his last outing.  We’re going with Brooks as our favorite to win his fifth major.

Louie Oosthuizen:  Talk about a guy who has been striking his golf ball — Louie has won the Claret Jug (St. Andrews) and he has the overall game to be in the hunt come Sunday.

Justin Thomas:  J.T. looked good in Scotland but once in a while his driver gets him in trouble and there’s plenty of it at Royal St. George’s thanks to a lot of rain that has made the rough thick, lush and in some place, like hay.

Xander Schauffele:  Loves to contend in majors.  He’s a top 10 machine but can he step it up a notch and finally win one?

Guys Who Can Win:

Jordan Spieth:  He’s a strategic kinda guy.  If he has a good week with the driver, Jordy can win a second Open Championship.

Paul Casey:  You think the Brits will be pulling for this guy?  Very good driver of the golf ball, which is what it takes to have a shot this week.

Lee Westwood:  This would be Darren Clarke-like for Westy and the Brits would be in a total frenzy on Sunday.

Matthew Fitzpatrick:  Time for Matty Fitz to step up and be counted.

Viktor Hovland:  Paddy Harrington can’t wait for this guy to be on the European Ryder Cup team.

Dustin Johnson:  Has had a miserable season so far, but somehow he’s still No. 1 in the world.

Tommy Fleetwood:  Time for Tommy to step up, he’ll have strong support from the fans in attendance and they’ll allow 32,000 on site this week.

Patrick Reed:  Even if you cheat and try to improve your lie in some of this rough, you’ve still got a bad lie.

Richard Bland:  How’s this for our “Ben Curtis-like” pick.  Drives it exceptionally straight, putts well too.  Finding his form at age 48.

Guys To Think About:

Phil Mickelson:  If he can keep that mini-driver of his in the fairways the way he did at Kiawah and not make four bogeys on the inward nine on Sunday the way he did back in 2011.

Branden Grace:  Shows up in contention now and then.

Rickie Fowler:  Is he better today than he was 10 years ago?  One would hope so.

Best Of The Longshots:

Robert MacIntyre:  Another dark horse pick.  We like the Lefty from Scotland..

Sergio Garcia:  A lot of skill and experience for a long-shot.

Shane Lowry:  Tough to win this one back-to-back and we don’t think he will.

There you have it.  With Ben Curtis retired, back at home watching on television and Tiger Woods on the mend, who will be the Ben Curtis or Darren Clarke this year?

It’s gonna be a good one.