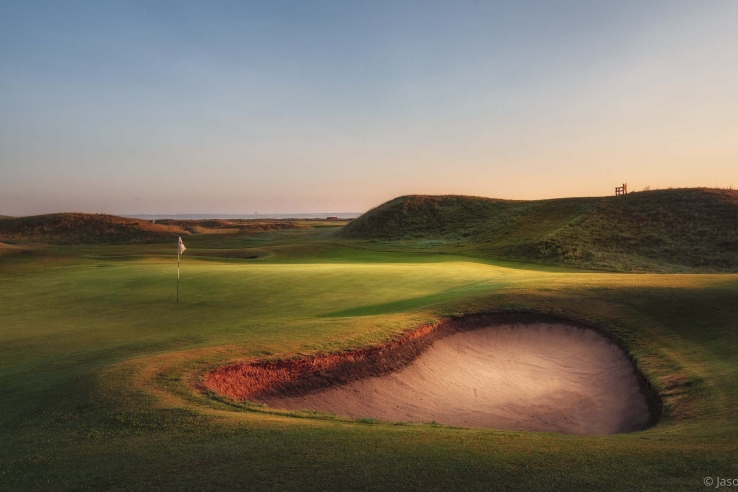 Pot bunkers are a part of the landscape at Royal St. George's and most all links courses.

Pot Bunkers: Clive Tucker Gives A Primer On Escaping From Them

Posted By: Tom Edringtonon: July 15, 2021In: The Lesson TeeNo Comments

You will see a lot of pot bunkers at Royal St. George’s this week at the 149th Open Championship — after all, they are a staple of links golf.

So for today’s lesson, we’ve brought in British teaching pro Clive Tucker for some really great pointers on how to escape from those notorious pots.

Clive spent more than 10 years playing on the European and South African tours and competed in five Open Championships.  He is a PGA Advanced Fellow Professional and European Tour coach and has worked with several Tour players including David Howell, Darren Clarke, Thomas Bjorn and Lee Westwood. In 2007 he began working with Graeme McDowell and McDowell went on to win the 2010 U.S. Open.

In his lesson, Clive will show a very clever way to make sure you maintain the proper clubface angle when you’re playing a bunker shot.

His important points include:

Good setup:  sixty to sixty-five percent of your weight on the forward foot.

Maintain clubhead speed throughout the shot.

Click on this link for your pot bunker primer from Clive Tucker: