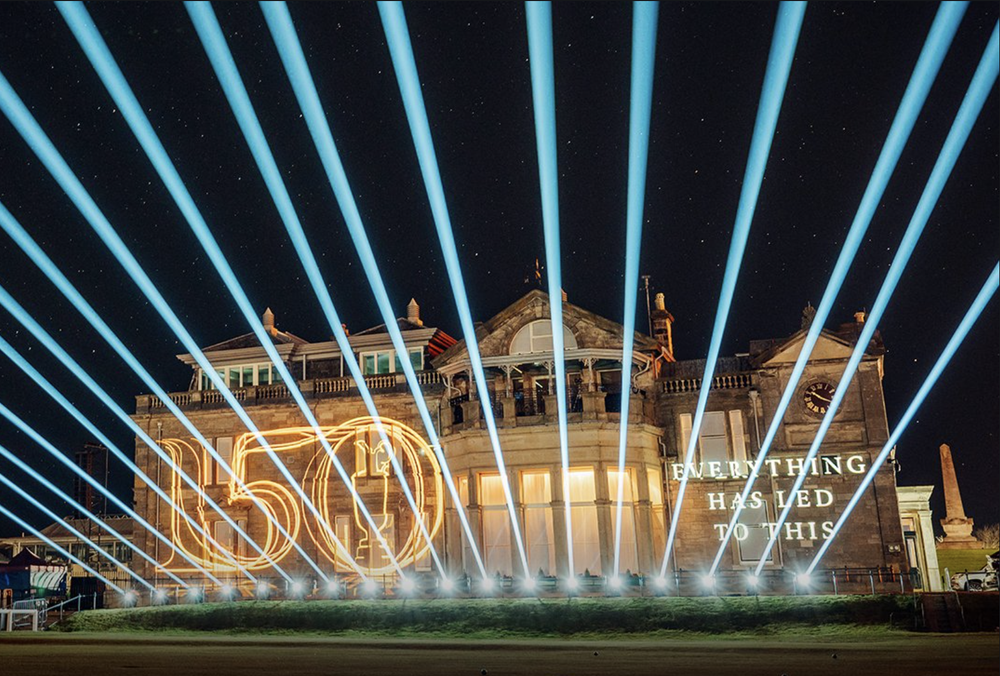 The Old Course at St. Andrews is the star of this week's 150th Open Championship.

“I doubt if even in a hundred years’ time a course will be made which has such interesting strategic problems and which creates such enduring and increasing pleasurable excitement and varied shots. ”     — Alister MacKenzie

Tiger Woods said it best when he won the Open Championship at St. Andrews — “This is as good as it gets.”

Those fortunate enough to stand on the first tee at The Old Course, well, our thoughts echoed those of Tiger — simply playing the Old Course, standing on that first tee where all the greats of the game (minus Ben Hogan) have stood, it is a bit overwhelming and we second Tiger’s thoughts — it is as good as it gets.

The major championship season comes to a glorious finale this week and the 150th Open Championship on the Old Course at St. Andrews — well, it doesn’t get any better.

Scotland is so very special, the ancient town of St. Andrews is beyond special and you can throw out praises all day long but the Old Course experience is something every golfer should put on their bucket list.

So this final great challenge of the season is upon us.  The Old Course makes predictions so very difficult — anything and everything can happen at this cathedral of the game.  There are 112 bunkers on his hallowed ground — many of them have names.  They have broken hearts and taken championships away.  Then there’s the gorse — it’s nearly impossible to describe unless you’ve seen it up close and personal.  Suffice to say it is a burial ground for stray shots.

The weather is paramount for Open Championships and today’s school of thought is that without wind, the Old Course is defenseless.  Advanced weather forecasts have wind every day in the 16-20 mile per hour range but that can quickly change at a moment’s notice.

So without further delay, let’s get to golf’s oldest major championship and those who might contend on the Old Course:

Rory McIlroy:  Rory’s been trending in the right direction all year.  He’ll be able to hit a lot of irons off the tees.  When needed, his driver is a weapon.  Rory prepped by hanging out with Tiger last week.  They played famed Ballybunion in Ireland.  Perhaps some of that Tiger Woods/St. Andrews karma rubbed off on Rory.

Xander Schauffele:  He’s won three of his last seven events including back-to-back with the victory at the Scottish Open on Sunday.  He’s controlling his golf ball and that’s a must to succeed at links golf.  The trend is your friend and he’s been trending straight up.

Matt Fitzpatrick:  We really like him this week but winched at his second shot on the first hole Sunday at the Renaissance Club.  Pure shank.  Fitz has the perfect game to be in contention come Sunday on the Old Course.

Tiger Woods:  Yes, our surprise pick.  He knows the lines at St. Andrews better than anyone in this field.  He won’t have to worry about spotting a lot of distance to the power players as the Old Course is going to play firm and fast.  Tiger played 18 holes on Sunday with Justin Thomas so his endurance looks to be good coming into this week.  That’s the first time he’s played 18 holes in a practice round this year.

Scottie Scheffler:  Hopefully he rebounds from a poor two-day performance at the Scottish Open.

Jon Rahm:  You’ve lost money this year if you were betting on him to win any of the majors thus far. Has the perfect game to win an Open Championship, we just don’t think it’s this year.

Sam Burns:  Time for the youngster to introduce himself to the Scottish golf fans.

Will Zalatoris:  If only he could putt.  Slower greens on the Old Course might help him.

Justin Thomas:  After shooting 77 last Friday, he’s in need of a big bounce back and we think he gets it.

Collin Morikawa:  Has to give the Claret Jug back this week.  He won’t win it back.

Jordan Spieth:  Crazy performance at Scottish Open.  Hit some wild shots and if he does that this week, his ball will be eaten by the gorse bushes.

Viktor Hovland:  Hits it well enough to win.  Can putt from off the greens and that should help him.

Tony Finau:  Hits really solid iron shots and will use plenty of them on tee shots this week.

Shane Lowry:  Knows how to win an Open Championship.

Cam Smith:  Only if he keeps his tee balls out of the gorse and the pot bunkers.

Patrick Cantlay:  Deserves to be in the fourth tier.

Robert MacIntyre:  Our token Scot among our favorites.

Mito Pereira:  Better than 80 percent of the players on the LIV exhibition series.

And these final thoughts:  An old Scottish caddie said it best:  “Ye can nay play St. Andrews unless ye can cane the loop!”

Time for a pint of Belhaven’s Best at The Jigger Inn.

News From The R&A:  The Royal and Ancient didn’t want any part of the LIV controversy this week and has “uninvited” two-time Open champion Greg Norman from all the celebrations this week at The Old Course.  Sorry Greg.