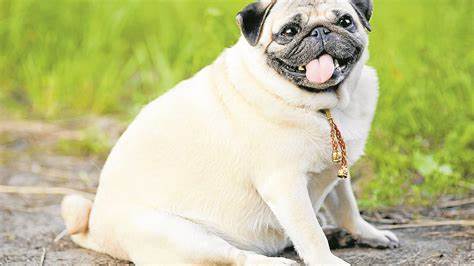 Posted By: Tom Edringtonon: July 11, 2022In: In The Doghouse4 Comments

You may or may not recall that Charles Barkley was bragging about his golf game during the last version of “The Match” that featured four quarterbacks — Josh Allen, Tom Brady, Aaron Rodgers and Patrick Mahomes — battling in Vegas.

Barkley tried to tell whoever would listen that he’s close to become a single-digit handicapper.

That immediately got our attention so we paid close attention to Barkley, who competed this past week at the American Century Championship staged at Lake Tahoe.

Barkley was also bragging that he’d finish inside the top 70 in the competition won by Tony Romo.

Sorry Charlie.  You tied for 74th.

After rounds of 93-93-92 and a minus points total of 26, it doesn’t appear that Barkley’s headed for single digits any time soon, if ever.

We were contemplating giving Barkley a spot in the dog house but the dogs were horrified at Barkley’s current physique.  The former Round Mound Of Rebound has to be checking in close to 400 pounds and the dogs feared he’d take up too much space in their clubhouse.

So, no Chuck in the Dog House.

But he’s deserving. Barkley needs to quit bragging about how good he is.

Tiger Woods Can Now Turn His Attention To The Old Course

Scottish Open And Renaissance Club — Oh So Close To Muirfield

Time For Tiger: Woods Is The Centerpiece Of The McManus Pro-Am