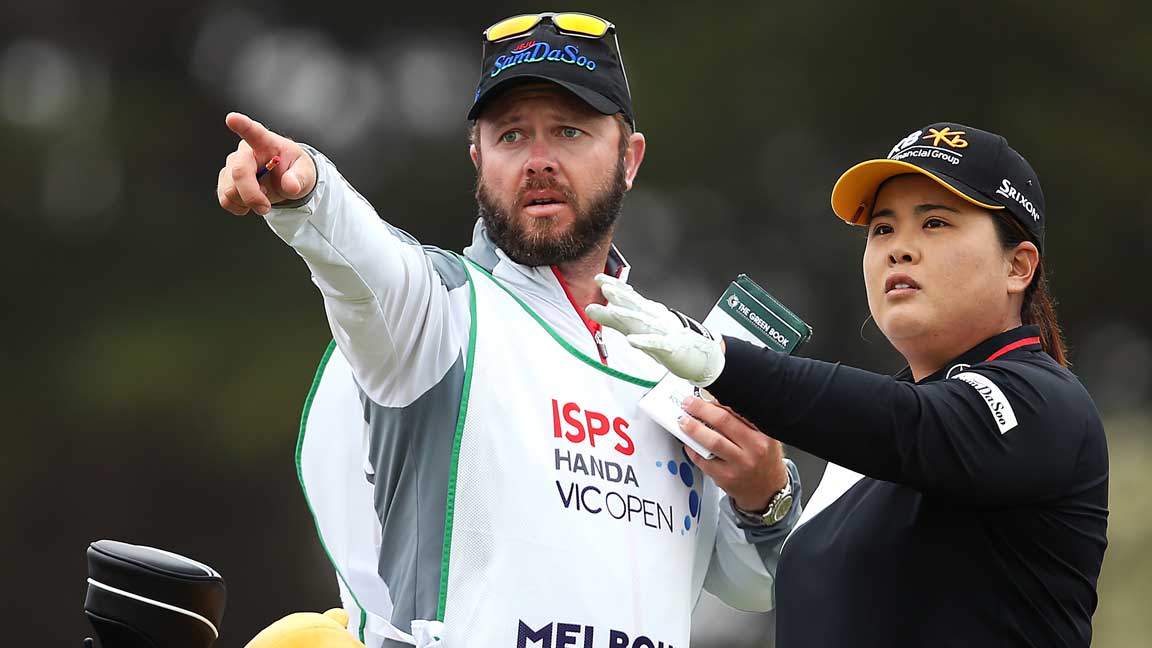 Inbee Park has been stuck on 19 wins for nearly two years but the drought came to an end Sunday in Australia.

Park, who took over at Royal Adelaide after the third round, built up a seven-shot lead then held on down to stretch to beat hard-charging Amy Olson at the Women’s Australian Open.

Park was even par through 13 holes in windy,  difficult conditions.  She had it in cruise control until she made bogeys at the 14th and 16th holes to let Olson get within two.  But the 31-year-old Olympic Gold Medalist used her experience, birdied the 17th then parred the final hole to finish at 14-under par, three clear of Olson.

Park settled for a one-over par 74 but it was good enough on a day when none of the final top five shot under 70.  Olson’s three-under 70 was the best of the contenders and earned her solo second.

“It was a tough day out there today, really different to the last three days I played,” Park said after her victory.  “It has been a while since I played in Australia, it’s been eight years since I played here so I’m really happy to be back here playing in front of Australian fans and to hold the trophy is even more special.”

Park’s caddie, Brad Beecher, hails from Australia and has been on her bag for all seven of Park’s major championships.

“I’ve been working with him for 14 years,” Park said. “I came here eight years ago and he always asks me to come every year but this tournament is just too early in the season.  But this year I ended up playing and ended up being able to present him with the trophy.”

There won’t be another tournament for the LPGA Tour until the Founders Cup on March 19.  Stops in China, Singapore and Thailand were cancelled due to concerns over the Coronavirus in China.

Some do but there are many who were never “legends” so to speak.

One of them is Scott Parel.  Parel never played college golf at the University of Georgia and spent most of his working life in computer programming.  He played in a whopping five PGA Tour events.

He’s living happily ever after on the Champions tour.

He won his third event Sunday in Naples.  His final round 64 at Lely Resort got him to the winning number — 17-under par for just 54 holes.

He has come from behind to win all three of his senior titles.  He finished two shots better than another non-legend — Bob Estes.

Bernhard Langer, somewhat of a legend, tied for third at 13-under with non-legend Kevin Sutherland.  Langer birdied three of his first six holes on Sunday to take the lead but uncharacteristically played the final 11 holes one-over.  It was his 99th top three finish on the senior tour.