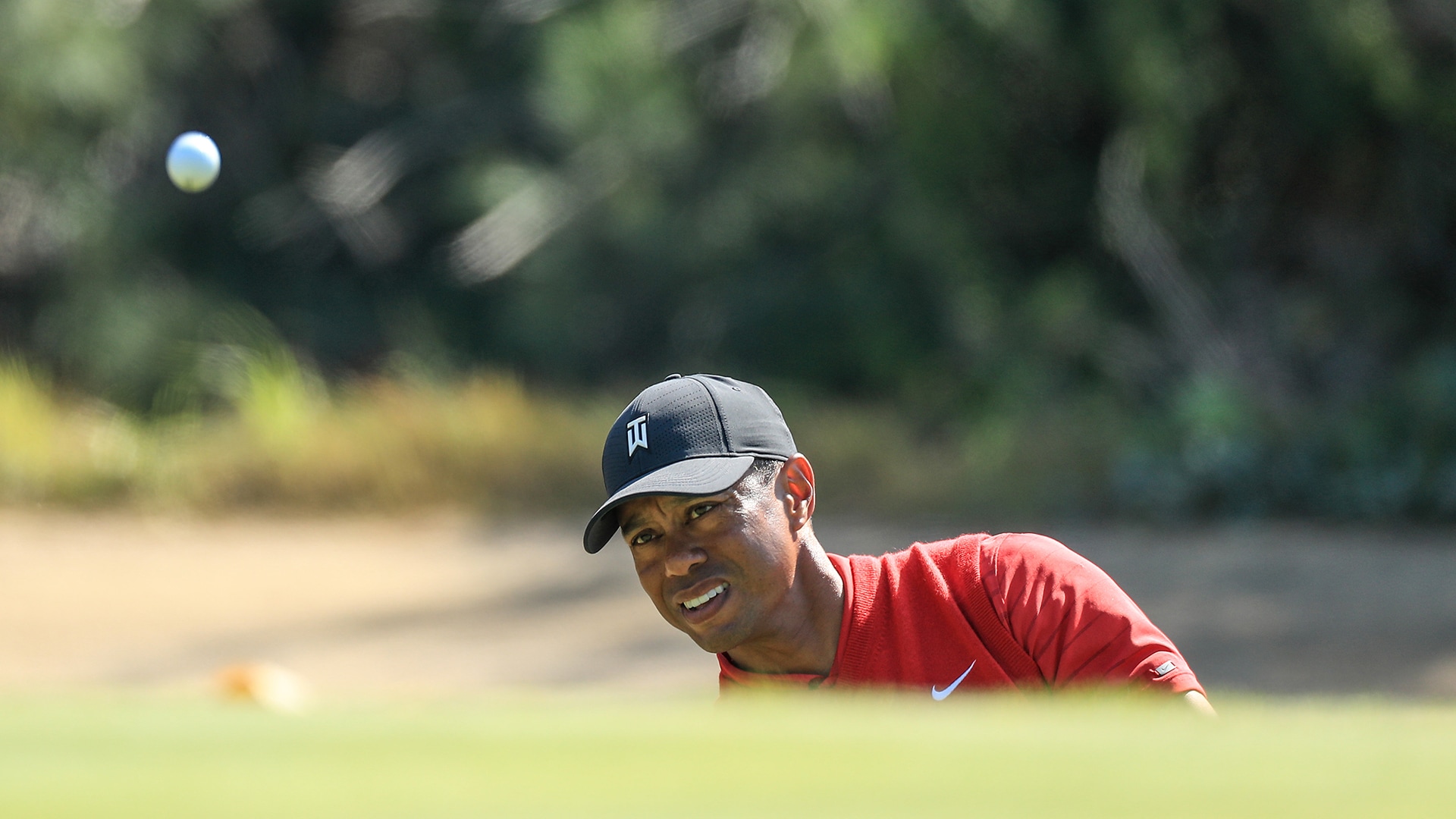 Tiger Woods finished with 77 and Sunday and ended up dead-last.

Tiger Woods, Battered, Befuddled And In Need Of A Rest

Things looked hopeful last Thursday for Tiger Woods when he got around Riviera with an opening round 69 at his Genesis Invitational.

The next three rounds proved a disaster, another face-flop at Riviera with rounds of 73-76-77 a total of 11-over, good for dead-last in the remaining field of 68.

“Well, I’m done,” Woods declared on after his Saturday 76.  He described himself as “A little rundown.”

Woods had two weeks off coming into his own event, perhaps it wasn’t enough.  He let the deadline for entry into this week’s WGC-Mexico event come and go without a word.

Woods finally commented on it, shedding some light on his state of mind and body.

“I just felt like I wasn’t going to be ready for next week,” he said. “I’m a little run-down, and playing at altitude as well isn’t going to help that. So take the week off.

“There’s a lot this week, but that’s one of the things I know going into any event I’ve hosted,” he said. “And unfortunately, I’ve hit a lot of shots, so that adds to it, adds to the frustration, I’m sure.”

When asked if he was feeling OK after his final round, Woods added:   “I feel stiff, but I have weeks like that, especially in the cold mornings like it was the other day. Don’t quite move as well, and that’s just kind of how it’s going to go.”

Chances are Woods will take the next two weeks off, skipping the WGC event then The Honda.

He will most likely play at Bay Hill in three weeks followed by The Players — potentially his first back-to-back appearances of 2020.