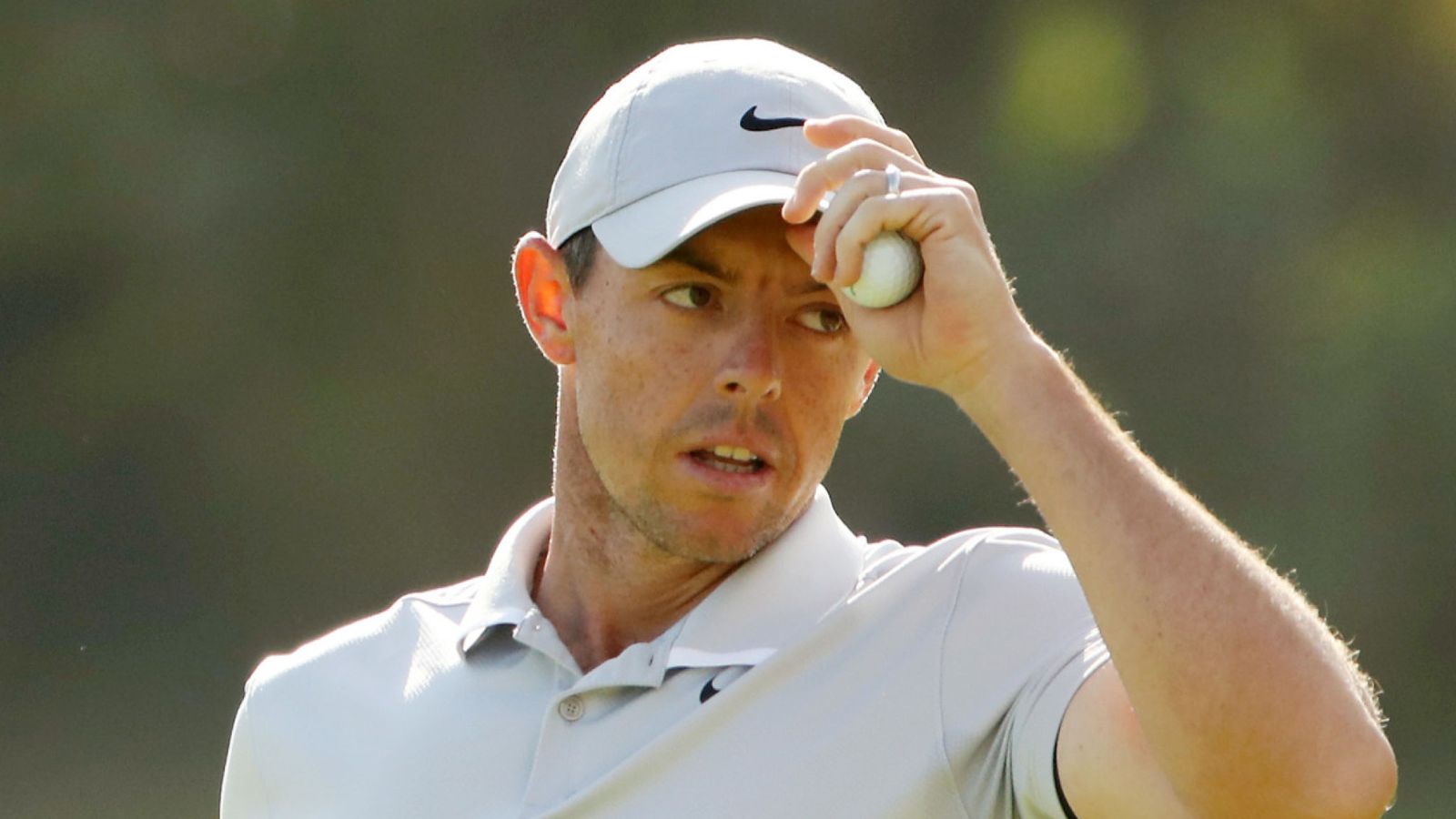 Rory McIlroy is tied for the lead with Adam Scott and Matt Kuchar.

Once again, time for Rory McIlroy to let everyone know who’s No.  1.

McIlroy nabbed a piece of the 54-hole lead with a super up-and-down for par at the 18th hole Saturday at the Genesis Invitational.

McIlroy’s 10-under along with overnight leader Matt Kuchar (70) and resurgent Adam Scott (67).  But this could be anyone’s tournament with 18 to play.

Harold Varner III birdied the final two holes for a 69 that left him a shot back along with Russell Henley (68).

Another three are at seven-under, a half-dozen more at six-under, four back, including Hideki Matsuyama, who had the day’s best effort — a seven-under par 64.

One big name who didn’t do so well on moving day was host Tiger Woods.  Woods struggled mightily with the putter, including a four-putt fiasco from 18 feet at the 13th hole.  He’d take 33 putts for the round, shoot 76 and declare:  “Well, I’m done.”

Woods admitted to being “a little rundown” and will go home after his host duties are finished on Sunday.