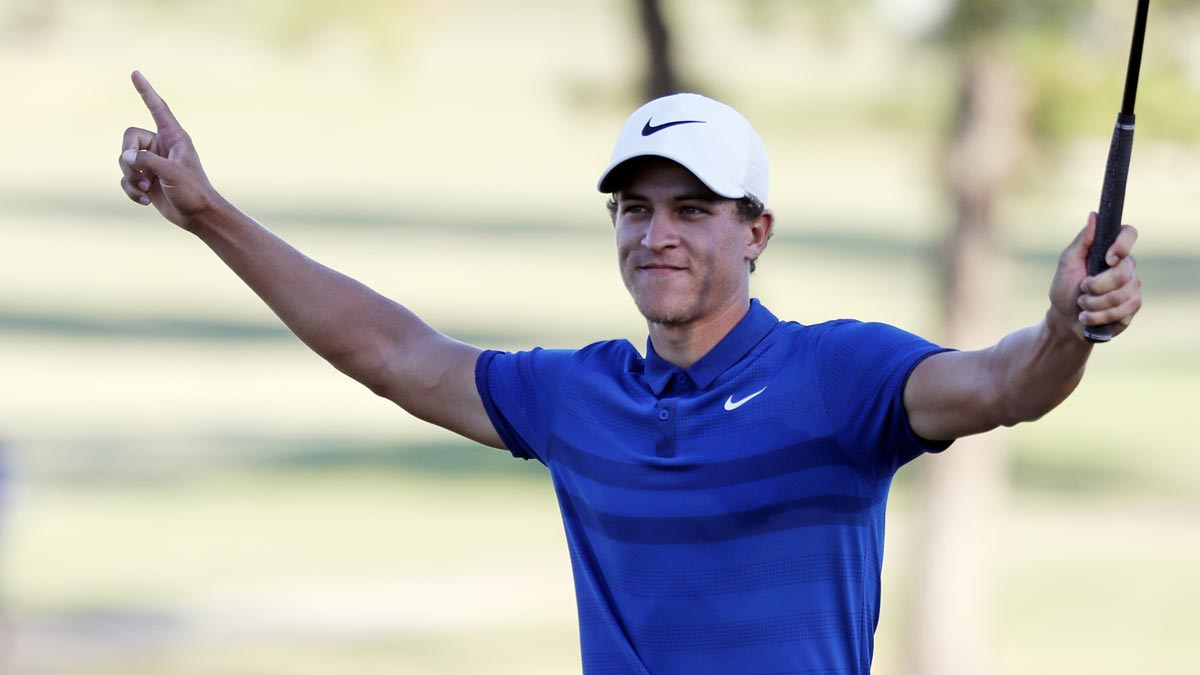 A half dozen players were fighting it out for the 3M title on a steamy Sunday at the TPC Twin Cities but in the end, ball-crushing Cameron Champ overcame some dehydration and a nervous 18th hole to notch his third PGA Tour victory.

Champ broke away from the field when he holed a clutch 13-footer for birdie at the short par four 16th where he hit a two-iron into a greenside bunker on the 308-yard par four.  That’s where he steadied himself after a so-so bunker shot then hit a perfect putt that found the bottom of the hole. The birdie got him to 15-under and helped put some life back into his body as he struggled with some dehydration late in the round.  He was feeling light-headed on the 14th hole and fought his way through it after getting some fluids down.

After a nice par at the 17th, he pulled driver and hit a big hook at the 18th that found a bad lie in some tall grass behind a group of trees.  He punched out, barely missing one of those trees and left himself in the rough with more than 200 yards to the hole.

With Louis Oosthuizen, Jhonnie Vegas and Charl Schwartzel sitting in the clubhouse at 13-under, all Champ needed was bogey to win.

Knowing that, he punched his third to the fairway, leaving himself 127 to the hole.  He then hit a masterful lob wedge that landed 20 feet past the hole and spun back to three feet.  He saved the par, posted a bogey-free 66 and made it three wins over the past three seasons.

“Well, I didn’t make it boring,” Champ said after posting only the second bogey-free round of his career.  “I got light-headed out there but got past it.  At 18, I’m hitting driver there any time, no matter what.  I was (aware of the two-shot lead).”

Champ needed a good showing this week and he produced his best stuff over the final 18.  He came in ranked 142nd in FedEx Cup points, well outside the 125th spot needed to advance to the playoffs in a few weeks.  But he took care of that.  His win vaulted him all the way up to the 47th spot.

He said he’s beginning to balance his life.  “I had to figure out how to balance golf and life,” he explained.  “After Detroit (Rocket Mortgage) I took a step back and had to decide who I want to be.”

It was obvious on Sunday that he has made that decision and once again, he’s made himself a PGA Tour winner.