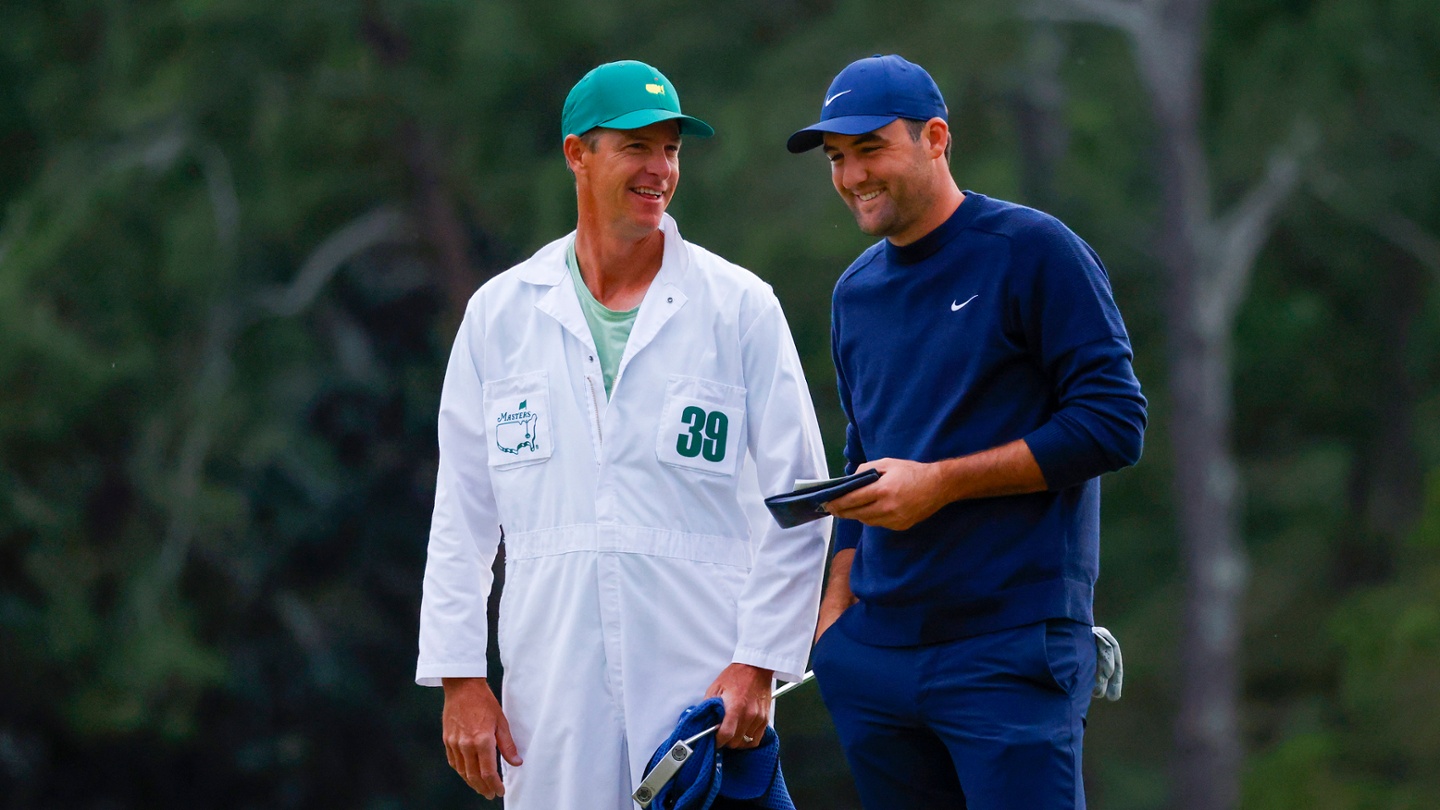 Scottie Scheffler and Teddy Scott have done a great job for the first two rounds.

After a very, very tough Friday at The Masters, world No. 1 Scottie Scheffler has put on a dominating show.

Scheffler didn’t let the strong winds that swept across the Augusta National Golf Club bother him a bit.  By day’s end, the winds calmed a bit but Scottie’s hot hand didn’t.  He took apart the back nine with birdies on both par threes and both par fives and his 32 coming in added a 67 to his opening 69 and at eight-under par (136), he’s built a five-shot lead going into the weekend.

“I definitely I feel like I was in a fight today,” Scheffler said after his stirring performance.  “I guess, you know, the only thing I would say to that is maybe I just performed a little bit better.

“I’ve prepared for a long time to be in moments like this and to win golf tournaments,” Scheffler continued.  “I couldn’t ask for anything more after 36 holes.  But I’m still quite a long way to go. It’s nice to build up a little bit of a lead, but I’m not really going to be thinking about it tonight or anything. You know, I’ve put myself in position to play well and to win this golf tournament; and going into tomorrow, I’m just going to approach it like I did today and just be committed to my shots and hope for the best.”

With winds steady at 20 miles per hour, whipping past 25-30 at times, the course was treacherous.

“I thought even par was going to be a really good score,” Scheffler said. “Really, the only thing that went through my head before today’s round was I just wanted to get off to a decent start. … In my opinion, the way the wind was blowing, if I was 1 over through five holes around this golf course – really even six where that pin was today – that’s a pretty good start.”

Here’s how the rest are lined up behind Scheffler — there were 14 other players in red numbers:

Hideki Matsuyama (72-69):  Strong defense performance by the 2021 champion.  Saturday’s a big day for him and everyone else chasing Scheffler.

Cam Smith (68-74):  Struggled with his putting on Friday, which was surprising.

Corey Conners (70-73):  No surprise to see him playing well again at Augusta National.

Will Zalatoris (71-72):  No surprise to see him playing well again at Augusta National.

Course will play difficult again on Saturday, moving day.  Winds won’t be as strong, but the air will be cooler and the golf balls won’t fly as far.

“The National” is getting firmer by the day.

If Scheffler goes out and shoots another low round on Saturday, it could spell trouble for the rest of the field.