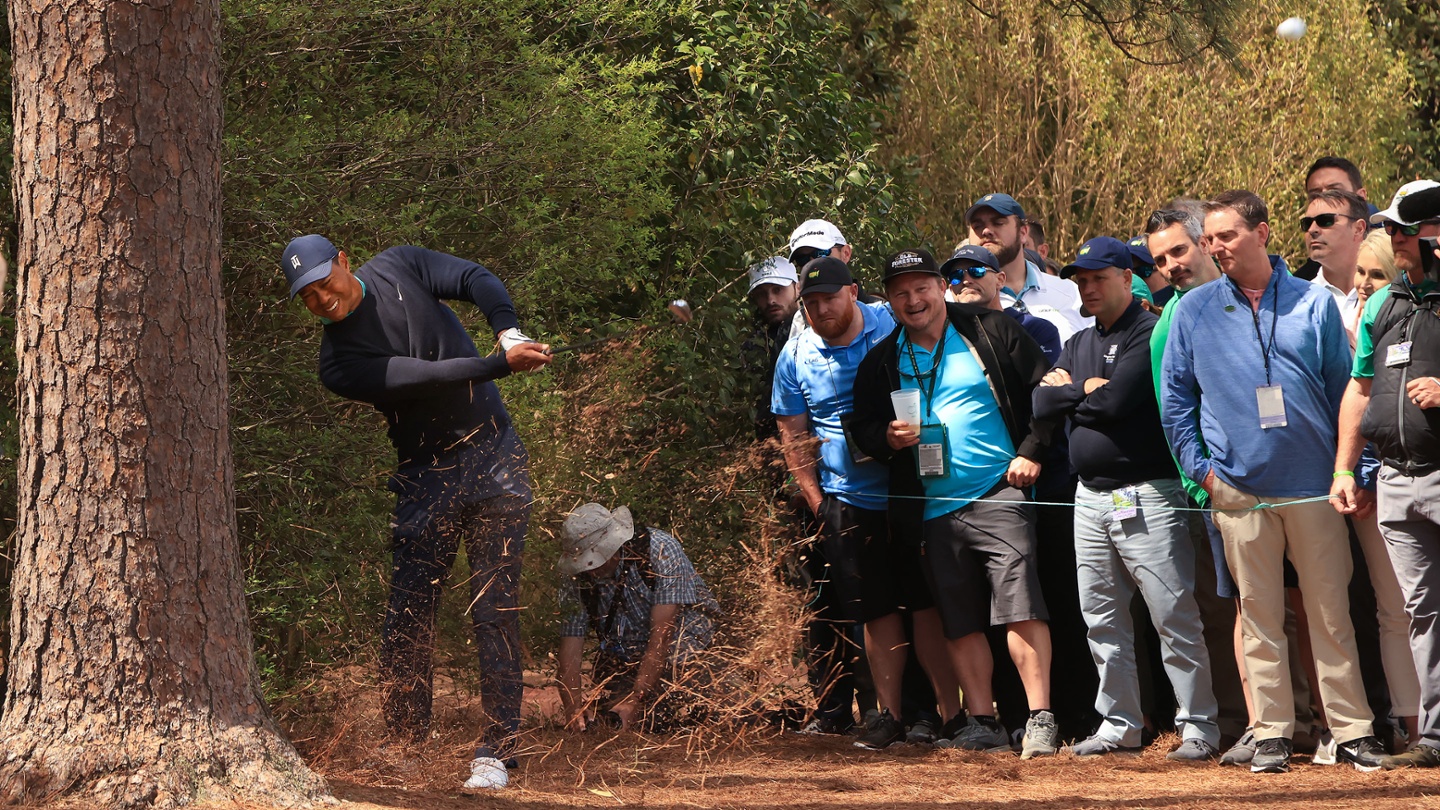 Tiger Woods found trouble on the fifth hole -- he had a terrible start to his round.

Things couldn’t have gone much worse for Tiger Woods as he started his second round at the 86th Masters on Friday.

The five-time Green Jacket winner found nothing but trouble on four of his first five holes but he rallied on the back nine, shot one-under coming home and added a 74 to his day one 71.

Tiger’s 145 put him in at one-over par, nine shots behind leader Scottie Scheffler.

“It was blustery, windy — swirling all over the place,” Woods said of the conditions.  “I told Joey (LaCava), ‘let’s get back to even par for the day.’  Made the cut — have a chance going into the weekend.  I’ve got a chance over the weekend.  Tomorrow’s (Saturday) gonna be a big day.”

Woods came out of the box missing shots to the right.  His opening drive found the huge bunker complex to the right then his second was right of the green.  He missed a 10-footer for par and that would be the recurring theme over his first five holes.  His only par on the first five holes came at the second.  He missed a short par putt from four-feet at the third — something that didn’t happen on Thursday.  At the par three fourth, his tee shot was again, wide right and his chip left him 25 feet from he cup.

More trouble at the fifth where his drive found the right woods.  Another bogey.

He took off his sweater after that hole and turned things around.  He birdied the eighth and turned in 39.

He hit an amazing second into 10 that stopped four feet from the hole.  He made birdie but suffered back-to-back bogeys at 11 and 12.  But he bounced back with birdies at 13 and 14 and finished with a 74.

He made the weekend, which was a feat in itself, given his physical limitations.

As Tiger said, Saturday, moving day, will be a big day for him if he wants to contend on Sunday.

The “missed cut” list at the 86th Masters had some very big names on it.

Jordan Spieth’s continued erratic play produed rounds of 74-76 and he didn’t survive.  Neither did Bryson DeChambeau, whose struggles at this famed course continued.  Bryson shot 76-80.

The round two scoring average was high, it’s what was expected given the conditions — the number was 74.6

There was a total of 18 sub-par rounds on Friday.

Tiger Woods has made the cut 22 times in a row.  Record is 23 held by Gary Player and Freddie Couples.

No amateurs made it to the weekend.