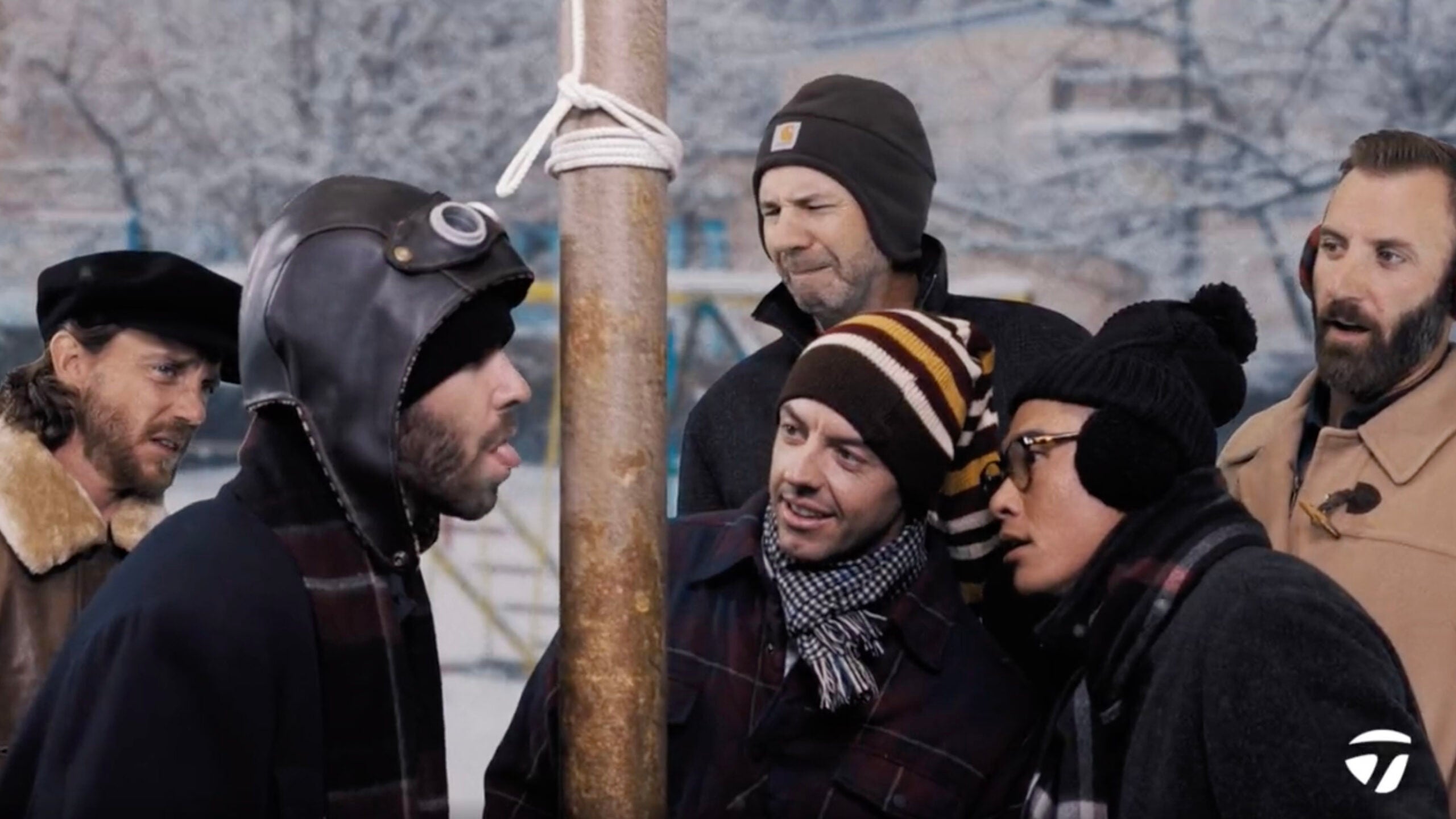 Don't do it Matt, your tongue will stick to that frozen pole!

Ah, the famous “He gets his tongue stuck on the frozen pole” scene from everyone’s favorite holiday movie — A Christmas Story.

We all love the adventures of young Ralphie and his family as the Christmas season takes over the town.  There are classic antics and shenanigans.  One of the most memorable is the old “frozen pole scene” where one of the wise-ass kids accepts the old “Triple-Dog-Dare” and is dumb enough to stick his tongue out and make contact with a frozen pole in the school playground.

TaylorMade golf has a clever marketing department and this year they’ve re-created the scene where the kid, unfortunately, accepts the dare and suffers the consequences.

It’s a great re-creation with Rory McIlroy starring as the antagonist who throws out the dreaded “Triple-Dog-Dare” to the character played by Matt Wolff.  Ralphie, an onlooker in the scene, is played by Collin Morikawa who looks very authentic in the role.

No doubt, A Christmas Story is on everyone’s holiday watch list.  No matter how many times you’ve seen it, it never gets old.

For comparison, here’s the link to the original “tongue-stuck-on-the-frozen-pole” scene:

Click here for the actual pole scene from iconic movie:

John Daly was super-impressed with Tiger Woods at the PNC Championship last weekend, so much in fact, that J.D. had a bold prediction about Tiger’s eventual return to competitive golf.

“But I think Tiger’s gonna be fine.  He looked good.  He looked a little tired, but he still looked great.  He’ll be back, and I could see it in his eyes; he’s probably gonna beat Jack Nicklaus’ records and be the greatest of all time.

In other words, J.D. thinks Tiger will win not one, not two, not three but four more majors?

Dustin Johnson and his brother/caddie Austin are one of the PGA Tour teams that use the fairly new “Aim Point” method for reading putts.  It’s largely Austin who does the actual work — straddling the line and putting up a hand with the Mr. Spock “Live Long And Prosper” Vulcan finger sign.

Seems Jordan Spieth is thinking about joining that club this coming season.

Spieth has his looper — Michael Greller studying up on the technique.

“I told him I try to look for an edge,” Spieth said. “It would be cool to gain a little edge by learning a skill you don’t have. In the past I would do Trackman seminars, stuff that here or there could mean a stroke.”

Tiger Woods (Once Again) Proves He IS “The Needle”:

By now everyone knows that Tiger Woods doesn’t “drive the needle” — he IS “the needle” when it comes to bringing eyeballs to golf.

He proved it once again last weekend at the PNC Championship.  The tournament averaged 2.3 million viewers on NBC this year compared to around 1.5 million in 2020 when son Charlie made his public debut.

No doubt who won the PGA Tour’s Player Impact Program “contest” in 2020 and no doubt Tiger will take the top prize again in 2022.