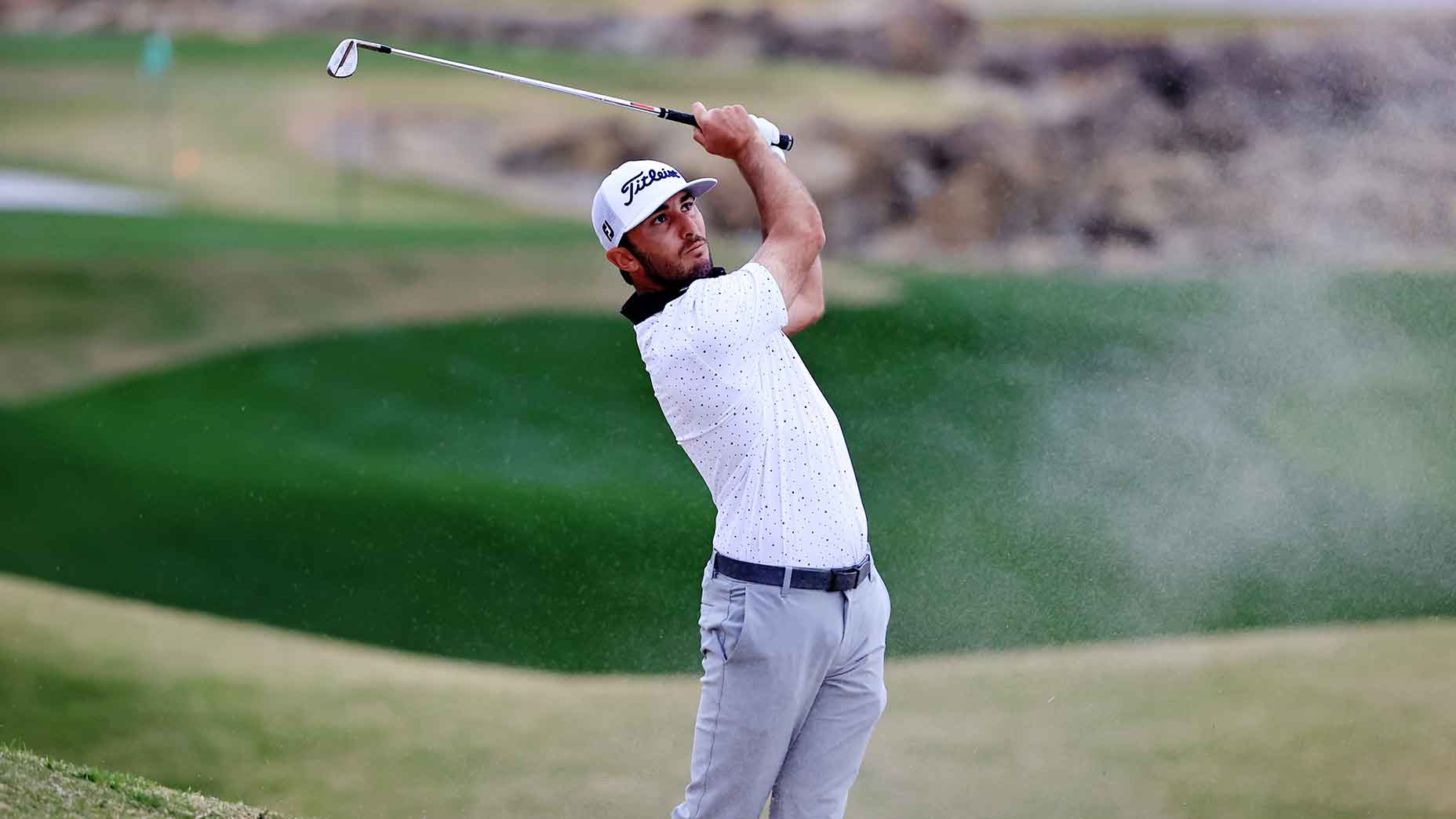 Max Homa lipped out a short putt at the 72nd hole then won the playoff.

Max Homa found himself living the dream late Sunday afternoon as he lined up a birdie putt on the 18th hole of his favorite golf course in the world.  Victory at the Genesis Invitational was just a short 40 inches away for the player who first visited Riviera at the tender age of two.

Up on the hill leading to the classic clubhouse, Tony Finau was a more-than-interested observer.  Finau had just shot the round of the tournament, a closing 64 that got him in at 12-under par, tied with Homa.  But it looked for sure that there would be another immediate disappointment for Finau as Homa was set to win it all.

Then fate smiled briefly on Tony as Homa’s winning-birdie-bid broke left, caught the cup and took a hard-right lip-out, sending the long day into overtime.  Homa’s closing 66 kept him at 12-under with Finau.  “You’re not supposed to miss a three-footer in front of Tiger Woods,” Homa later related, knowing the tournament host was there to present the trophy to the winner.

Finau and Homa headed for the diabolical 10th hole — the playoff started there since there were no fans on site.  It looked like Finau would finally get the win there after Homa’s tee shot settled inches from the trunk of a small tree left of the green while Finau’s was in perfect position, pin-high left, right below the green.  It was then that Homa hooded a wedge, made an improvised swing at the ball and somehow got it up on the green, 12 feet from the hole.

Finau responded with a better-than-average pitch that left him just seven feet for birdie.  After Homa’s attempt missed, Finau followed suit and missed his.

They headed over to the par three 14th where Finau made the costly mistake of hooking his tee shot into a greenside bunker.  Homa responded with a great shot that left him 11-feet from the hole.  Finau’s bunker shot came up nine feet short, on nearly the same line at Homa.  Homa missed then watched Finau do the same.  Homa tapped in for par and his second victory, this one coming at a place he’s loved his entire life.

“I’ve been watching this tournament my whole life,” Homa said afterward, starting to get a bit emotional.  “Tiger, I apologize — you’re not supposed to miss a three-footer in front of Tiger Woods,” Homa reiterated, crediting Woods as his motivation for taking up the sport.  “I saw him the other day — I was too scared to talk to him,” Homa said, cracking a smile.”

Burns got off to a dream start — going out in 31, getting to 13-under par and building a three-shot lead heading to the final nine.  But Burns had problems controlling his driver down the stretch and suffered bogeys at the 12th, 14th and 16th holes.  A birdie at 17 gave him a shot at the playoff but a poor drive and a sloppy approach into 18 left him lucky to make par and finish solo third.

Johnson was out of sorts all day.  He had control problems with the driver and his distance control on his approach shots was not good.  Add some missed short putts and it was a closing 72 for the world’s No. 1 and a tie for eighth.  Fitzpatrick was a shot better and finished a seven-under, tied for fifth with Jon Rahm and Viktor Hovland.

But the day belonged to Homa, who has had a long love affair with Riviera.

“I think it’s the best golf course in the world,” Homa said.  “I have a game that is suited for tough golf courses.”

“Right now I’m disappointed,” Finau said after his bogey on the second playoff hole.  “But I shot 64 on a day I needed to.  Today’s round was pretty special to me.  My game’s in a great place heading into some big events.”

As for Homa, it was a win for the home-town kid at a place he’s loved his entire life.