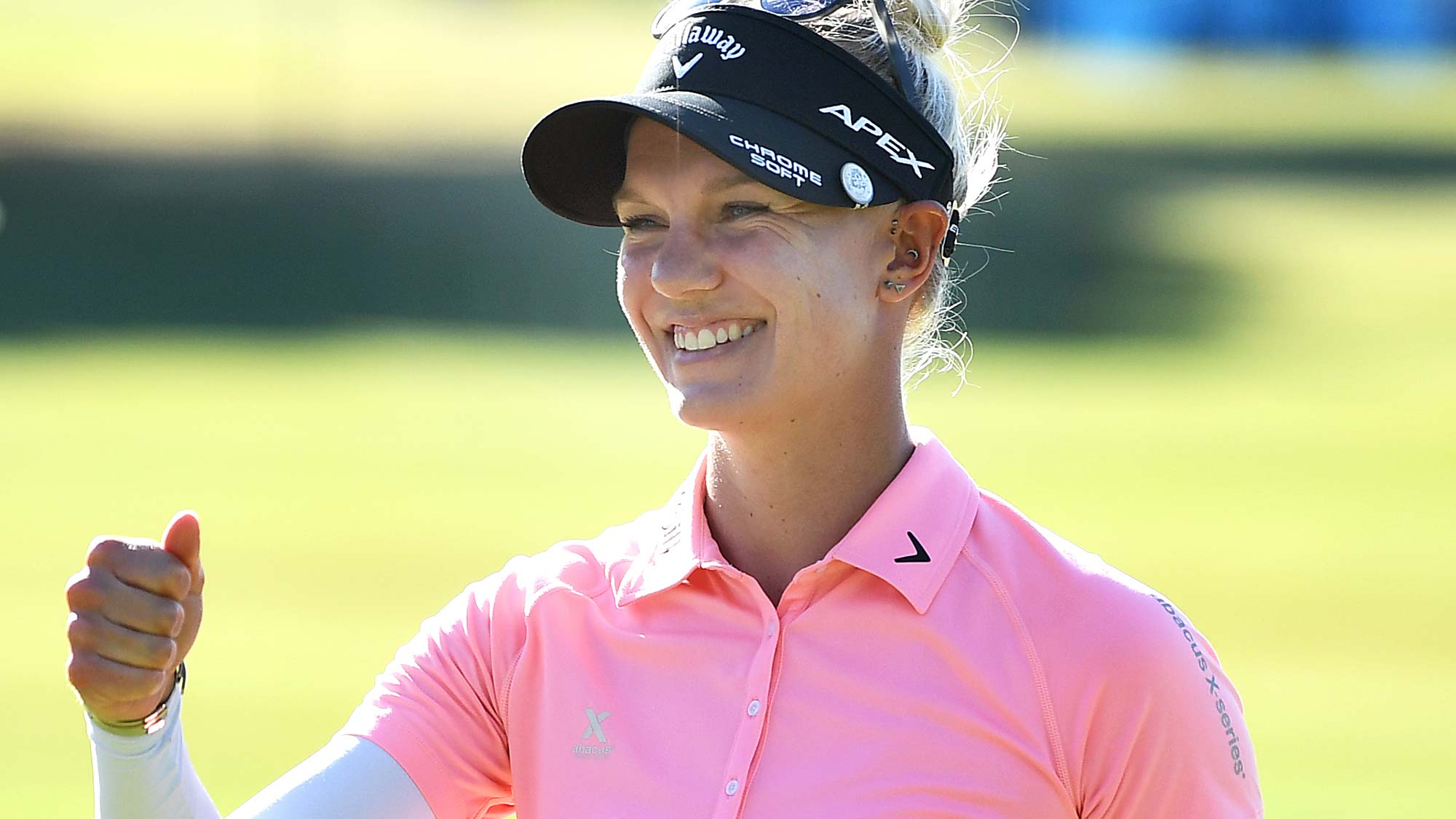 Madelene Sagstrom is the defending champion this week at the LPGA Gainbridge.

Madelene Sagstrom shared a sad tale from her childhood this week and it’s the feature story on the LPGA Tour’s website.

Sagstrom carried a dark secret from her childhood for 16 years and it wasn’t until she confided in men’s European Tour star Robert Karlsson, a fellow Swede, that she was able to move on from what happened to her as a seven-year-old growing up in their home country.

Sagstrom was the victim of sexual abuse by a family friend.  It took a lot of courage on her part to recount what happened to her that day.

“Telling Robert (Karlsson) made me feel free,” Sagstrom recalled.  After hearing what happened, both decided she need to tell her parents.

“It was the start of a new chapter in my life, of me feeling okay just being me. The day I shared my secret, all my walls broke down. Everything I had built up for so many years fell to the ground.  For so long, I never thought I’d tell anyone. It was going to be my secret forever. I’m so happy it’s not,” Sagstrom said.  “Finding my voice and courage to share my experience has taken time. Survivorship is a continuous process. As a professional athlete, I have the visibility to make a difference and connect with others who may have experienced sexual abuse. If I touch one life by telling my story, it will all be worth it.”

The LPGA Tour resumes this week at Lake Nona for the Gainbridge.  It was a first year event in 2020 when Sagstrom won at the Boca Rio Club in Boca Raton on Florida’s east coast.

This week she returns with her all important tale and a message for all survivors of childhood abuse.

Click on this link to hear Sangstrom tell her story:

It’s been a long time coming but the USGA along with its European brother, the R&A, are proposing to relax the rules regarding a player’s amateur status.

The biggest change is that amateur are now allowed “sponsorships” — a move that is in line with the NCAA change of rules that allows student athletes to profit from their images.

That’s the biggest change and one that has been needed.

Back when Tiger Woods was a junior player, it was common knowledge inside the golf world that IMG (International Management Group) was quietly bank-rolling Tiger’s extensive travel and tournament play as a teenager.  It got even more serious when he enrolled at Stanford.  IMG named Earl Woods (Tiger’s dad) as their “Director Of Junior Golf” which carried a hefty salary with it.  The NCAA quietly whispered to Stanford and Earl that, well, that was basically a huge violation of NCAA rules governing student athletes and compensation to family members by a management company.

So now amateurs can have logos on their shirts and get compensated, hats, bags, etc.

How young is too young to land “sponsorships”?  Remains to be seen.

What the move will allow is more opportunity for young talent that may not have a family with enough money to fund those expensive (AJGA) events and the extensive travel required to attend them.  It could also help establish a well-funded “national team” like other counties have — South Korea, Sweden, etc.

Click On This Link To Review All The USGA Proposed Changes: