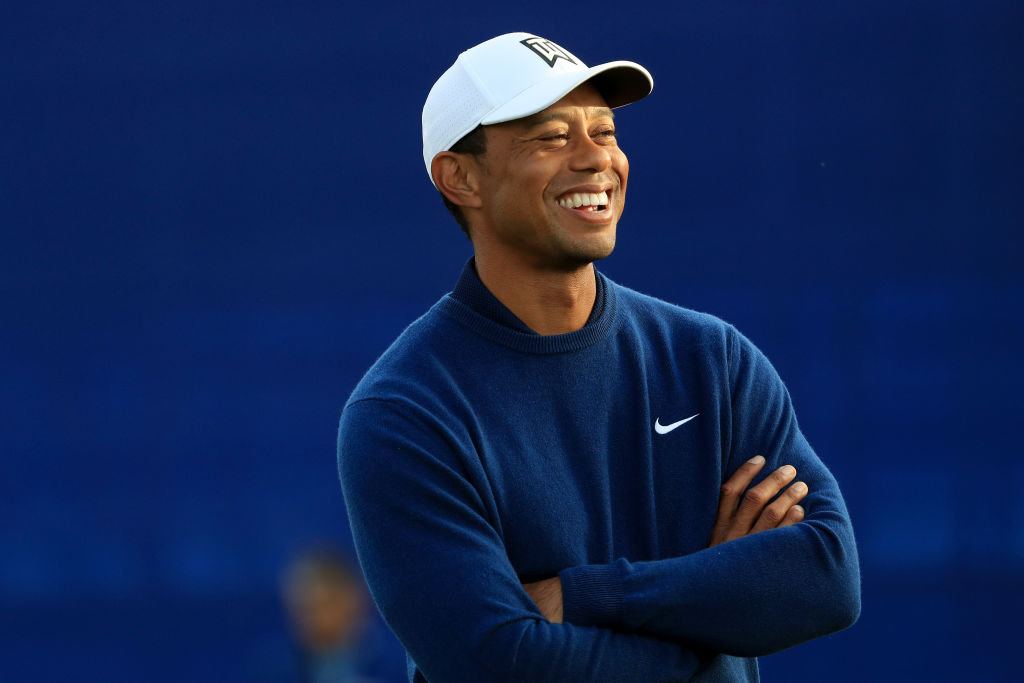 Tiger Woods is still in the midst of rehabbing after back surgery.

“I don’t know what the plan is right now,” Woods said quickly when asked on Sunday about when he might return to action.

Jim Nantz posed the question, Tiger gave a terse answer.  “Still in the gym, still doing mundane things for rehab,” Woods explained when Nance inquired as to when the golfing world might see Woods return to competition following his fifth back surgery — another micro-discectomy.

Nance threw out the scenario of Woods in the hunt on Sunday at the 2021 Masters in April.  “I gotta get there first,” Woods said, almost laughing.

Woods was on hand this weekend and after winning the playoff, he presented the trophy to home-town guy Max Homa, who grew up in nearby Burbank.  Woods watched the action down the stretch and pointed out to Nance:  “I’ve watched a lot of golf the last couple of years.”

As the interview with Woods wrapped up, Nance turned to analyst Nick Faldo and said:  “He was not overly optimistic.”

Not in the least.