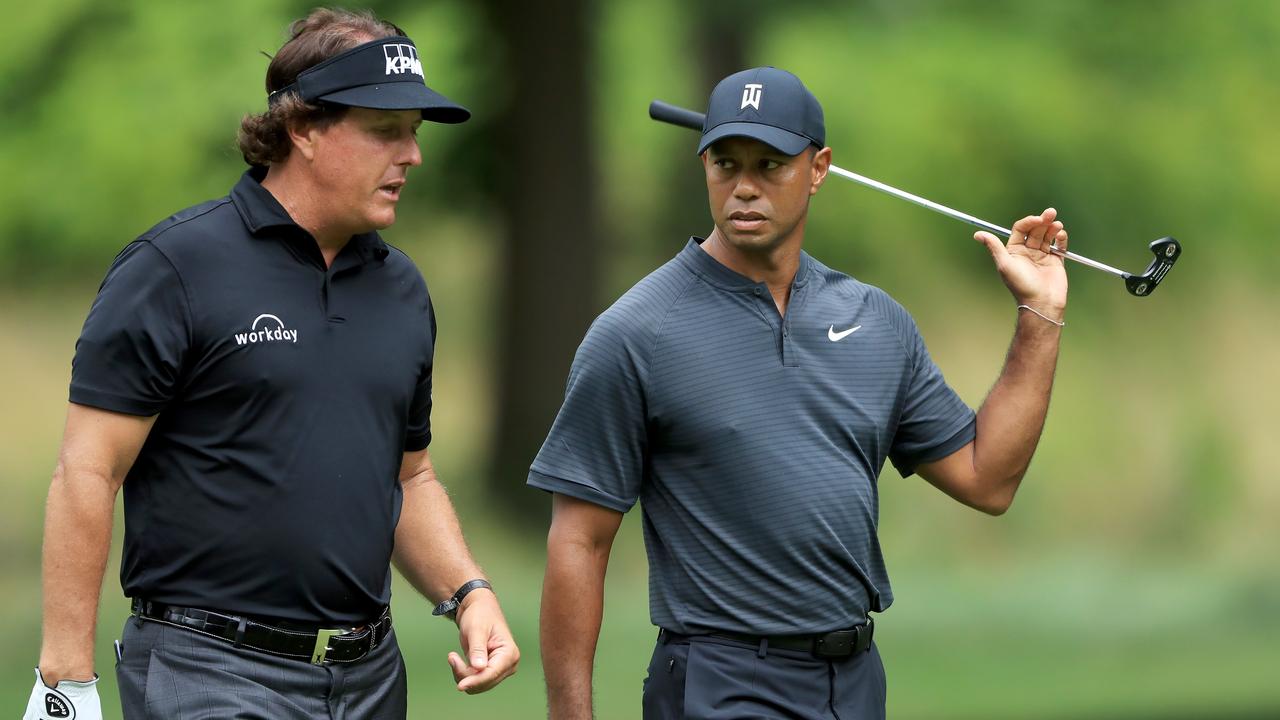 There's never been a WGC event that didn't have Phil or Tiger or both in the field.

The elite World Golf Championship events came to be back in 1999 — an idea stolen by the PGA Tour from Greg Norman.

History will be made this week at the WGC-Workday-for-now event at the Concession Golf Club outside Sarasota — neither Phil Mickelson nor Tiger Woods will be in the field.

That’s a first-ever for these no-cut, big pay-day events.  In the 20-plus years of competition, Tiger Woods and Phil Mickelson have been field stalwarts.  Woods has feasted on these limited-field, no cut events, winning a whopping 18 of them, far ahead of Dustin Johnson’s second-most six wins.

Woods is still on the mend from a fifth back surgery.  There’s no timetable for his return to the PGA Tour although it’s anticipated that he’ll try and play at least one event before The Masters in April.

As for Mickelson, he’s looking to make golf history as he heads back to the Champions Tour this week.  No player in the history of the over-50 tour has ever won his first three starts.

As for Tiger, he’s still on the mend as he pointed out Sunday at the Genesis Invitational where he is the tournament host.  “Still doing the mundane rehab stuff,” Woods said as he updated where he stands in his recovery from a fifth back surgery.

And sometimes the last become first.

That was the case for Hayden Buckley at the LECOM Suncoast Classic at Lakewood Ranch outside Sarasota as the Korn Ferry Tour got going with its first event of 2021.

Buckley was the first alternate and found out he was in the event around 15 minutes before his tee time early on Thursday morning. He raced to the range to hit 10 balls and then made it to the tee in time for his 7:17 a.m. tee time.

By Sunday, Buckley finished at 13-under par at Lakewood National and found himself tied with Dawson Armstrong and Taylor Montgomery.  On the first playoff hole, Buckley made birdie to notch his first Korn Ferry win.

Buckley wasn’t even thinking playoff when he finished.  With two holes to go, it looked like Clemson alum Billy Kennerly would cruise to victory. Kennerly held a two-stroke lead standing on the 17th tee box, but double-bogeyed the 17th and bogeyed the 18th to miss the playoff entirely.  “With three or four holes left I felt out of it,” reflected Buckley. “Billy was playing so well all day, I think he had a three-shot lead with four to play. I think he bogeyed a few coming in and all of the sudden we were tied going into 18.”

Buckley was elated the playoff only went one hole.  “I didn’t want to play two holes; I’m tired and my legs hurt,” laughed Buckley after his playoff victory. “It’s hard to believe. To get up there and do what you know you have to do, knowing it will change your life, it’s hard to put into words. It’s just a lot of relief, knowing I can plan a schedule. I have a whole year no matter what and I can compete for a TOUR card.”