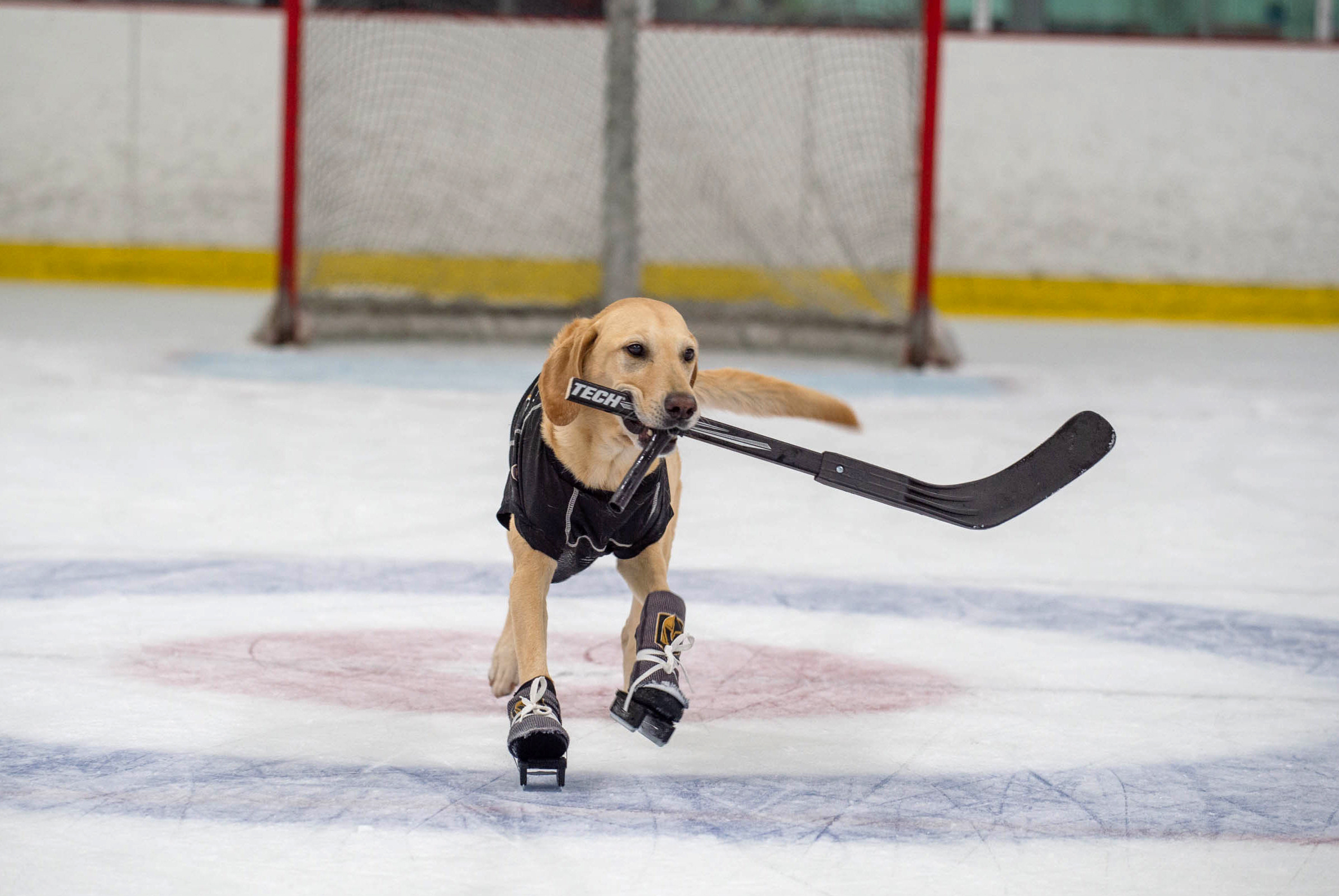 Benny on ice. See SWNS story NYICE; Meet the world’s first ice-skating DOG - a lovable Labrador which spends its days at the rink after being saved from euthanasia. Benny, five, has been learning to skate for a year after his owner, former coach Cheryl Del Sangro, 56, took him along to a practice on a whim. During that first foray on the ice last winter, adorable Benny scooted around on the ice after his owner, gleefully - and skillfully - picking up pucks. It inspired Cheryl - who had rescued the pup from death row at a shelter when he was just a few months old - to take him under her wing as her newest student. The animal lover has since taken Benny training once every two weeks at the Las Vegas Ice Center, teaching him an array of tricks including turns, crossovers and bunny hops.

Posted By: Tom Edringtonon: June 09, 2022In: In The DoghouseNo Comments

What a great time to bust out the Dustin Johnson commemorative golf shoes — as Adidas has released a Wayne (The Great One) Gretzky and Dustin (The Dumb One) Johnson golf shoe.

Good news is that only 64 pairs are available to the first sucker, er buyers, who want a pair of these.

The timing couldn’t be worse as D.J. has resigned his PGA Tour membership and flown the coup to the LIV Series where he can just show up and collect money — won’t have to practice, he can beat most of the clowns, er, competitors on the LIV series with a half-set and wearing flip-flops.

So now Adidas becomes the first big-time manufacturer to get a stay in the DogLegNews Dog House.

By the way, the dogs will be sending in their respective paw sizes!