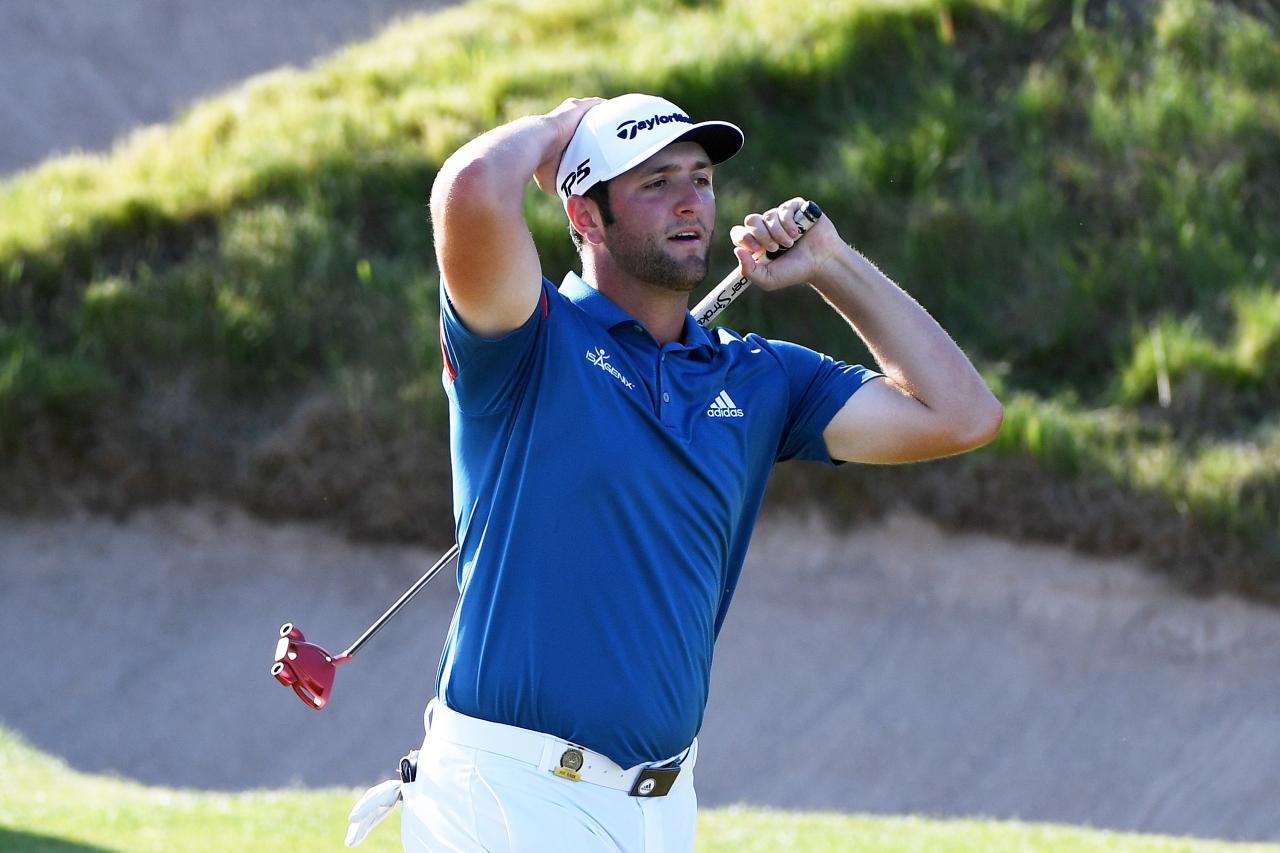 Jon Rahm missed three birdie putts inside eight feet during his first round.

Jon Rahm figured he needed some action to get ready for next week’s Ryder Cup matches and from the looks of his play at the Fortinet Championship on Thursday, he’s got some work to do.

Rahm was far from having his “A” game during the first round of the PGA Tour’s 2021-22 season opener at Silverado Resort in the Napa Valley.  The world’s No. 1 managed to come up with just two birdies on the day and his opening 70 left him tied for 84th — seven shots behind first-round leader Chez Reavie.

Rahm withdrew from the Wednesday Pro-Am with a stomach ailment and he may not have been feeling his best.  He missed three birdie putts inside eight feet and a couple of wayward drives resulted in a pair of bogeys on his scorecard.

“A little tight today probably from having to be in bed for so long yesterday,” Rahm said afterward.  “Toward the end (of the round), a lot of times my mind just wasn’t in it, I was having a hard time focusing given the fact that I haven’t had a solid meal since Tuesday morning.  “It is what it is. I just started, I’m feeling good now.

“I’ve heard there’s a stomach virus going on,” Rahm added.  “but I think in my case it’s just a little run down from the season and just happened to manifest this way.”

This is the first time a world’s No. 1 opened his season at an event populated by lesser names, many of them coming off the Korn Ferry Tour and some getting their cards back via the Korn Ferry finals two weeks ago.

PGA champion Phil Mickelson, one of Steve Stricker’s vice captains for next week’s matches, opened with a two-under par 70 that had him in a huge group tied for 29th.

Reavie had no problem making birdies.  He had eight for his day’s work, offset by a single bogey.  He made six on the front nine, turning in 30.

Cameron Tringale and Adam Hadwin were a shot back of Reavie with 66s.  Max Homa, who played with Rahm, was one of three players in with 67.

The actual “co-winners” of the 2021 Tour Championship were Jon Rahm and Kevin Na — both shot 14-under par for 72 holes at East Lake and were the actual “low gross” winners in an event where the PGA Tour “gives shots” to the best performers coming into that event.

No playoff for Rahm and Na.

Both Rahm and Na are in the Fortinet field and after his opening 69, Na spoke his mind about not being chosen for the U.S. Ryder Cup team.

“It sucks,” Na said.  “It’s disappointing. He (Steve Stricker) has a tough job.  I don’t take it personal.  No one deserves anything. It’s a captain’s call.  I respect his decision.  Do I disagree?  Yeah, I disagree. I just have to play better.

“It didn’t matter what happened at the Tour Championship,” Na added.  “He (Stricker)  already had his mind set, that’s my personal opinion.  I think it would have been great if I played for the team. I think I could have really brought some good energy and I could’ve really contributed and disappointing that I won’t get the chance to do that.”