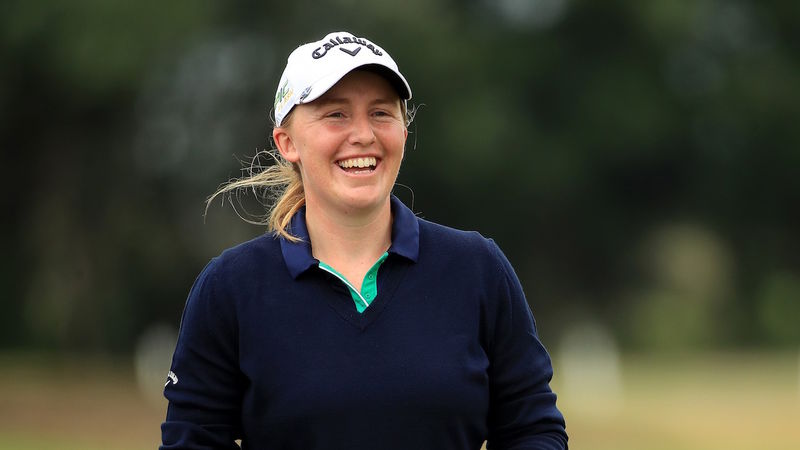 Scotland's Gemma Dryburgh is ranked No. 312 in the world.

Posted By: Tom Edringtonon: September 17, 2021In: In Other News...No Comments

With most of the world’s top players skipping the Cambia Portland Classic there were some surprising names at the top after round one at the Oregon Golf Club, including Scotland’s Gemma Dryburgh.

Gemma Dryburgh — ranked 312th in the world and winner of a scant $28,402 thus far this season on the LPGA Tour.  That didn’t stop the Scottish player from shooting a four-under par 68 on Thursday that got her a share of the first round lead.  She was joined by Carlota Ciganda of Spain, a member of the winning European Solheim Cup team.  Thailand’s Pajaree Anannarukarn joined them to make it three at the top of the leaderboard.

Prior to Thursday, Dryburgh had not hit a ball in competition in three weeks.  Her last event was the Women’s Open.  Her round got a big boost from at eagle at the par four seventh, where she holed her approach.  This is her second time at the top after the first round in an LPGA Tour event.  She led at the ISPS Handa World Invitational in August.

“Just hit a little gap wedge. Hit it pretty perfect,” said Dryburgh of her shot on the seventh hole. “Actually I thought it was going long when I saw it on the green, but it just landed perfectly just short of the pin and rolled right in like a little putt, so it was perfect.”

Most of the American Solheimers are skipping the event, notably world’s No. 1 Nelly Korda and sister Jessica as well as Danielle Kang, the only other American in the world’s top 10.  From the top 10 there’s Jin Young Ko (No. 2) from South Korea and Brooke Henderson (No. 9) from Canada and they played well enough to make it to the top page of the leaderboard.  Ko shot a three-under par 69 while Henderson signed for 70.

No birdie-fest at the Oregon Golf Club as only nine players broke 70 on day one.  There a big name tied for 10th.  Hall Of Famer Laura Davies, teeing it up at age 57, turned in two-under par 70.  It was an impressive start for Davies, given the hilly terrain at Oregon Golf Club which makes for a tougher walk.  “I must admit in the practice the other day I found it really exhausting,  but when you’re playing and trying to hit good shots,  you don’t really notice the hills,” Davies said after her round.  “Maybe if you’re not playing so well you notice the hills, but today because I was hitting it good, it was just a lovely even keel and pace of play was really good.”