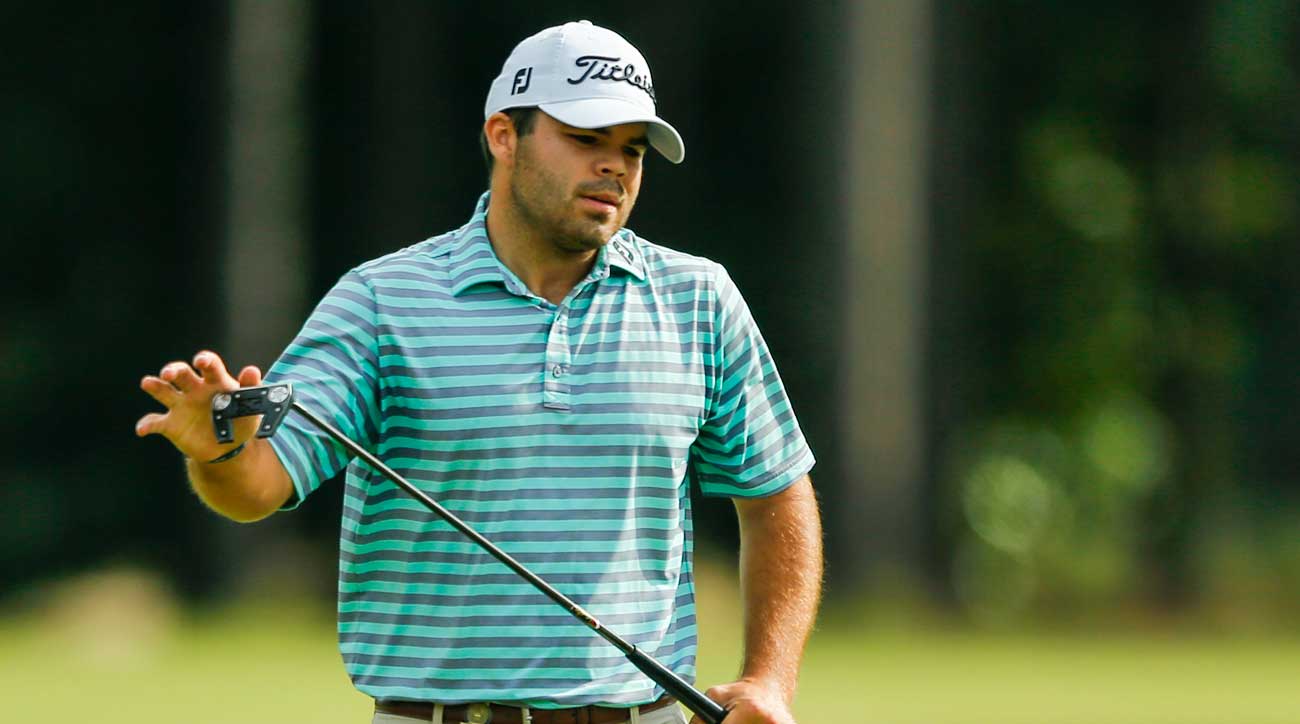 Austin Squires survived a 27-man playoff to get into the match play.

Here’s one for the record books folks.

First thing you have to know is that Austin Squires got into the match play portion of the 2019 U.S. Amateur at Pinehurst Wednesday morning by surviving a 27-man playoff for just three spots in the match play.

Two of those spots went on the first hole when a pair of players making birdiew left 18 guys still in it battling for one spot.  Three hours and 46 minutes later it was Austin Squires winning that last spot as he became the No. 64 seed.

For his stellar performance, he earned the right to go up against world-beater and medalist Brandon Wu.

Wu was crowned medalist after shooting three-under par through 36 holes on Pinehurst’s No. 2 and No. 4 courses. He had arrived at Pinehurst Monday morning, just hours prior to his first round tee time, on a red-eye flight from the Pan-Am games in Peru where he helped lead the United States team to the gold medal.  Wu also qualified for both the U.S. Open and British Open without exemption earlier this year, and helped lead the Stanford men’s team to the NCAA title in May.  Great summer for Mr. Wu.

So late Wednesday, Wu and Squires were the last match of the first round.  Squires, who lost in the quarter-finals to eventual champion Viktor Hovland last year at Pebble Beach, was more than Wu wanted in an opening match.  Squires dug in on the final nine and led two-up with two holes to play.  Wu birdied the par three 17th with a magnificent shot that stopped just four feet from the hole.  He made birdie and found himself just one down on the final hole.

But Wu hit a horrific tee shot that went right of right while Squires pounded one about 325 yards dead center.  Wu found himself in an ugly patch of sand and his second shot ended up in a bunker 20 yards short of the green.  Squires stuck a wedge to 15 feet and when Wu missed his par attempt from 20 feet, he conceded the victory to Squires — 2 up.

Squires was obviously inspired by his victory over Wu.  On Thursday morning, he beat Stefano Mazzoli of Italy, 1-up in 19 holes then dispatched John Pak in the afternoon, 2-and-1 to make the round of eight.

The re-designed Pinehurst No. 2 is a fabulous venue for the tournament.  Coore-Crenshaw did a magnificent restoration job on a course that is one of America’s true golf treasures.

You can catch the matches on  Fox Sports.