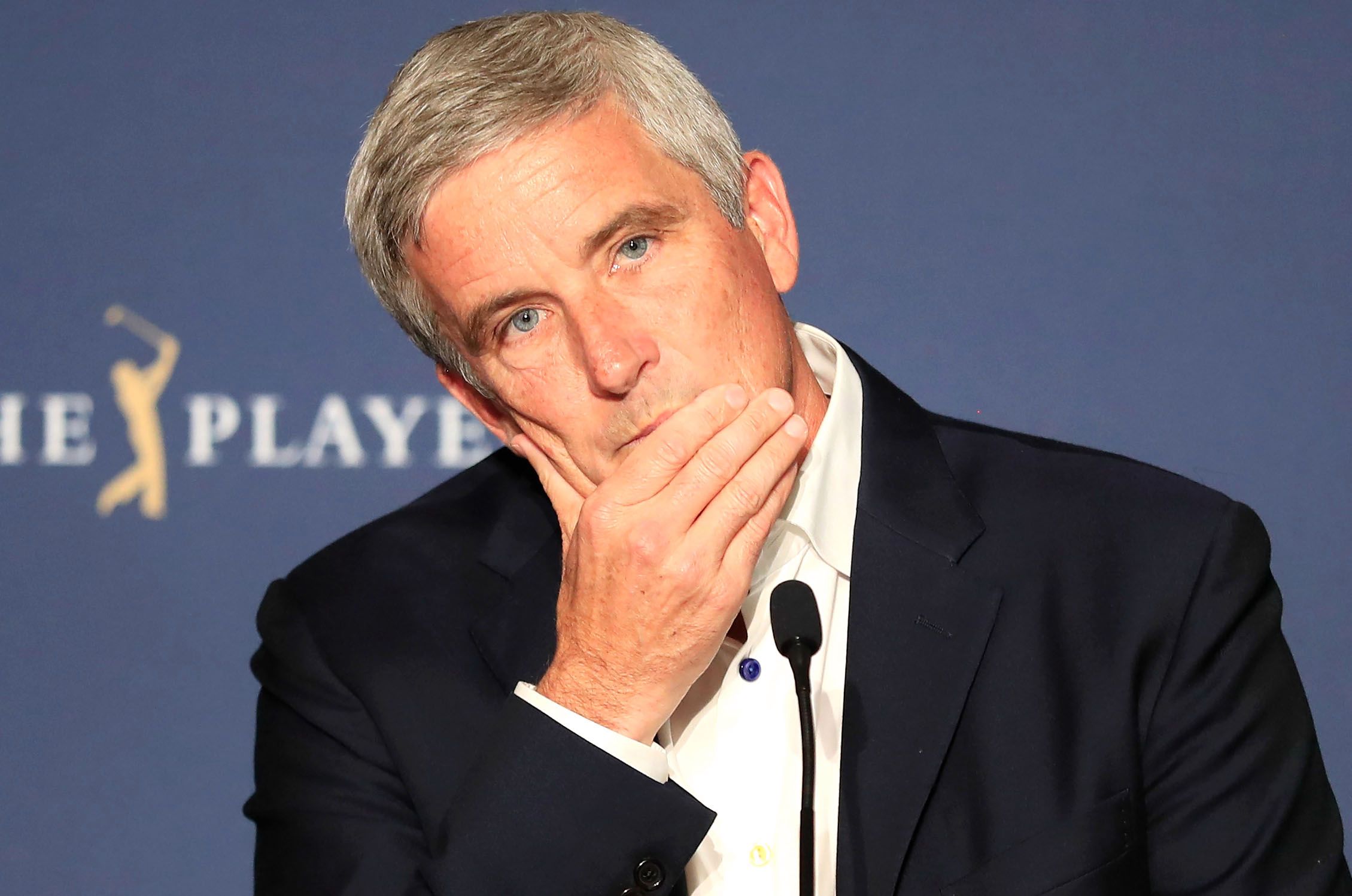 Reports say Jay Monahan and the PGA Tour have banned the Saudi Invitational.

Apparently PGA Tour Commissioner Jay Monahan (aka The Sheriff Of Nottingham) has had enough of the Saudis and their ongoing attempt to start that Super Golf League.

The folks at Golfweek tell us that the Tour has had enough, it’s fed up and The Sheriff and his Sinister Band Of Henchmen have huddled and will issue a ban that will prevent members of the PGA Tour from competing in the 2022 Saudi Invitational.

Dustin Johnson won that even earlier this year and part of the attraction for Tour stars is that the money-flush Saudis pay exorbitant appearance fees for guys like D.J. to show up.

That event has been part of the European Tour’s early-season schedule.

Thus far the European Tour has not announced its 2022 schedule and it will be interesting to see if the Euros decide to give up this lucrative event and follow the lead of the PGA Tour.

What’s also come to light is that the Saudis have thrown a huge amount of cash at the Asian Tour, hoping that they can get some sort of sanctioning for their proposed Super Golf League.  Without any large governing body sanctioning such a league’s play, there would be no world ranking points available which would steer most players away from even considering the upstart, prosposed league.

The Sheriff (aka Jay Monahan) has already made it crystal clear where the Tour stands with his ultimatum:  “It’s them of us,” as a directive to PGA Tour members.

The Tour, officially, remains tight-lipped, saying only:  “The PGA Tour has a long-standing policy of not granting releases to unsanctioned events.”  Which means, basically, “Hell no, you can’t go” to players who might be considering taking the Saudis up on their dirty money.

Earlier this year, 48-year-old Lee Westwood, one of the biggest and long-standing names on the European Tour, sounded like he might be receptive to the Super League if the Saudis threw a large-enough pile of cash at him.  “I think there’s pluses and minuses for everything. I think they’ve obviously got a lot of money and they’ve come out and sent a few shock waves about and people feel threatened. You know, the people that feel threatened are trying to combat it,” Lee Westwood said in May at the PGA Championship. “For me at nearly 50 it’s a no-brainer, isn’t it?  If somebody stood here and offered me $50 million to play golf when I’m 48, it’s a no-brainer.

This situation is heating up, obviously, it could get a lot more interesting later this year.

Rahm explained his frustration this week:

“For people who don’t know, I needed three negative tests,” he said. “Thursday, negative. Friday, negative. Saturday, positive. I did a second one to make sure it wasn’t a false positive.”

Rahm said he went back on Sunday and took a saliva test, an antibody test and a PCR test. The saliva and PCR tests came back negative, and it was confirmed he had the COVID-19 antibodies.

By then, he said, he could not have received three straight negative results and arrived in Tokyo in time to play at Kasumigaseki Country Club, where he was the favorite to win the Gold medal.

Along with already having COVID-19 and being vaccinated, Rahm said he flew privately to England for the British Open, where he passed every test required to play. He tied for third, the only player this year to have top-10 finishes in all four majors.

More maddening to Rahm is searching for answers on why this happened to him.

“I haven’t had two experts tell me the same thing,” he said.