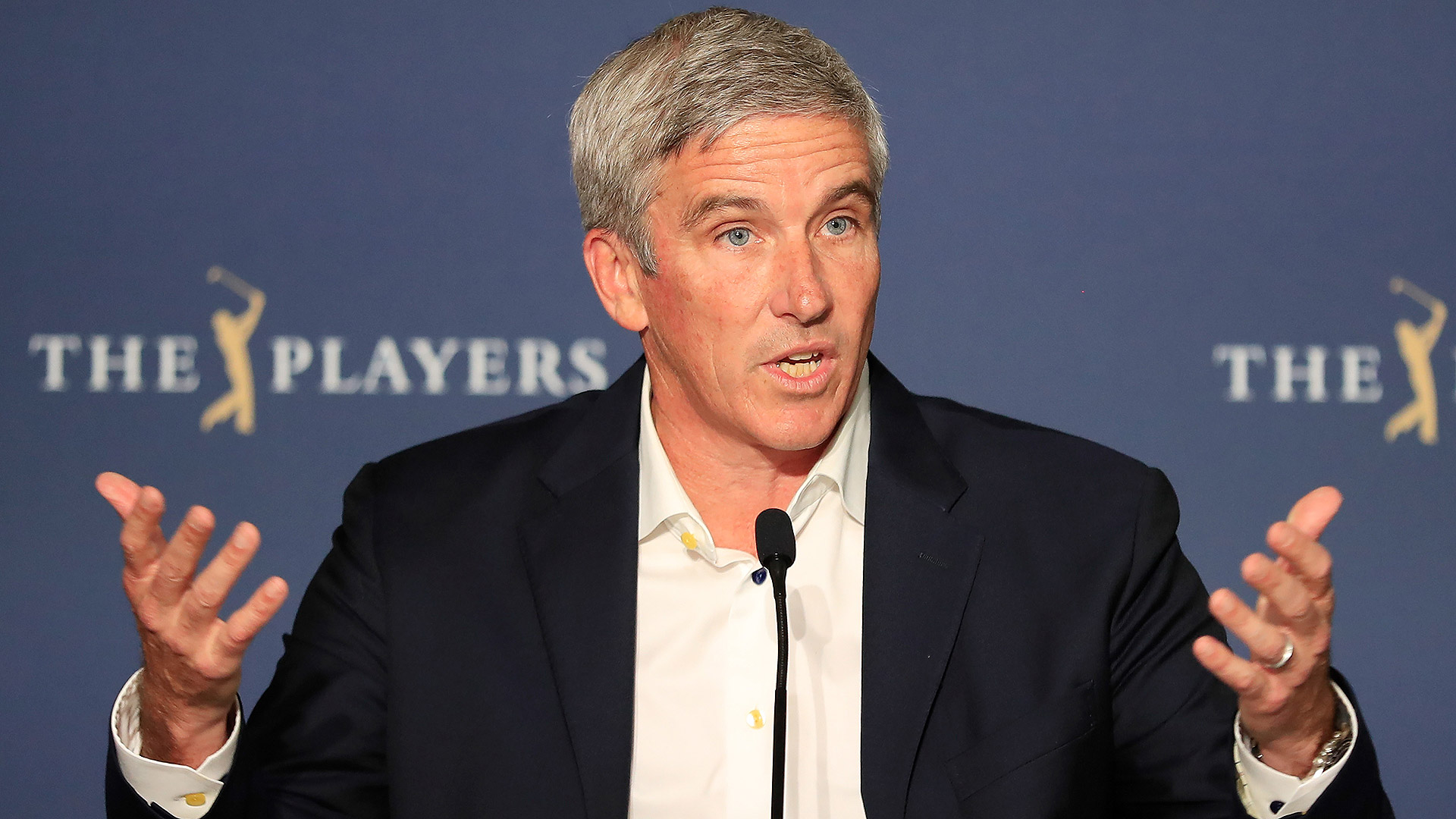 All hands, man your battle stations.

War between the PGA Tour and the upstart LIV Series is imminent.

PGA Tour Commish Jay Monahan (aka The Sheriff Of Nottingham) has put his foot down on the LIV Golf Invitational Series and has told members of the Tour that no releases will be granted for the inaugural LIV event next month outside London.

“We have notified those who have applied that their request has been declined in according with the PGA Tour Tournament regulations.  As such, Tour members are not authorized to participate in the Saudi Golf League’s London event under our Regulations. As a membership organization, we believe this decision is in the best interest of the PGA Tour and its players.’’

Said memo did not sit well with The Lamest Commissioner In The Land (aka Greg Norman) and his response was this:

“Sadly, the PGA Tour seems intent on denying professional golfers their right to play golf, unless it’s exclusively in a PGA Tour tournament. This is particularly disappointing in light of the Tour’s non-profit status, where its mission is purportedly ‘to promote the common interests of professional tournament golfers.’ Instead, the Tour is intent on perpetuating its illegal monopoly of what should be a free and open market.”

The Lamest Commissioner In The Land went on to add:

“The Tour’s action is anti-golfer, anti-fan, and anti-competitive. But no matter what obstacles the PGA Tour puts in our way, we will not be stopped. We will continue to give players options that promote the great game of golf globally.”

And thus the drumbeats of World Golf War I can be heard getting closer and closer.

The PGA Tour isn’t alone in the feud — it has an ally across the pond.  The former European Tour, now the DP World Tour, has followed the PGA Tour’s lead and has denied releases to its members.

Just to give an example of how lame The Lamest Commissioner In The Land really is — Sharky was put on the spot when the LIV Series actually held a media day at The Centurion Club outside London.

Norman’s response showed how deep in the sand his balding head is buried:

“Everybody has owned up to it, right? It has been spoken about, from what I’ve read, going on what you guys reported. Take ownership, no matter what it is.  Look, we’ve all made mistakes and you just want to learn from those mistakes and how you can correct them going forward.”

Mistakes? Where does a carefully contrived assassination fall into the category of “mistake”?

Then Sharky was asked about 81 Saudi citizens who were executed on a single day in March.  In who’s world is that classified as a “mistake”?

He was equally idiotic in his response to that atrocity:

“I got a lot of messages, but quite honestly I look forward, I don’t look back.  I don’t look into the politics of things. I know the mission I have as CEO of LIV Golf and that’s how we can grow the game globally. I’m not going to get into the quagmire of whatever happens in someone else’s world. I heard about it and I just kept moving on.”

Growing the game?  He cannot be serious!

What remains to be seen is which PGA Tour players and which DP World Tour players will defy their respective tours and show up in London next month.

Pretty safe to say it won’t be anyone from the world’s Top 30.

Will Zalatoris is a member of the Tour’s Player Advisory Council had this observation:

“And purses are only going up here, but on top of that, like I said, no one’s stopping anyone from doing it, but I think everyone agrees that the decision that came out yesterday is the best for the Tour. I thought that the decision was, quite frankly, I thought that was the perfect response from the Tour. Because we’re in a great place, the Tour’s in the best spot it’s ever been, it’s only going to get better and why would we want to encourage our players to get releases for those events when essentially we have all these sponsors that are involved with the Tour and are only making it better and better.’’

Justin Thomas isn’t going anywhere and made his observation this week from the Byron Nelson:

“I would hope it would deter them from going over there.  Jay’s made it very clear from the start, what would happen. I think a lot of people are probably like, ‘I can’t believe he did this’ or ‘wow, he went through with it.’ But this is what he said was going to happen all along.

“We just don’t want the competing tour, the back and forth. Look, if you want to go, I mean there’s been plenty of guys that have been advocates of it and have talked it up all the time, and there have been guys behind the scenes that are saying, ‘I’m going, I’m doing this.’ And my whole thing is, just go then. Stop going back and forth. Everybody’s entitled to what they want, you know what I mean?’’

So now the line in the sand has finally turned to stone.

It’s official and obviously Monahan meant business when he said months ago:  “It’s either them or us.”

Buckle up, this is about to get really interesting.

And once everyone gets buckled up, maybe they can start an excavation project to get Norman’s head out of the sand.