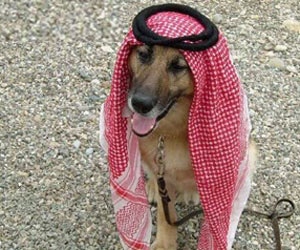 Posted By: Tom Edringtonon: May 13, 2022In: In The DoghouseNo Comments

Greg Norman, The Lamest Commissioner In The Land, is so lame that he’s been deemed unworthy to enter the DogLegNews Dog House.

The dogs have voted and Sharky is persona-non-grata as far as the jovial dogs are concerned.

When the dogs heard PGA Tour Commissioner Jay Monahan declare “It’s them or us,” the dogs immediately declared that they would not support nor attend any LIV Series events, even though its rumored that dogs will be allowed at the events in order to boost attendance.