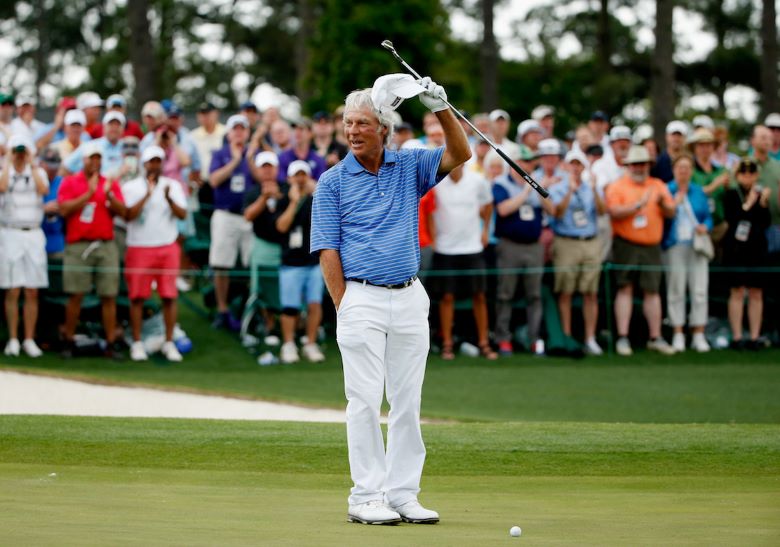 Two-time Masters champion Ben Crenshaw was one of the game's finest putters.

Posted By: Tom Edringtonon: July 09, 2020In: The Lesson TeeNo Comments

There were so many perks that went with covering professional golf in the Golden Era of the 70s.

One of those perks was hanging out on the practice putting green watching Ben Crenshaw.  Talk about a pure stroke.

Crenshaw, a student of the late great Harvey Penick, had a stroke that was the envy of the PGA Tour.  There simply wasn’t another like it.  Closest putter to him in style is Tiger Woods, who probably tops the charts in clutch putts made along with Jack Nicklaus and it’s easy to see why they’ve won 33 major championships between them.

It was surprising that Crenshaw didn’t win The Masters until 1984, after all, with the premium on putting at Augusta National, it was just a matter of time until Ben slipped on a Green Jacket.  He added another in 1995.

As a bonus, Dave Stockton joins him to ask the right questions and of course, Ben has the right answers.

Putting is, in reality, an art form.  It’s the one area where technology hasn’t helped as much as it has with drivers and irons.  Putting still baffles a lot of tour players.  It is the players who find that consistent, reliable putting stroke who end up winning majors.

Click on this link for an impressive session with Ben and Dave Stockton:

To review some of Ben’s important points:

Pay attention to your grip pressure, you need to lighten your grip to make the putter head feel heavier.

Ben’s putting stance was 60-40 with weight distribution, 60 percent on his front foot.

Let your arms hang naturally.  That will help eliminate tension and tension is the enemy in all facets of golf.

Ben’s eye-line is just inside the ball, not directly on it.

Ben’s putting stance was slightly open — he believes that helped him see the line better.

It’s all about pace.  If your pace is off, chances are your grip pressure is too tight.

Spending time with Crenshaw and watching him putt was mesmerizing.

I once told him:  “Ben, it’s too bad I can’t get better at this through osmosis.”

Editor’s Note:  Ben Crenshaw was inducted into The World Golf Hall Of Fame in 2002.  Today he makes up half of the in-demand Crenshaw-Coore architectural design team that has created some fantastic golf courses and did the restoration of Pinehurst No. 2 that brought it back to Donald Ross’s original layout.