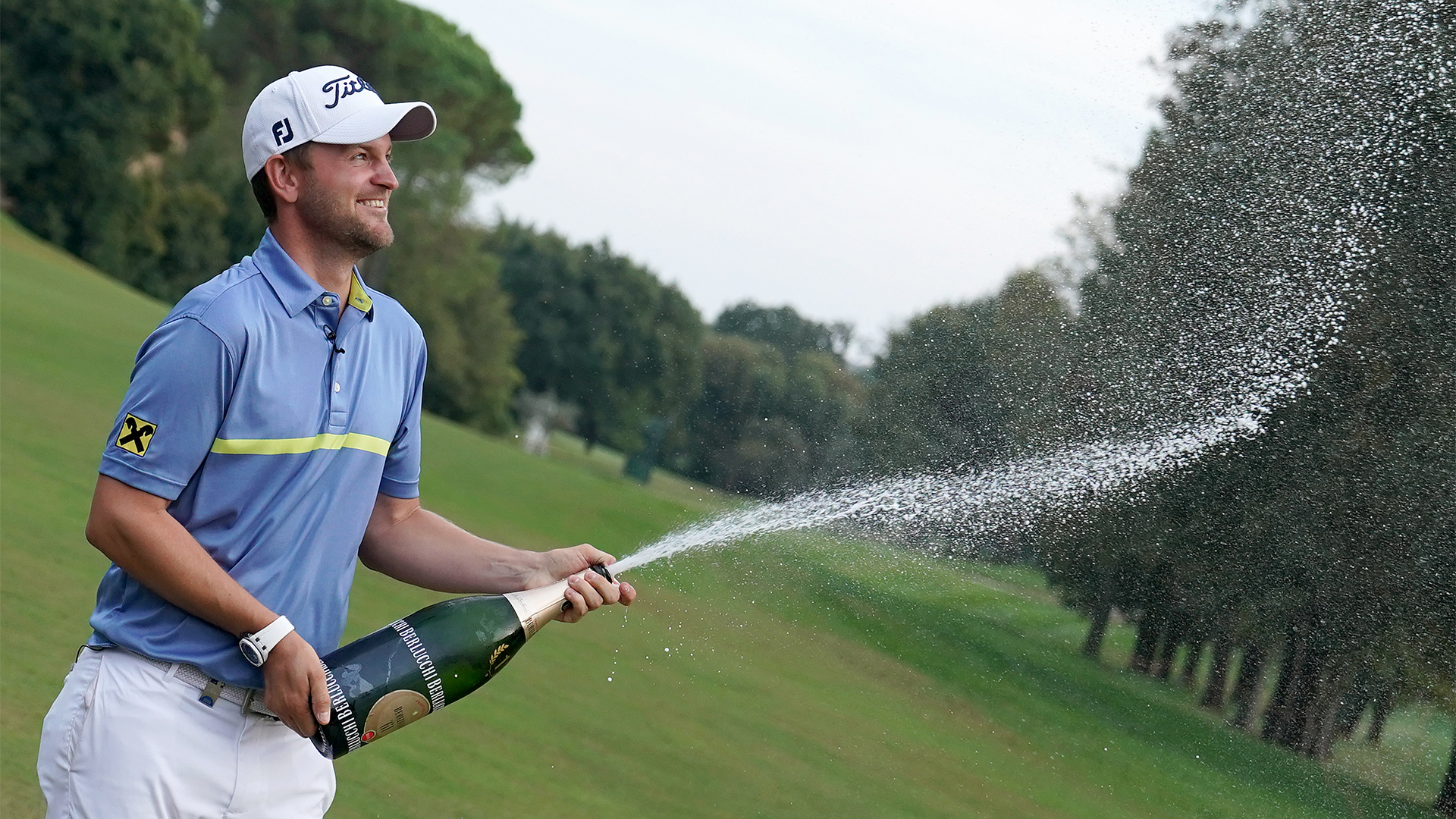 Bernd Weisberger's closing 65 was worthy of a champagne celebration.

Bernd Weisberger’s wrist injury that sunk most of his 2018 season is ancient history.

He made that completely clear Sunday when he came roaring from behind to upend Matthew Fitzpatrick at the Italian Open.

The 34-year-old Austrian star began his final round three shots behind overnight leader Fitzpatrick but got thing going early with four front nine birdies at the Olgiata Golf Club outside Rome.  He added two more coming home then waited to see how Fitzpatrick would fare.

Fitz shot himself in the foot early with a double-bogey at the par five ninth that put him one-over for the front.  He tried to rally coming home but his three birdies got him to 69, 15-under par and just one shot short of the winner.  The young Englishman was obviously disappointed.  “I think I’ve played well when I’ve been up there on a Sunday, just other people really keep grinding and I keep coming up from behind. It is what it is. It’s still a great week, I’m here to win and not here to just make up the numbers.”

As for Weisberger, after missing the last seven month of the 2018 season, he’s come back strong.  He won his fifth European Tour title at the Made In Denmark event then won his first Rolex event at the Scottish Open in a playoff.  With this victory, he’s a multiple Rolex Series event winner.  He’ll move to a career-high 22nd when this week’s Official World Golf Rankings come out.

“It’s been a great summer for me,” he said. “I’ve had a lot of good golf shown and a lot of progress after coming back from the last year.  I’ve won three times this year and it’s been the same every time, I’ve just really enjoyed my time and I’m positive to be back out there because I know how tough it was when I had to withdraw from these great events,” Weisberger recalled.

“I’ve played really well in the right events in Ireland and the Scottish and here this week which helps getting up there in the Race to Dubai. I feel excited about what is ahead of us in these last four events,” Weisberger said as he was all smiles after winning his sixth European Tour event.

It was also a good week for American Kurt Kitayama who finished 12-under after a closing 71.  He took solo third, a shot clear of England’s Andrew Johnston, Scot Robert MacIntyre and Austrian Matthias Schwab.