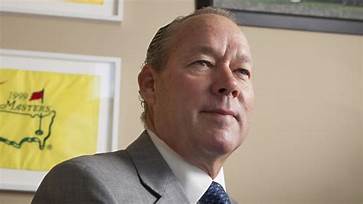 Houston, We Have A Problem — A Field With No Stars

Houston, we have a problem.

Famous words from the past, Astronaut Jack Swigert on Apollo 13 to NASA Mission Control.

Houston has another problem these days.  The Houston Open has been a staple of the PGA Tour long before the tour got really, really rich, fat and uppity.

Things went really sour when the Houston Golf Association washed its hands and walked away from the event.

Now things have reached the FUBAR stage with the tournament moving from the week before The Masters to this week’s lowly spot on the un-glorious fall crossover season.

That smell emanating from The Golf Club of Houston is the stench of a rotten field.  There isn’t even a top 30 name in the tee times.

Let’s face it, you’ve even got Omar Uresti in the field.  He’s ranked 2,071 in the world rankings and last we checked, he basically retired from the PGA Tour and last anyone heard of him he won the 2017 Club Professional Championship and took a lot of heat for that, considering he was once a PGA Tour player.

The Big “O” is just one name in a very unanimous field, sad as it is.

Sure, Henrik Stenson is there to lend some major cred, thanks to Cameron Champ for showing up.  Otherwise, University of Texas star Cole Hammer is one of the more known players in this field.

Tournament director Colby Callaway is the loneliest man in Houston.  Not many PGA Tour stars return his calls.

“I’ve been doing this for 13 months and I know I’ve looked a lot of players in the eye who said they were coming and they are not here,” Callaway said in a recent interview.   “So, I’m a little surprised, but it is what it is.”

Callaway is finding out what everyone who follows the PGA Tour already knows.

“I’m learning that in the fall, players are interested in chasing the big money internationally and playing overseas. That’s not up to me to figure that out, but up to the Tour to help out because there are tournaments here who are saying, ‘What about us?’

Asking the tour for help?

Laughable.  It was the PGA Tour that set the table for the demise of the Houston Open.  If not for the efforts of Houston Astros owner Jim Crane, there probably wouldn’t be a Houston Open this week.

Crane was adamant about not losing the event but did settle for this week’s date.

“Hopefully we can force the Tour’s hand to move us,” said Callaway.

Force the tour’s hand?  In what parallel universe does Callaway think that will happen?

Right now, Crane is underwriting the sponsorship of the event through The Houston Astros Golf Foundation.

Next year, the event will move to Memorial Park, a Tom Doak design and Brooks Koepka served as a player consultant to Doak.

So does that mean Koepka will show up next year?

“You would think,” Callaway said, “but one thing I have learned is never take anything for granted.”