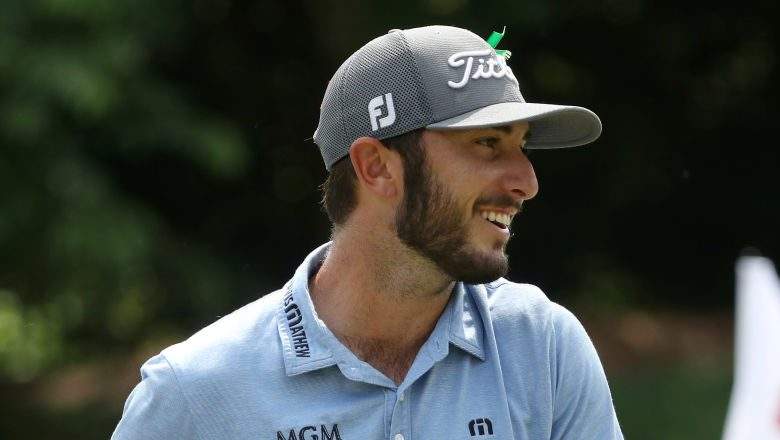 Max Homa shot 66 and is just a shot back of the co-leaders.

Posted By: Tom Edringtonon: May 01, 2021In: FeaturesNo Comments

On a warm Saturday afternoon at Innisbrook, Sam Burns was in charge at the Valspar — until he wasn’t.

Burns nearly made double-eagle at the par five first and was four-under through his first five holes, grabbing the lead from Keegan Bradley, who shared the overnight lead at 12-under.

Burns made the turn at four-under and was 16-under, looking totally in control of his game and the tournament.  By the time he walked off the par three 13th, he had a three-shot lead over Bradley.

But the narrative flipped at the par five 14th when Bradley pitched in from off the green, right of the hole for eagle and all Burns could manage was par.  Two holes later, Burns wound up with bogey at the difficult 16th after he missed the fairway left then caught a flier that left him with little chance to save par.

Both players went to the last hole at 15-under but saw their approach shots come up short in the front bunker.  Burns had no chance as his ball buried while Bradley was more fortunate, his ball came out of the fried-egg and left him a routine bunker shot.  Burns did well to find the green and worked hard to two-putt from 65 feet.  His second bogey in three holes dropped him back to 14-under.  He then watched Bradley miss his par putt and suddenly the gates were open for other contenders heading into Sunday’s final round.

Max Homa shot 66 and the winner of the Genesis Invitational earlier this season, will start just a shot back of the leaders.

Then there are four more at 10-under, who have a shot going into the final 18.  Here’s how they stack up at 10-under:

Joaquin Niemann:  Joaquin shot 67 and he’s the guy to keep and eye on over the final 18.

Abraham Ancer:  Will have momentum going into Sunday after shooting 66 on Saturday.

Ted Potter Jr.:  You hardly ever see this guy in contention but when he finds a place he likes, he can go low as he did on Saturday.  He had just 20 putts, yes, 20 putts on his way to an eight-under par round of 63.

So where are Dustin Johnson and Justin Thomas, the world’s No. 1 and 2?  D.J. will be out pretty early on Sunday.  He shot 74 and was at even par, tied for 60th.  Thomas fared better with a 67 and is six-under, tied for 18th and would need a Ted Potter Jr. 63 on Sunday to have any hope.