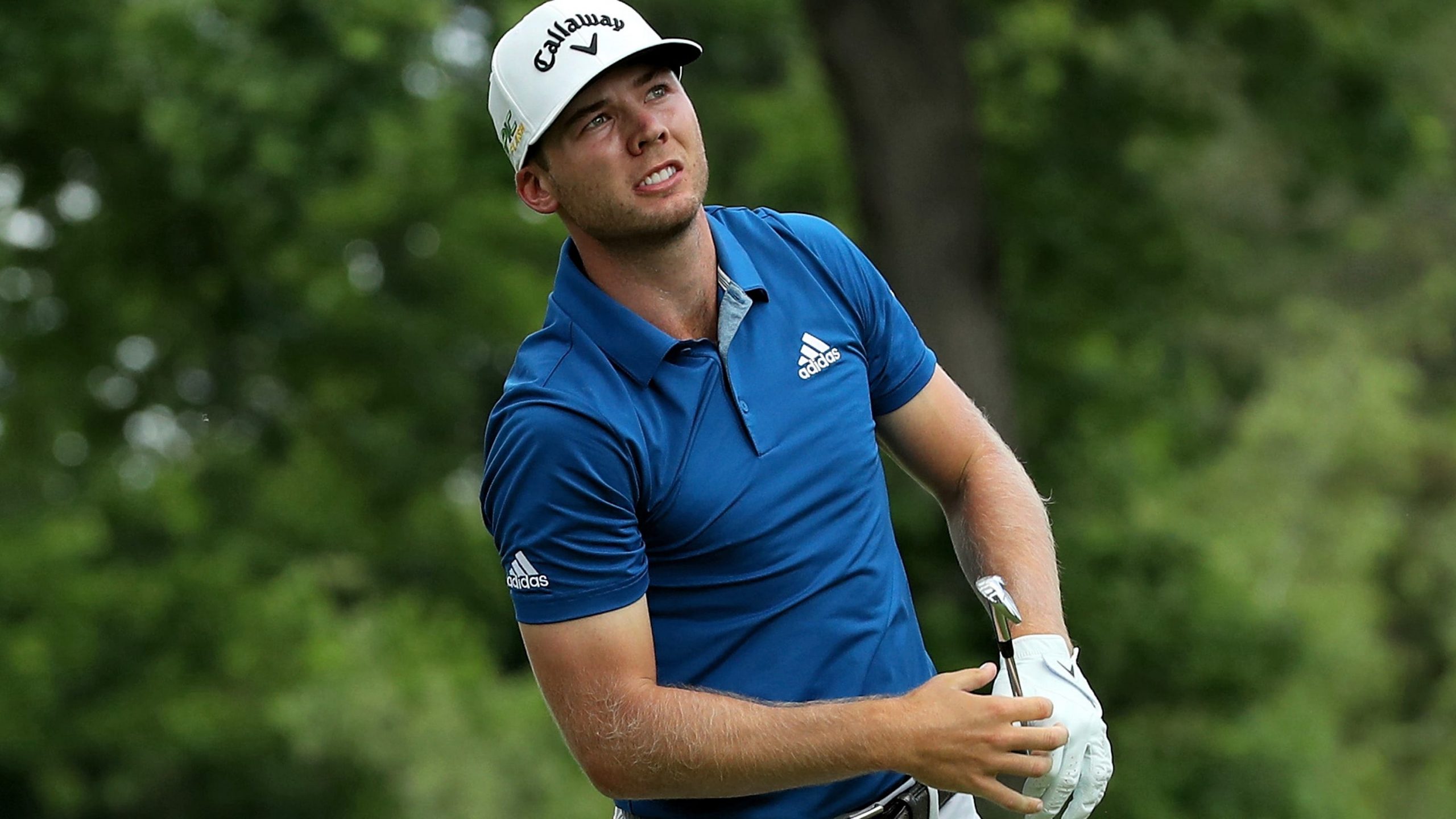 A 63 from Sam Burns tied him for the lead with Keegan Bradley.

Posted By: Tom Edringtonon: May 01, 2021In: FeaturesNo Comments

The fireworks came late on Friday at The Valspar — Kegan Bradley turned an okay round into a really nice one with one swing at his 18th hole of the day and talented Sam Burns tore up the Copperhead course with an unheard of round of 63, eight-under par.

Both players are in at 12-under par, a 36-hole record for the tournament and the weather-friendly late April date has yielded better scoring conditions than a blustery March event.

Bradley was three-under on his round with about 100 yards uphill into the ninth green, he played it like a 116-yard shot and all he did was hole out his second for an eagle to close out his day with a 66 that backed up his opening 64.

Keegan didn’t know what happened until the greenside spectators whooped it up as the ball settled into the hole.

“I turned a good day into a great day,” Bradley said. “Man, it was a fun day. And what a way to finish. It was a blast.”

Bradley used a gap wedge for his final swing of the day, he added six yards to account for uphill, into a slight breeze.  He called it “a perfect shot” and it was.

“You can’t see the green from down there, so you have to wait for the crowd’s reaction,” he said. “And when everyone puts their arms up, normally that means it goes in. So another bonus of having fans out here. It makes it a lot more exciting for everybody.”

Burns round was the best of the week.  He’s hunting that elusive first PGA Tour win.  He had a one-shot lead thru 54 holes in the Houston Open in November and closed with a 72 to tie for seventh. He had a two-shot lead at Riviera going into the last round and shot 69 to finish one shot out of a playoff won by Max Homa.

“For me it’s just sticking to what I’ve been doing, having a good game plan going into the day,” he said. “I know over the weekend there will be some challenges, and I’m excited for the opportunity.”

There was another late afternoon drama and it came from 50-year-old Phil Mickelson.  Mickelson opened with 73 and made the turn Friday in one-under par, putting him two shots off the projected cutline of one-under.  Lefty had the crowds in a frenzy with three straight birdies at 11, 12 and 13 that got him to two-under par and well inside the cutline.  But the closing holes took a toll.  He made bogey at the 16th to put himself on the cutline and in need of a par-par finish.

Lefty got his par at 17 but put himself behind the eight-ball with a wayward drive at the 18th that sailed way left, into the trees.  He had to punch out, hit a really nice third shot to just inside nine feet and needed that par putt to make the weekend.  He missed and joined playing partner Patrick Reed at even par and both headed home early.