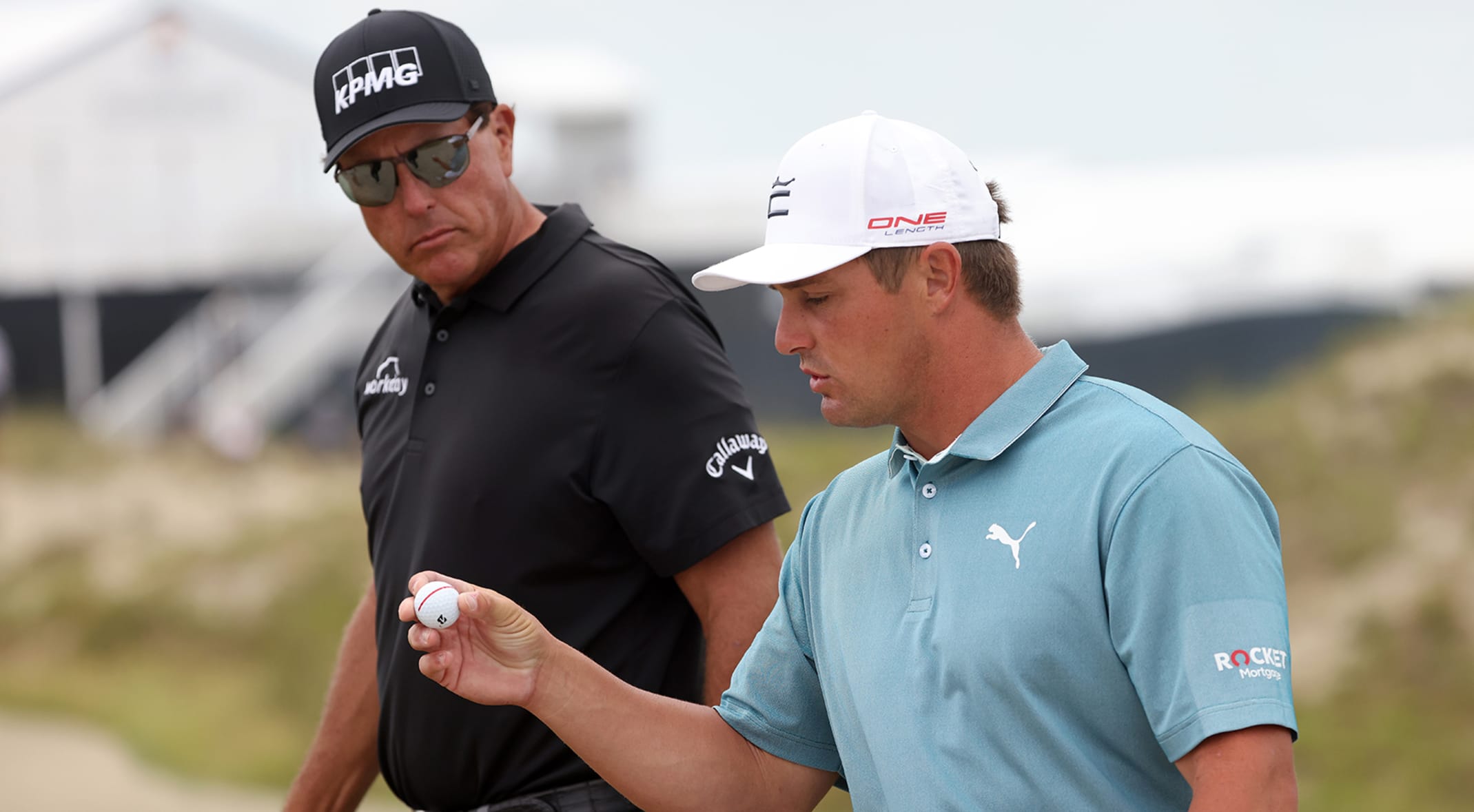 Phil and Bryson will square off with the two QBs at partners.

Brady & Mickelson Vs. Rodgers & DeChambeau: See You In July!

With Tiger Woods on the mend and TNT wanting to bring back another edition of  “The Match” — it has called on U.S. Open champ Bryson DeChambeau to team with Aaron Rodgers to challenge Phil Mickelson and Super Bowl winning quarterback Tom Brady from the Tampa Bay Buccaneers.

There’s a twist to this one.  The last match pitted Tiger Woods and Peyton Manning against Mickelson and Brady with Woods and Manning prevailing on the last hole.

That match was played at The Medalist in Hobe Sound, Florida.

This year’s match will take place on July 6 and that totally rules out a Florida venue, lest everyone melt.

This return of The Match will be played in Big Sky, Montana.  Yes, you read that right.  They will play at Moonlight Basin, a course ranked third overall in the state by GOLF magazine.

Moonlight Basin is a true mountain course designed by Jack Nicklaus and sits at an altitude of 7,500 feet — so it’s going to be bombs away for DeChambeau and Mickelson at that kind of altitude.

There are severe elevation changes on the course — the first tee sits 200 feet above the fairway.  The actual back tees at Moonlight Basin measure 8,000 yards which would translate to 7,200 at sea level.

If this is a close match on the back nine, the course will add some drama with three par threes, three par fours and three par fives.  On of those par fives measures 777-yards.

Playing in Montana will make for primetime viewing on TNT.

Alex Cejka won the first major of the senior season at the Regions Tradition and now he’s off to a great start at the Senior PGA Championship.

Cejka got out early and posted a three-under par 67 at the restored Southern Hills Country Club in Tulsa.

U.S. Ryder Cup captain Steve Stricker was looking to tie him or overtake him.  Stricker was three-under with two holes left to play when storms halted play at 3:48 Central Time.  By 6 p.m., officials decided to call it a day.

Miguel Angel Jimenez, Mike Weir and John Riegger all finished their first rounds before the weather rolled in and each shot 2-under 68.

Round one will resume early Friday morning and upon completion, they’ll play until dark, weather permitting.

Friday is the final day of Group round-robin matches at Shadow Creek, the ritzy site for the LPGA Match Play.