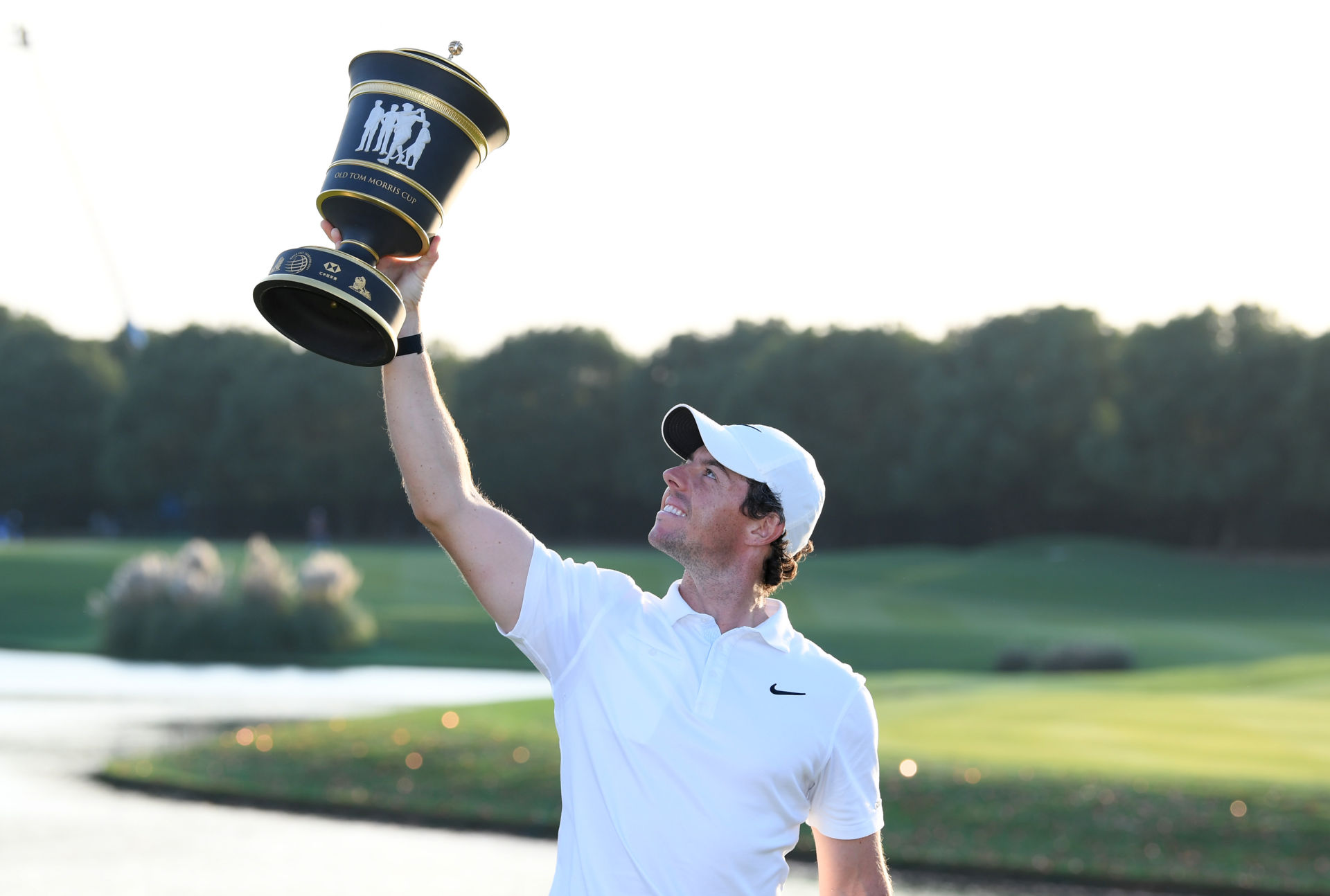 Rory got his fourth win of 2019 in a Sunday Shanghai playoff.

Rory’s on a roll.

No doubt about that.

Rory took care of business in Shanghai on Sunday, but it wasn’t as easy as it should have been — things never really are in the world of high-profile professional golf.

Rory McIlroy took a one-shot lead into the final round of the WGC HSBC Championship.  His task was to out-play aging Louie Oosthuizen and world’s No. 9 Xander Schauffele, who just happened to be the defending champion.

Young Matt Fitzpatrick was in the hunt going to the last day but he needs a bit more seasoning.

In the meantime, expectations for Rory were high, this would be his fourth win of an incredible season, at least that’s what most were thinking.

Rory was Rory early, a couple of missed short birdie putts at the second and third kept Louie and the X-man squarely in contention.  By the turn at Sheshan International, Rory put up three birdies, got it to 18-under and was just a shot better than the “I’m making everything I look at” X-Man, who finished the front birdie-birdie-birdie.  Louie was starting to lose ground and he’d lose more early on the home nine.

It got down to Rory and Xander down the stretch.  Rory added his only back nine birdie at the par five 14th then watched Schauffele two-putt the par five finishing hole to tie him at 19-under.

Rory made quick work of Schauffele in the playoff.  Rory ripped one of those monster drives of his, 326, dead center of the fairway and Schauffele, who birdied the 18th in every round, hurt himself when he went wide left into the thick stuff.  He had no choice but to lay-up on the 528 yard hole and he had no choice but to watch Rory buzz a stock, driving range four-iron from 224 that found the green and settled just 25-feet from the cup.  “Perfect number for a four-iron” Rory would confirm afterward.

Xander hit a nice shot from 130, left himself one of those 12-footers that he poured in like mad over the final 36 holes.  But this one wouldn’t go and Rory sank his birdie putt from inside three feet to cap off a bogey-free final 36 holes.

This version of Rory made clutch putts down the stretch, he made crucial up-and-down pars from off the greens three times.  He didn’t miss any five-footers, like he has been prone to do the past couple of years.

No, Rory had all the right moves.  “I played conservatively when I needed to,” he pointed out.  And with his monster length, that’s something that will benefit him in the coming season.

Perhaps Rory kept in his mind the disrespect Brooks Koepka showed two weeks ago when he took a pot-shot at Rory with this:

“I’ve been out here for, what, five years. Rory hasn’t won a major since I’ve been on the PGA Tour.”

You can bet that stuck with Rory, who insists that he and Brooks “are friends” but we all know better.  Not sure Koepka has any friends on tour with his “I’m better than everyone else” attitude.

As for Rory, we’ll see him in two weeks at the DP World Tour Championship in Dubai, where he has a nice track record.

After that:  “I’m going to take two months off,” Rory revealed.

“I’m getting there,” Rory said smiling.