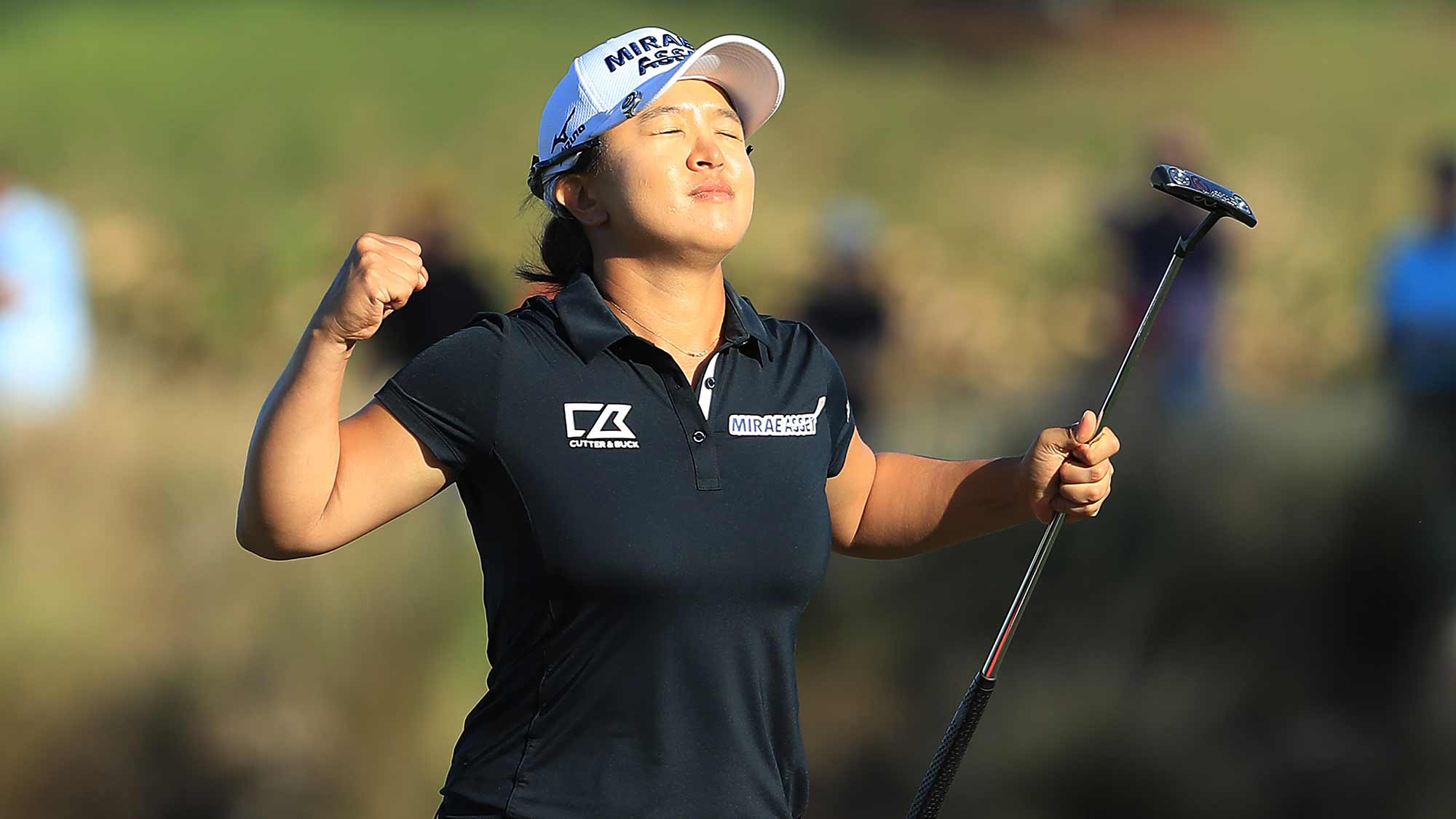 Sei Young Kim rolled in a clutch birdie putt for victory a the 72nd hole.

Sei Young Kim started her Sunday with the lead at the CME Group Tour Championship and held it for 17 holes.

She stood on the tee of the 18th hole at Tiburon Golf Club and suddenly she found herself tied for the lead when Charlie Hull rolled in a dramatic birdie putt, her third straight to finish a round of 66 that got her to 17-under par — the number Kim stood at with one hole to play.

Kim’s task was daunting — make birdie or go into a playoff for $1.5 million — the richest single prize in the history of women’s golf.

The nine-time winner on the LPGA Tour spent most of the day fighting off challenges from Nelly Korda, Danielle Kang and Brooke Henderson.  Kang put on the day’s best show with a closing 65 that gave her the lead in the clubhouse until Hull’s birdie-birdie-birdie performance over the final three holes.

Kim found the fairway then saw her approach settle 25 feet from the cup.  Hull was already getting ready for a playoff.

Kim put a perfect stroke on her putt and as it nestled at the hole, it looked like it might stay short.  But at the last moment, it had just enough to fall in for the winning birdie.

Kim’s two-under par 70 got her to 18-under and put the massive first place money in her bank account.

“I didn’t know Charley finished at 17 (under),” Kim said afterward.  “What if I couldn’t make it? I could go to a playoff. It’s not good for me. It was really nervous when walking through hole 18. I was like: ‘OK, not a big deal. Try to play like a practice round.’ Even then, I was really nervous.”

Nerves aside, the putt fell and Kim celebrated while Hull thought of what might have been.  “I gave it my best shot,” said Hull, who won $480,000 for solo second place.  It was enough to make a mediocre year a lot better.  She earned just $405,961 in her previous 21 events this season.

Korda, who started the day just a shot behind Kim, tied for the lead with a birdie on the fourth hole.  Things started going south for her when she failed to birdie the par-five sixth, then took another bogey at the ninth.  Another bogey at the 11th put her three shots behind.  She’d never recover although a birdie at the closing hole earned her a tie for third with Kang at 16-under.

Korda, who could have moved to No. 2 in the world with a win, said the $1.5 million wasn’t something that effected her. “I thought about it once today,” Korda said of the money. “I was just out there trying to play some golf.”