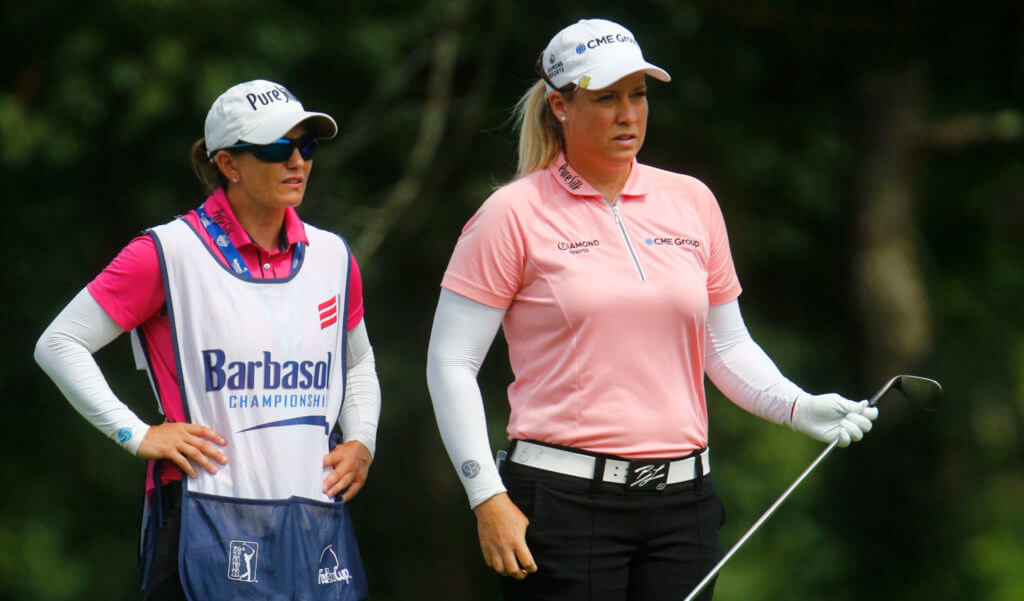 Brittany Lincicome's caddie, Missy Pederson, has been fighting the virus.

The Corona Virus has hit a recognizable team on the LPGA Tour.

Missy Pederson is considered one of the best caddies on the tour, toting the bag of Brittany Lincicome.  Pederson has revealed that she contracted the bug.

Two weeks ago she began experiencing tightness in her chest and other symptoms followed.  She has recounted how she then had a painful headache and fever followed by sleepless nights.

Then her sense of smell and taste vanished.  She went to an urgent care center and was tested but she was pretty sure of the results.  Nearly a week later test results confirmed she had contracted COVID-19.

Pederson is the first player or caddie from the LPGA Tour to announce she has the bug.

“I know I would be considered a mild case, but this is probably the sickest I’ve ever been in my life,” Pederson said.  She explained that her fever was breaking earlier this week but she remains in self-quarantine.

The LPGA Tour is scheduled to get back in action at the Marathon Classic in Sylvania, Ohio on July 23.

Pederson and Lincincome will have a decision to make.  Lincicome gave birth to her first child 10 months ago.  Pederson is hoping she will have immunity when it’s finally time to take up Lincicome’s bag but cannot be certain. “We don’t even understand if antibodies are permanent,” she said. “I’m not going to put myself in position to be a threat to Brittany, Emery (baby) and ‘D’  (Lincicome’s husband Dewald Gouws).  It would be a huge relief to know that I’m not.”

“I am a reference point now,” Pederson explained.  “It’s is no longer a hypothetical. It’s no longer just a media story. You do know somebody personally who has it, and it is something to take seriously.

“There’s so much uncertainty in all of this,” Pederson said. “There’s such a constant influx of constantly changing information, every day. Who knows where we will be in July.”