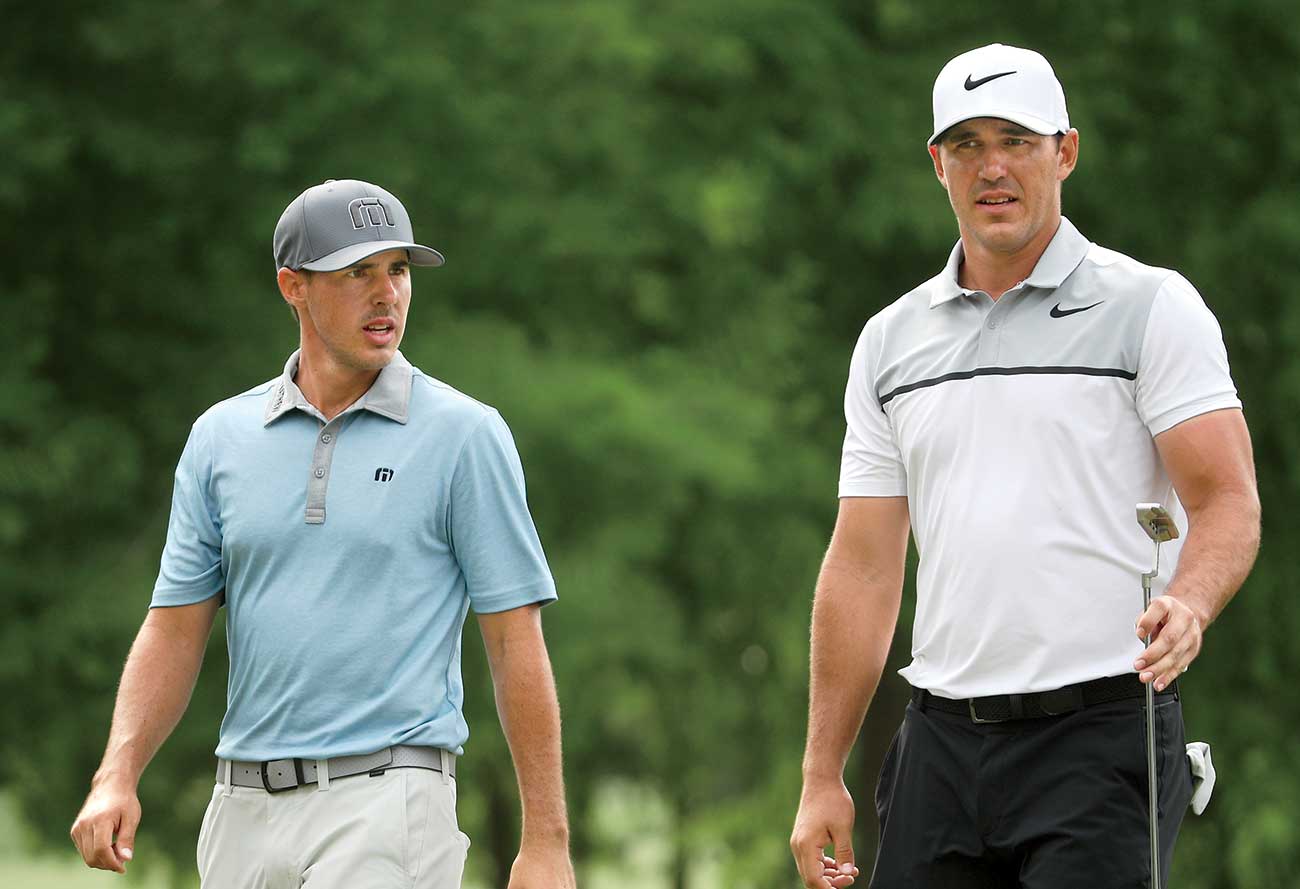 Brooks Koepka: Did He Play In Vegas Just So His Brother Could?

This one didn’t make a lot of sense.

Brooks Koepka does not like to play in what he calls “easy” events — those tournament where the winning score is north of 20-under par.

Yet there was the world’s No. 1, teeing it up last week in Las Vegas at the Shriners Hospitals For Children event.

Add the shocking revelation that Koepka had a stem cell procedure on his knee in early September and you might wonder aloud why he played?

The answer was simple.  Brooks played so younger brother Chase could get a sponsor’s exemption.

Of course Brooks was indifferent.  He managed to shoot just one-under par after two rounds on a course that was giving up birdies and eagles by the dozen.  He didn’t come close to making the cut but his brother did.  Chase shot 66-69, a good start, but it all fell apart on Saturday when he shot 75 and fell to dead-last in the field.

By Sunday, Chase recovered with a three-under 68 but all that did was get him solo 67th.  It showed why Chase is struggling with his game and looking for a place to play.  He lost his European Tour card, was stuck in the mire of the Challenge Tour over there and not doing anything there either.

Now he’ll try and qualify for the Korn-Ferry Tour.

Good news is Chase doesn’t have to look for a sponsor.