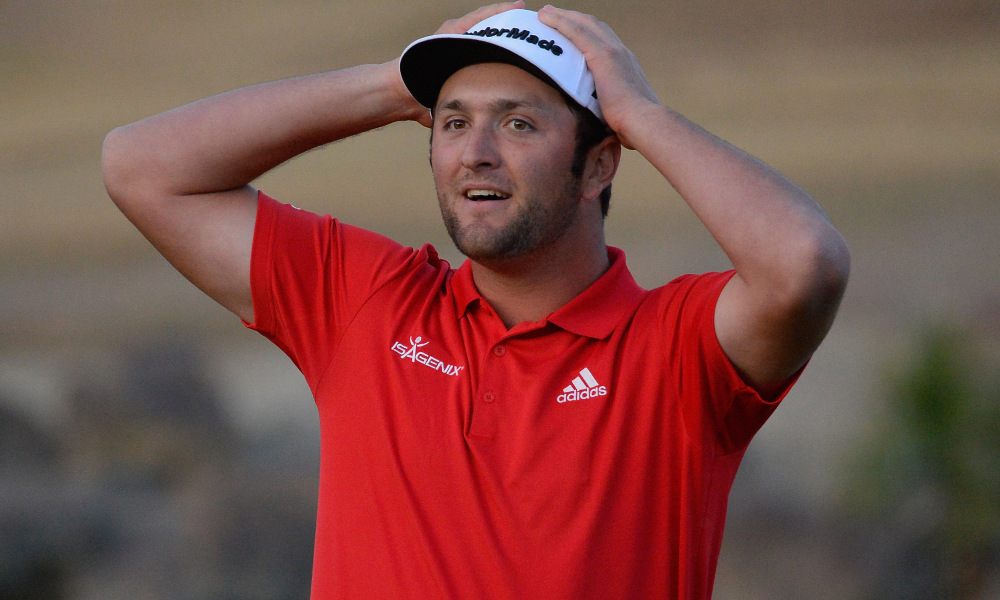 It was no contest in Madrid as Jon Rahm won his second straight Open de Espana.

There was no doubt in anyone’s mind that Jon Rahm would win the Open de Espana.

Everyone in the country knew it, he basically guaranteed victory with a stunning final nine holes on Saturday afternoon at the Club de Campo outside Madrid.

Rahm birdied the 10th hole then starting at the 12th,, ran off four straight then just for good measure, drove the green at the par four 16th and made eagle there — he shot 28 coming home and 63 on the round.  He was 17-under through 54, looking for a tournament record on Sunday.

Rahm started the final round with an eagle at the par five fourth then added birdies at the seventh, ninth and 10th holes.  He was 22-under, eight ahead and cruising.  The only question was who would finish second?

A bogey at the  17th cost Rahm the tournament scoring mark but his final round 66 was good enough to tie the mark at 22-under.  Rafa Cabrera Bello gave the huge Spanish crowds more reason to cheer, he finished with three straight birdies and shot 66 for solo second at 17-under.

But the week belonged to Rahm, who became the first player to repeat as winner of the championship.

Rahm was thrilled with his fifth title on the European Tour.

Rahm also got to five wins in fewer total events than any Spanish player, the late Seve Ballesteros included.

“He (Ballesteros) did turn pro a lot earlier than I did so age-wise I think he’s beaten me. Still, to beat Seve in something, it’s unbelievable. He’s one of the main references from European golf and world golf in general.  It’s great that I’ve done it here, to beat Seve’s record with his last professional win being at this course as well, it’s very special for me. Any time I can do anything close to what he did is unbelievable,” Rahm continued.

Rahm was also thrilled at the crowds.

“That’s why I’m here. trying to make Spanish golf bigger and grow the sport in Spain like he did. Hopefully with these wins I’m doing a decent job.”

Gary McCord: Can He Save The Turkey Leftovers Of “The Match III”

Dunhill Championship: Golf With A Side-Order Of Safari

Bradley Hughes Saved Brendon Todd — He Can Help You