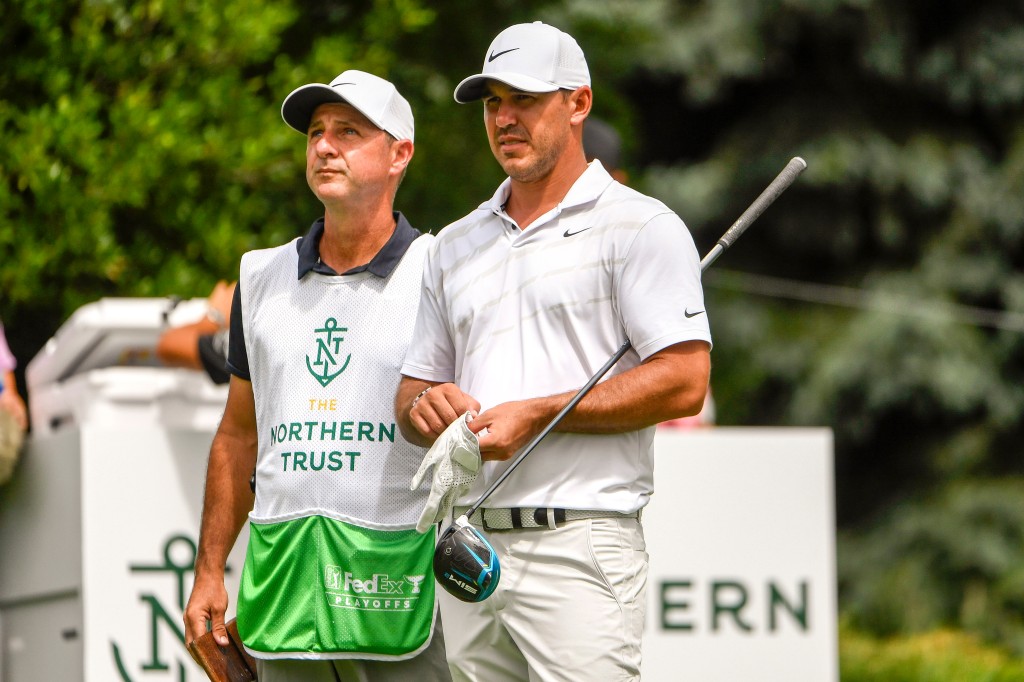 After going 68-67 the first two rounds, he was wandering aimlessly around TPC Summerlin on Saturday and Sunday,, shooting 72-73 — three over par while all the contenders were going so low it looked like birdies were on sale — make one, get one free.

While Sungjae Im was shooting 24-under par, Brooks finished 20 shots higher, landing himself in a tie for 67th.  Thank goodness for Graeme McDowell and Bill Haas.  They both finished over par to keep Brooksie from finishing dead last.

Raise your hand if you were unimpressed by Koepka’s first post Ryder Cup outing.  Thought so.

Maybe it’s that trick knee that’s still bothering him, the one that forced him out of the Tour Championship and the one that had his Ryder Cup participation up in the air for a while.  Maybe it’s simply the fact that Brooks, as he’s admitted in the past, doesn’t get all that excited about regular Tour events.

While brings us to that poolside chat with Golf Digest a few months ago.  You know, the one where he sounded like it would be unsurprising to him if he caught and passed Tiger Woods’ 15 major championships and he even had the audacity of boast that he could catch Jack Nicklaus.

One would think if that’s the case and he’s the next best thing since Tiger, he might, you know, want to at least “Contend” a little more often in these weekly, run-of-the-mill PGA Tour events.

Which brings us to this week’s CJ Cup, the event that is basically the pride of South Korean comglomerate — the C.J. Group.  For the record, the C.J. Group is a South Korean mega-conglomerate holding company headquartered in Seoul. C.J. Group is seemingly into everything — businesses in various industries of food and food service, pharmaceutics and biotechnology, entertainment and media, and home shopping among others, as if that’s not enough.  You saw the company logo last week on Sungjae Im’s cap while he was in the process of winning the Shriners.

Now this week’s C.J. Cup is once again back in the states for the second straight year.  It’s normally played over in South Korea, just off the mainland coast on the island of Jeju at Nine Brides.  The pandemic moved it to Shadow Creek last year but with spectators on site this week, Shadow Creek wanted nothing to do with the Hoi Polloi desecrating its money-laden, lushly-manicured grounds.  No, this week they’re over at the Summit Club and compared to last week, this field is quite elite.

Truth be known, this may be the last time you see this many big names gathered in 2021.

One would think with a field like that — perhaps Koepka might want to try a bit harder.  Just imagine, Brooks, for just a moment, that it’s a major because a lot of those guys are exactly who you will have to beat if you intend to win 15 majors much less 18.

So maybe, perhaps maybe Brooksie can find a little more motivation this week.

Note to Brooksie — no cut this week — so let’s see if you can at least muster your “B” game.