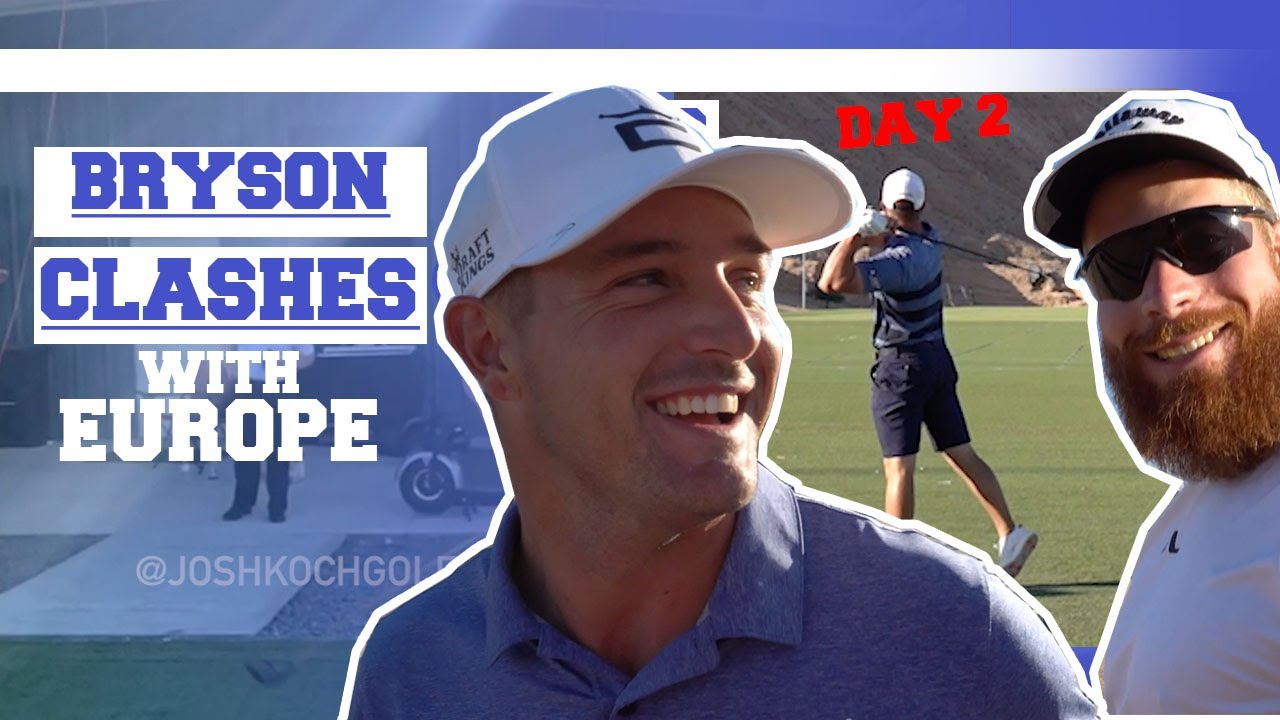 Posted By: Tom Edringtonon: October 13, 2021In: The Lesson Tee2 Comments

Josh put together a great video of Bryson DeChambeau’s first-ever appearance at the championship and it’s a great one — it will give you some great behind-the-scenes action from Bryson and other, particularly German champion Martin Borgmeier, who hit it off with Bryson in a big way.

Borgmeier’s swing is more refined than typical of the long drivers but this competition is heading that way.  Borgmeier is also a very tall, muscular competitor — this guy works out — a lot.

Borgmeier hits us up with the line: “Who’s the new Puma kid out there?”

You’ll enjoy watching Bryson “let it all go” in this entertaining video — you’ll also hear a lot from Bryson as he talks about competing for the first time in this event.

A couple of tidbits from Bryson:

“Beyond better than any speed session I’ve ever had in my life!”

“A lot more difficult than I thought it would be!”

Bryson had a great time and was perhaps more comfortable with these guys than his fellow players on the PGA Tour.  Didn’t take long for Bryson to fit in as “one of the guys” in this blast of a week.

So click on this video, sit back and enjoy and thanks once again to our guy — Josh Koch — who finished 11th overall at the championship.