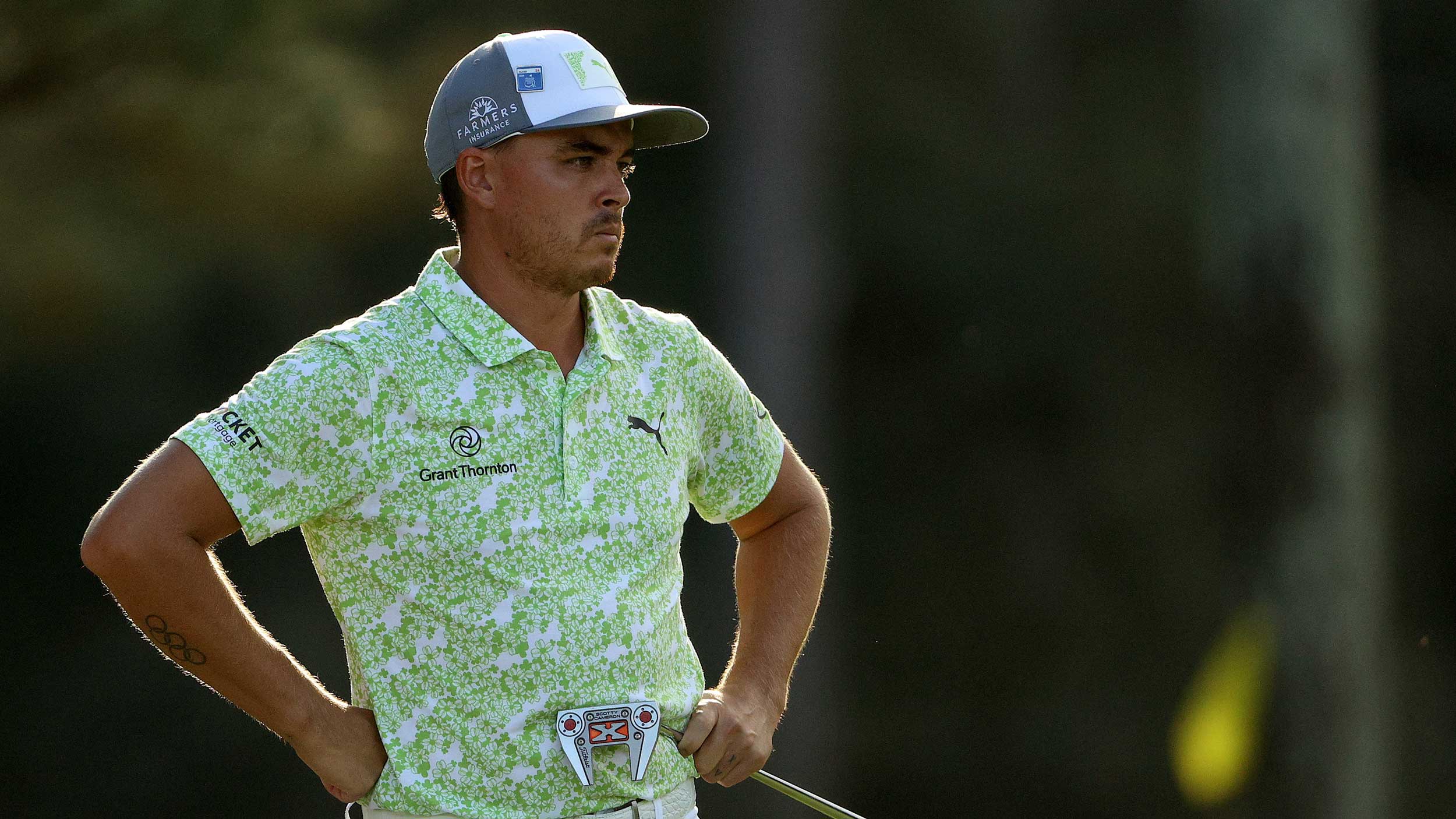 Rickie Fowler has fallen to a lowly 126 in the Official World Golf Rankings.

Sad as it is, that’s where Rickie has landed this week and America’s Endorsement Hero had to rely on a sponsor’s exemption to get into this week’s field at the CJ Cup.

Rickie came back to the PGA Tour last week after a whopping seven weeks off.  That’s forever for someone like Rickie.  Things didn’t go too well for Rickie on day one at TPC Summerlin — he posted a one-over par 72.  He fought his way back last Friday, shot 66, but at four-under, came up a shot shy of making the 36-hole cut.

Perhaps Rickie found something in the second round that he can take to the Summit Club this week.

Rickie long-running slump has been a head-scratcher.  Some have quietly wondered about Rickie’s motivation these days.  He’s making a fortune doing commercials for everything from Rocket Mortgage to Corona Light.  Yeah, Rickie sitting in a sand trap in a beach chair with a bucket of Coronas chilling next to him doesn’t paint a picture of a guy that’s hungry for a PGA Tour win.

Truth be known, Rickie hasn’t won since 2019 in Phoenix.

Truth be known, the PGA Tour’s a better place with Rickie in contention.

But perhaps Butch Harmon was prophetic.  When he was working with Fowler, Butch didn’t pull any punches when he asked Fowler:  “Do you want to be a player or a Kardashian?”

Note that Rickie left Butch in 2019.  Hasn’t won since then.

Golf’s governing bodies have spoken and they’ve chopped the length off of driver shafts.

The USGA and R7A announced this week a new model local rule that will reduce the maximum length of driver shafts from 48 to 46 inches.

The rule, which goes into effect Jan. 1, will allow the various tours the option to implement a local rule (MLR G-10) that will cap driver length at 46 inches.

he USGA and R&A said that their research into the topic of distance  first began in 2014.  A proposal to limit the length of driver shafts was put forward in 2016 but shelved a year later once the governing bodies dove into the Distance Insights Project.

“Looking at the game and looking at the trends now of golfers at the highest level beginning to explore [lengthening] or lengthen their clubs, we thought the time was appropriate to go ahead and allow for a model local rule to be available that we only intend to be used at the highest level, so the professional tours or the elite amateur events,” Thomas Pagel, the USGA’s senior managing director of governance.  Pagel added that the change  “is not going to impact any recreational golfer.”

The PGA Tour will adopt the change starting on January 1, 2022.  It won’t affect most players.  Even Bryson DeChambeau’s shaft is a bit less than 46 inches.

One big name who it will affect is reigning PGA champ Phil Mickelson, whose driver is 47 inches.

Mickelson wasn’t happy and showed it on social media:

“‘Stupid is as stupid does.’ Mrs Gump,” Mickelson tweeted. “Really though, are the amateurs trying their best to govern the professional game the stupid ones? Or the professionals for letting them?”

At least everyone knows where Phil stands on this, channeling a line from the movie Forest Gump.  More important — Lefty won the 2021 PGA Championship with a 47-inch driver.

PGA Tour Jacks Up Money For Players Championship and Tournament Of Champions:

The PGA Tour is fattening the already fat purse for the Players Championship.  Starting next year, the purse for The Players will be $20 million, making it the largest purse on Tour for a traditional stroke-play event.

The purse for the winners-only Tournament of Champions will jump to $8 million with $1.44 million going to the winner.

Now the Tour is going a step further.  There will be a new bonus program called “Play 15 Bonus,” with $50,000 going to any player who participates in at least 15 events in a season.

The Ryder Cup, Presidents Cup and Olympics will count toward those 15 events.

J.T. Left Most Of His Ryder Cup Gear In Locker Room:

You wonder what those guys do with all their cool Ryder Cup gear.  Well, no need to wonder what Justin Thomas did.  He left most of it behind, in the team locker room.

Here’s a thought for Ryder Cup guys who accumulate too much of that stuff:

Auction it off with the proceeds going to your favorite charity.